The tradition of Maine boatbuilding has kept Sabre Yachts afloat 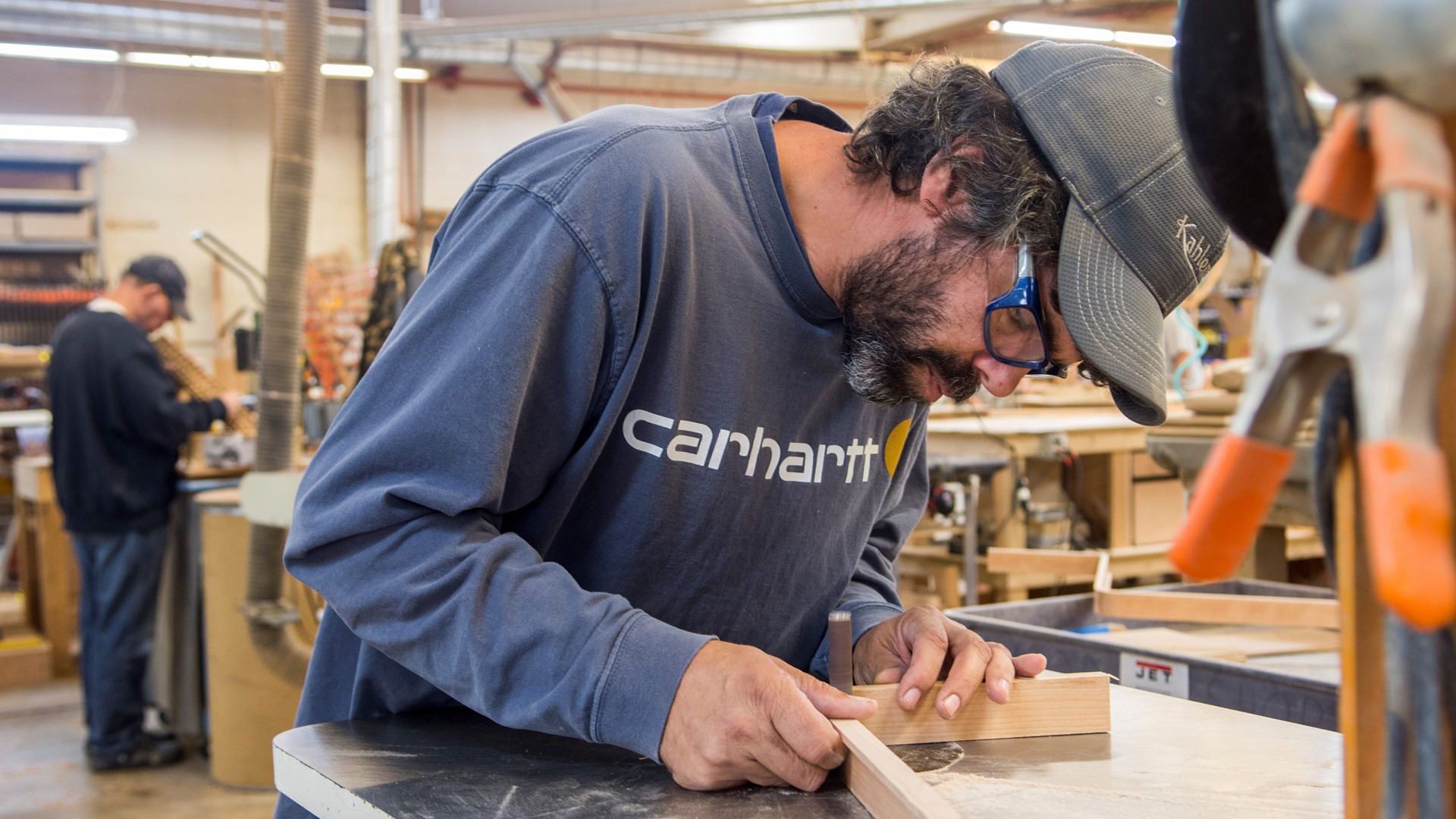 RAYMOND, Maine — Back in the 60’s, Roger Hewson and his wife Charlie were at the helm of a construction business and he had a penchant for designing sailboats. He sketched out and built a 26 ft sailboat he called a “Sabre Scow” using the name 'Sabre' because of the long sleek shape of the boat.

Charlie Hewson’s grandparents came to Maine in 1907 and bought property on Sebago Lake – that eventually brought  Charlie and Roger to Maine. Fifty years ago, with a passion for designing sailboats - and the perfect place to do it – they laid the groundwork that would launch Sabre Yachts.

Daniel Zilkha joined Sabre Yachts about 26 years ago. Up until that time, the company had built not only sailboats - but also a sterling reputation. "The founder of the company was a man who cared a great deal about details and about building a boat properly. He cared about the product and he had a very clear vision as to the balance between cost and almost – luxury. It was a very good, upscale boat," says Zilkha.

But Sabre was struggling.

"What existed already here was an extraordinary group of people that were still building some boats – not very many of them because their company was on the verge of being closed down."

Sabre credits its ability to stay afloat to a talented and devoted crew of boatbuilders. Aaron Crawford oversees the design end of things – and knows that the teams that work on each Sabre have immense pride in the work that they do. "There’s a tradition in the product that we build."

1 / 22
NCM
It takes an enormous work space to build boats that are "homes that move".

The family of motor yachts that Sabre now offers are built on the well-earned reputation of skilled Maine boat building – a tradition that is widely known throughout the boating industry.

"If you ask somebody in California or Washington State or Missouri who builds the best boats in the country they’ll often look at New England and say “Maine’s really the place where great boats get built'," says Bentley Collins, Vice President of Sabre Yachts. "This Downeast style is something that has become culturally part of every boating community in the United States."

Sabre no longer builds sailboats but focuses solely on motor yachts. And it’s been smooth sailing since they made this transition.

On this day, several yachts were underway – as woodworkers meticulously cut and sand wood that will be window frames, table tops or headboards.

Sabre now employs about 350 craftsmen and women and builds about 50 boats a year from this location. To learn more about Sabre Yachts, you can visit their website at https://www.sabreyachts.com/ .

RELATED: After more than twenty years, the owners of a Maine windjammer sail into the sunset