Katie Spotz has been rowing, swimming, cycling and running great distances for the last decade so that people she will never know can have clean water. 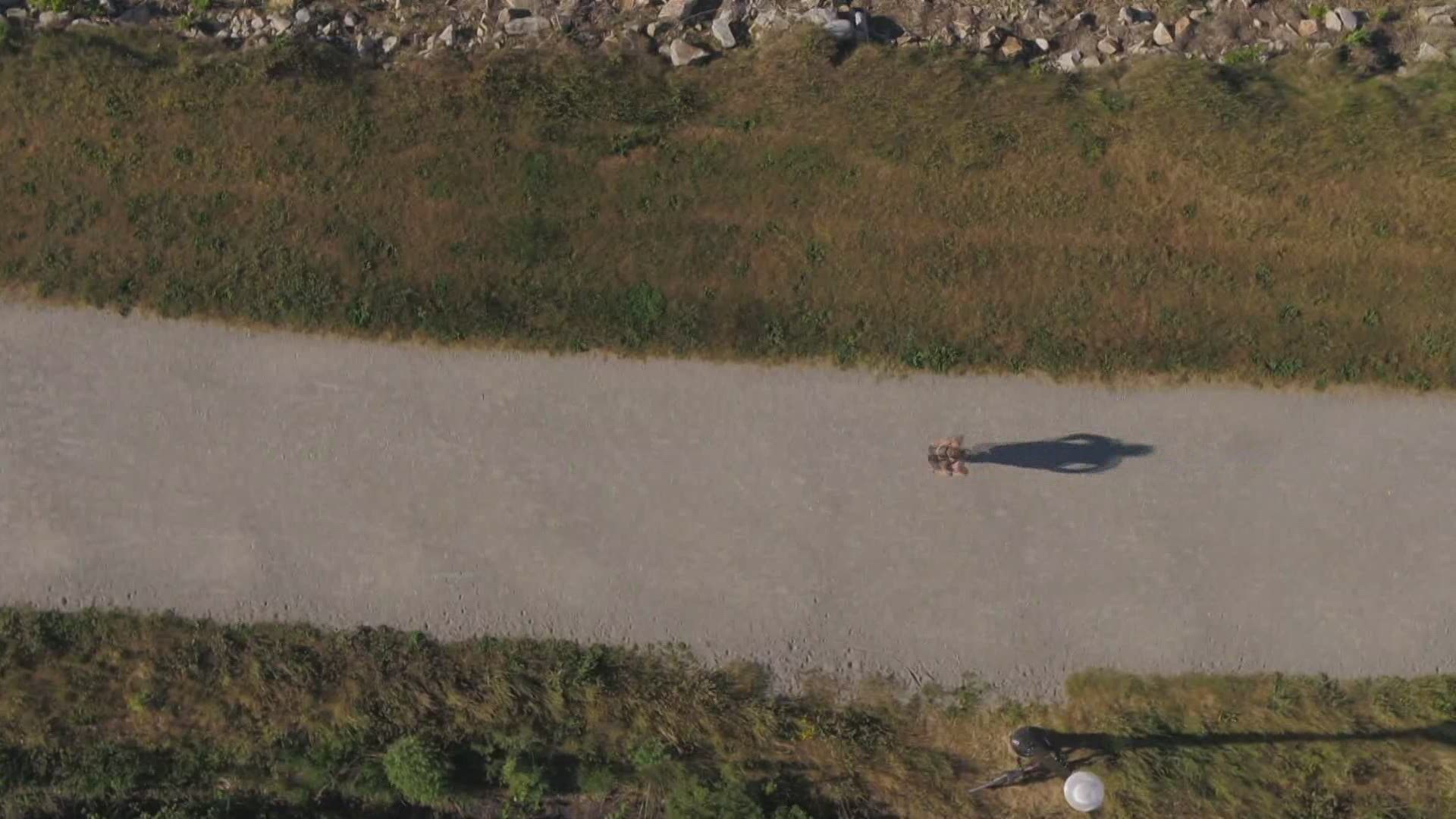 PORTLAND, Maine — On Labor Day weekend Katie Spotz will attempt to run farther than she ever has before. The Ohio-native, who recently moved to Maine with the Coast Guard, will run from the Maine-Canadian border at Coburn Gore to Belfast: 130 miles in about 30 hours. No sleep, just a few breaks to change her socks and shoes.

The reason why: to raise money and awareness about clean drinking water. Spotz has been raising awareness for the cause over the last decade and along the way she has racked up some impressive world titles. In 2010, Spotz became the youngest person to solo-row across the Atlantic Ocean from Africa to South America. It took her 70 days, out on the open ocean, without outside aid, facing sharks, fires, storms, and sleep deprivation to row 2,817 miles. Her journey raised close to $150,000.

In 2008, Spotz swam the entire 325-mile length of the Alleghany River. She's run three 100 mile races, six triathlons, and three marathons all so that people she will never meet can have safe drinking water.

Spotz got turned onto the importance of clean drinking water when she was in college. A professor said the wars of the future would be fought over water. Spotz says that small sentence spurred dozens of questions and started to define her life's mission. At the same time, she had a growing love of endurance challenges. She says marrying the two was a natural fit.

"It just made it all the more worthwhile knowing that these miles matter that these, miles could help someone," says Spotz. Over the past decade, she has raised more than $270,000 for clean water projects around the globe. The good news she says is that clean water isn't costly, about $60 can supply someone with clean drinking water for life.

1 / 7
Katie Spotz
In 2010, Spotz became the youngest person to solo-row across the Atlantic Ocean from Africa to South America.

"I hope I'm just a mirror to everyone who wonders what they're capable of. I'm doing this for us, so I can say, WE can do that and you may not want to run 100 miles but I am just encouraging others to kind of explore what is truly possible," says Spotz.

Of all the endurance challenges she completed, Spotz says the hardest thing she's ever done was run her first mile. She was taking a physical education class in High School and although she had never run a mile before decided she should at least try. That one mile which she says was the hardest challenge she has ever done has spurred her on to travel thousands more.

"I don't know if there's ever been an endurance challenge that I haven't had moments of doubt and that's kind of the whole point. To reach your edge you have to meet it and then you have to move beyond it."

Spotz hopes to push through one more edge Labor Day weekend and spread the word about clean water.

RELATED: Running against time | 68-year-old Sanford man proves you're never too old to start picking up the pace

RELATED: Driven to succeed in every aspect of her young life