The Wood Island Life Saving Station in Kittery is two years away from being completely restored after nearly 60 years of neglect. 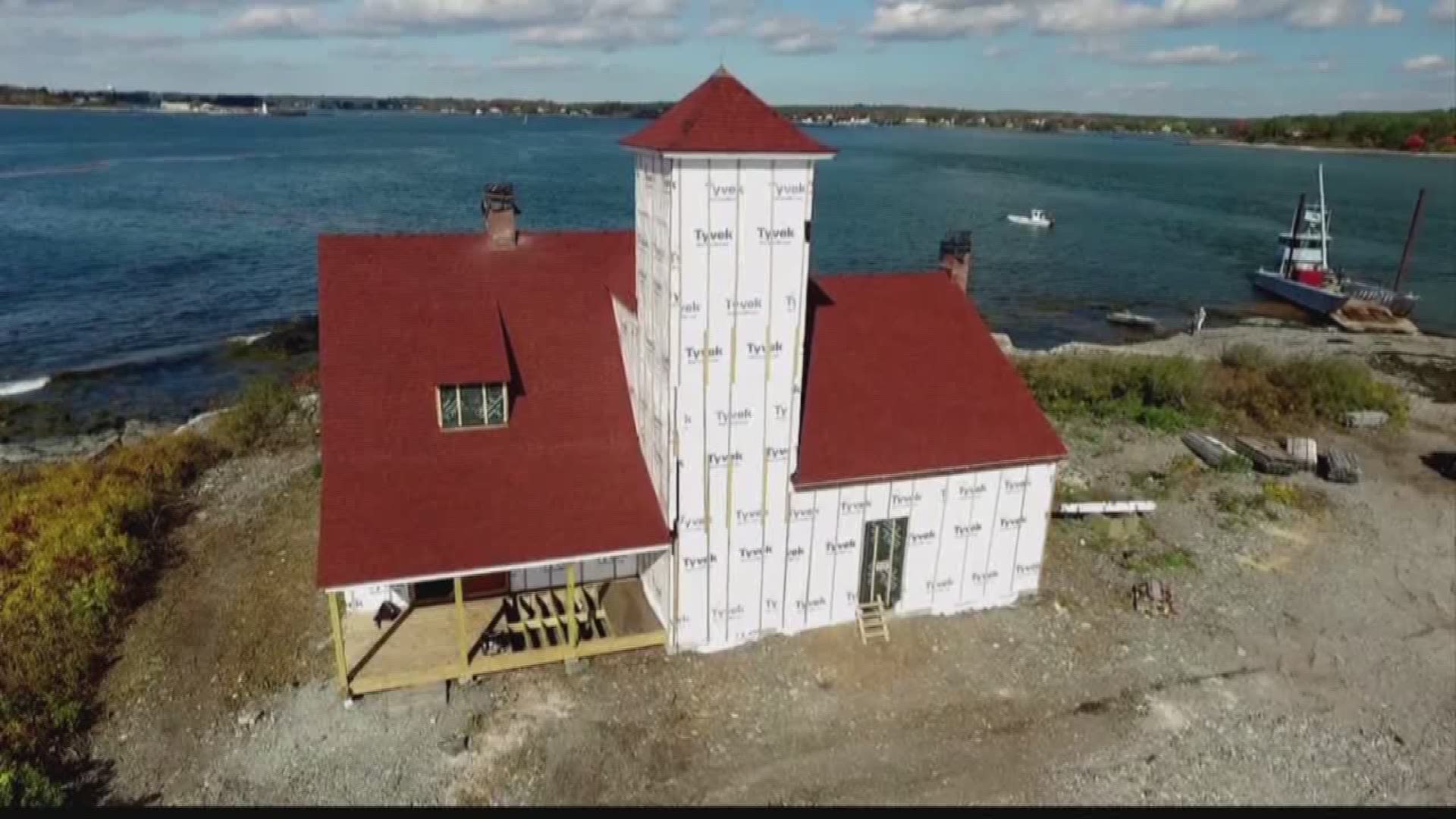 KITTERY, Maine (NEWS CENTER) -- The Wood Island Life Saving Station in Kittery is close to looking as good as it did a century ago.

The $2.5 million project is in its fifth year of work after the Wood Island Life Saving Station Association (WILSSA) was formed in 2011 to restore the building at the mouth of the Piscataqua River. The station was built in 1908 and housed surfmen who saved around 300 people from storms and shipwrecks. With advances in navigation and communication, the use of the station became obsolete and over time it was the building that needed saving.

"Last year was the clean up and the structural work and this year is finishing the exterior, so last year we had fifteen men working on the clean up," said WILSSA president, Sam Reid.

The city of Kittery acquired the property in 1973 from the United States Department of the Interior. It's been neglected for nearly 60 years, until now. The work on the property hasn't gone unnoticed by local fishermen like Kenneth Lemont. He's been passing Wood Island on the boat ride to his lobster traps for 42 years.

"People with an incredible vision," said Lemont. "They've looked at this building and realized something needed to be done. It's a treasure for the harbor. It's something that you can go by and look at once it's completed."

Reid is hoping that restoration of the building and grounds will be completed by the spring of 2019. Then it will be time to reuse Wood Island as a maritime museum where visitors will get the chance to come learn about the history of the station and the heroes who worked there.