Bill Baker wants to retire. The problem, he owns and operates one of the few public access points to a group of 60 islands off the coast of Stonington. 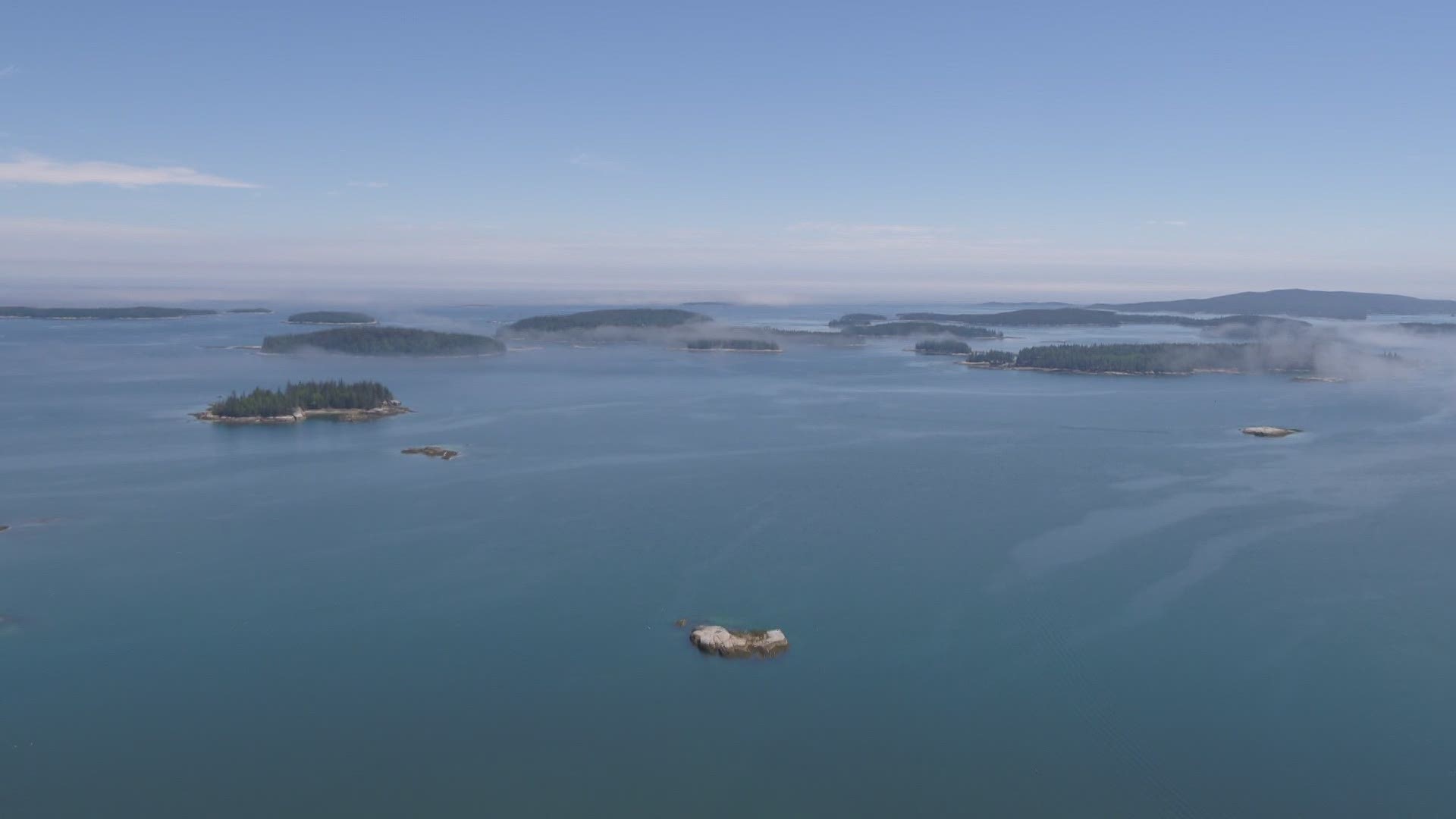 STONINGTON, Maine — UPDATE: A blow to Stonington and the paddling community as Old Quarry Ocean adventure - a campground that has been offering visitors access to 60 remote islands off the Maine coast for the last 20 years - has been sold to a private owner. Old Quarry has been a staple in the community drawing adventurers of all levels from all over the world and now it will be no longer.

The campground was sold in August to a private owner for under $2 million. The owner who is from New York state did not by the business. Founder of Old Quarry Ocean Adventures, Bill Baker had been working with the state and land trusts to try and save the business he created over the last two decades. Baker says he and his staff are crushed that the property was sold to a private owner.

That in and of itself isn't necessarily newsworthy. But Captain Bill, as he's known, has been running a campground and allowing thousands of people annually,  public access to a group of 60 islands off the coast of Stonington for the last 22 years.

Campground is too simple a term.

Bill owns and operates Old Quarry Ocean Adventures, 18-campsites tucked in the pine trees on an 8 1/2 acre piece of land with more than 1,000 feet of deepwater frontage. The 72-year-old offers kayak rentals and lessons, boating excursions, stand-up paddleboard rentals, guided tours, parking and so much more. Paddlers, sailors, and boaters have been enjoying the easy access his property and business provide to the 60 island archipelago, framed by Stonington and Isla Au Haut, considered one of Maine's finest set of islands, through Bill's business. (Archipelgo: a group of islands.) That public access is now in jeopardy.

In his own words, Bill Baker says he planned to live and die at Old Quarry but last summer that all changed. Plagued by daily headaches, Bill sought medical help. He got a CAT scan, even saw a psychiatrist. "She wanted to put me on medication. I said, no, I think this is stress." Days after closing for the season, Bill says the headaches stopped, he could breathe. It was then he realized he had to find someone else to carry on his legacy, but who?

Bill called a meeting of State agencies, Land Trusts, and others in the fall to discuss the future of Old Quarry. Many entities came to the table, in part because they recognize what a vital role Bill's property and businesses play in allowing the public access to islands - islands that many of them have been working decades to preserve - but also because of Bill's own reputation and merit.

"He's been an incredible link to the islands off of Stonington and Isla Au Haut," says Ciona Ulbrich, a senior project manager at Maine Coast Heritage Trust,  was at the first meeting and all the ones to follow over a five-month span. She considers Bill a friend.

It is hard to believe that water access is limited on an island.

But in Stonington and its neighboring town Deer Isle, getting to the water is not as easy as it would seem. In Deer Isle, there are only two public access points to the ocean and one has no parking. (The other is fairly new and was created by the Maine Coast Heritage Trust after several years of work.) In Stonington, there are three including Old Quarry, and the others also have limited or no parking.

"Maine has had such a long tradition of so many of the different uses tied to water being given by permission," explains Ciona. Generous landowners historically have allowed people to access the ocean by way of their property, but Ciona admits that is changing. The pressure on coastal lands and the price of them are impacting Maine's history of generosity.

Maine Coast Heritage Trust has been working for decades to preserve the world-class archipelago. After months of meetings, and no solution presented by the agencies, Bill says he was forced to put the business up for sale. Ciona says there simply wasn't enough time. To get the grant funding needed to transfer a property and the businesses that Bill runs would take years to figure out explains Ciona.

The listing price for Old Quarry is $1.9 million. Ciona says she is not giving up yet.

"There's always that possibility that the new owner may just make it into a McMansion and just close it to the public and we all know once it's gone it's gone forever," says Bill. Captain Bill, Ciona, and anyone who has ever visited are nervous that someone might privatize the land, which would be a major blow to the paddling community and the town of Stonington.

"Stonington can use the business. Every paddler and every family that shows up, shows up with a Visa card and they use them," says Paul Foster-Moore.

Within a two-hour paddle of the Old Quarry docks, dozens of granite and pine tree speckled islands are open for exploration. Many paddlers can camp on the untouched islands. It's a world-class place that offers a once in a lifetime experience every time you visit.

"One of the arguably best paddling areas for kayakers and sailors on the Eastern Seaboard of the entire United States," says patron Paul, who has been staying at Old Quarry for the last 15 years.

Captain Bill says he's still holding out hope and while he waits he's opening up for a shorter season, reservations start for July.