Jule Selbo's career brought her to Maine after working in film and television. 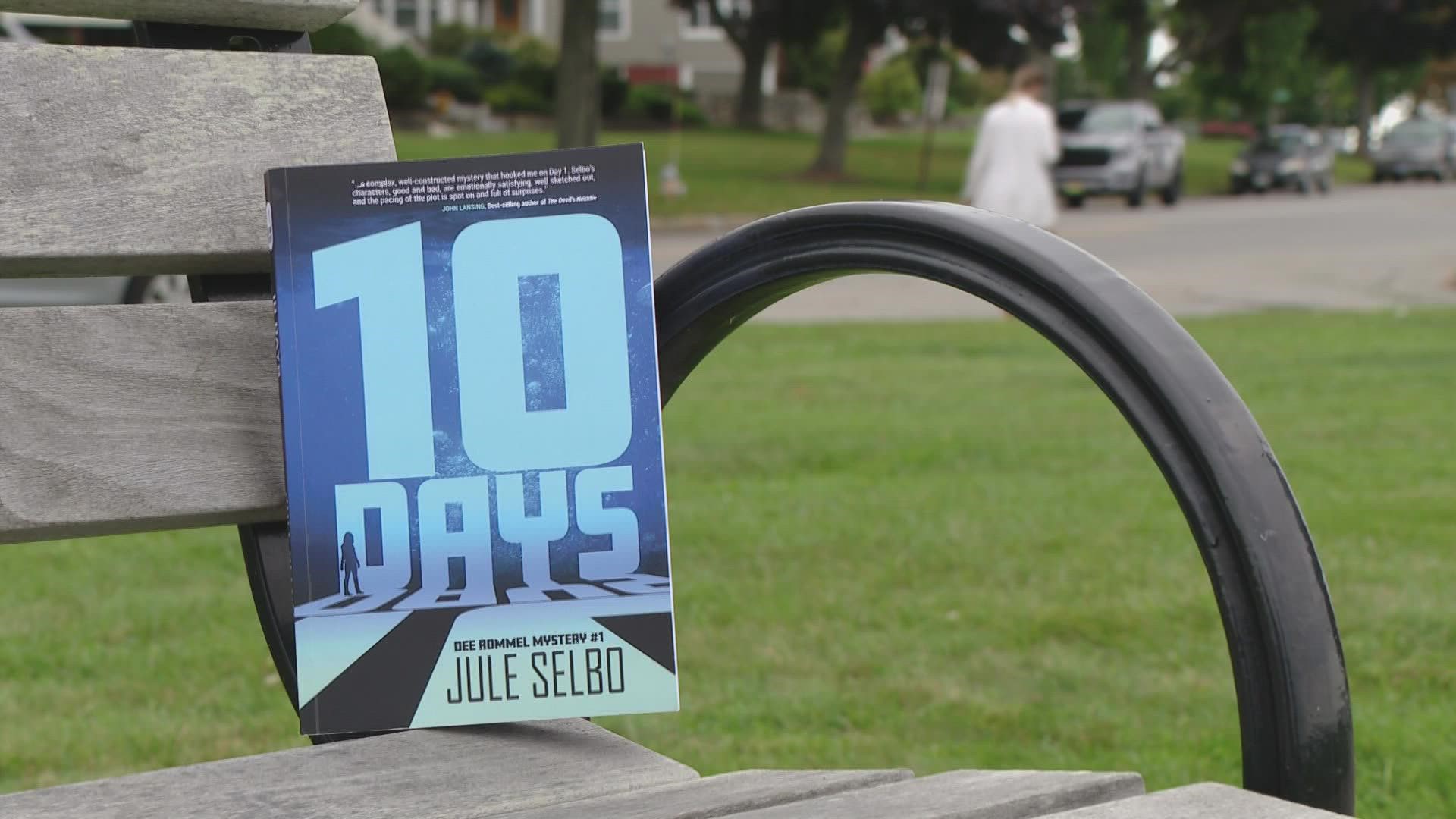 PORTLAND, Maine — Jule Selbo grew up writing, casting, and acting in plays, so it was no surprise when she found herself writing both for film and television, and creating off-Broadway plays. When life led her to Maine, she finally realized her dream of writing a crime mystery -- and she chose to set the story in a place that is very familiar to Mainers: the city of Portland.

"I always thought in my head maybe I would be a novelist," she said, adding that she hung around the film and television world a while longer because she was having a lot of fun.

"10 Days, Dee Rommel Mystery #1" was the culmination of a lifelong dream to write a novel in the crime genre. Selbo set the story deeply in Portland.

"I really fell in love with the city ... it is so gorgeous on the outside, but there is crime, there is 'the mean streets' and the underbelly," she said.

That's just the right setting for her main character, Dee Rommel, to unravel a few mysteries.

"She's single, she's got a big chip on her shoulder, she's got some friends, but she's basically out there toughin' it out," Selbo said of Dee, who is on medical leave after an on-the-job injury and still figuring out what her future will be when she finds herself involved in two very different cases.

Selbo walked around the city, visiting Munjoy Hill and the Western Prom, and frequented coffee shops and bars to pick up stories and develop her characters. That familiarity shines through in her use of recognizable places around the Greater Portland area.

"For me, character is everything," Selbo said. "And character is built with having tons of conflict, and flaws, and things coming against the character that they have to defend themselves against."

We will get to know Dee Rommel well, as Selbo plans to create a series around her main character. She is also already at work on her next crime novel, "Nine Days."