Pedaling with a purpose through 48 states in one month

Keith Morical set a world record on July 16, 2020 when he biked into Kittery, having cycled 7,100 miles in 31 days through all continental states. 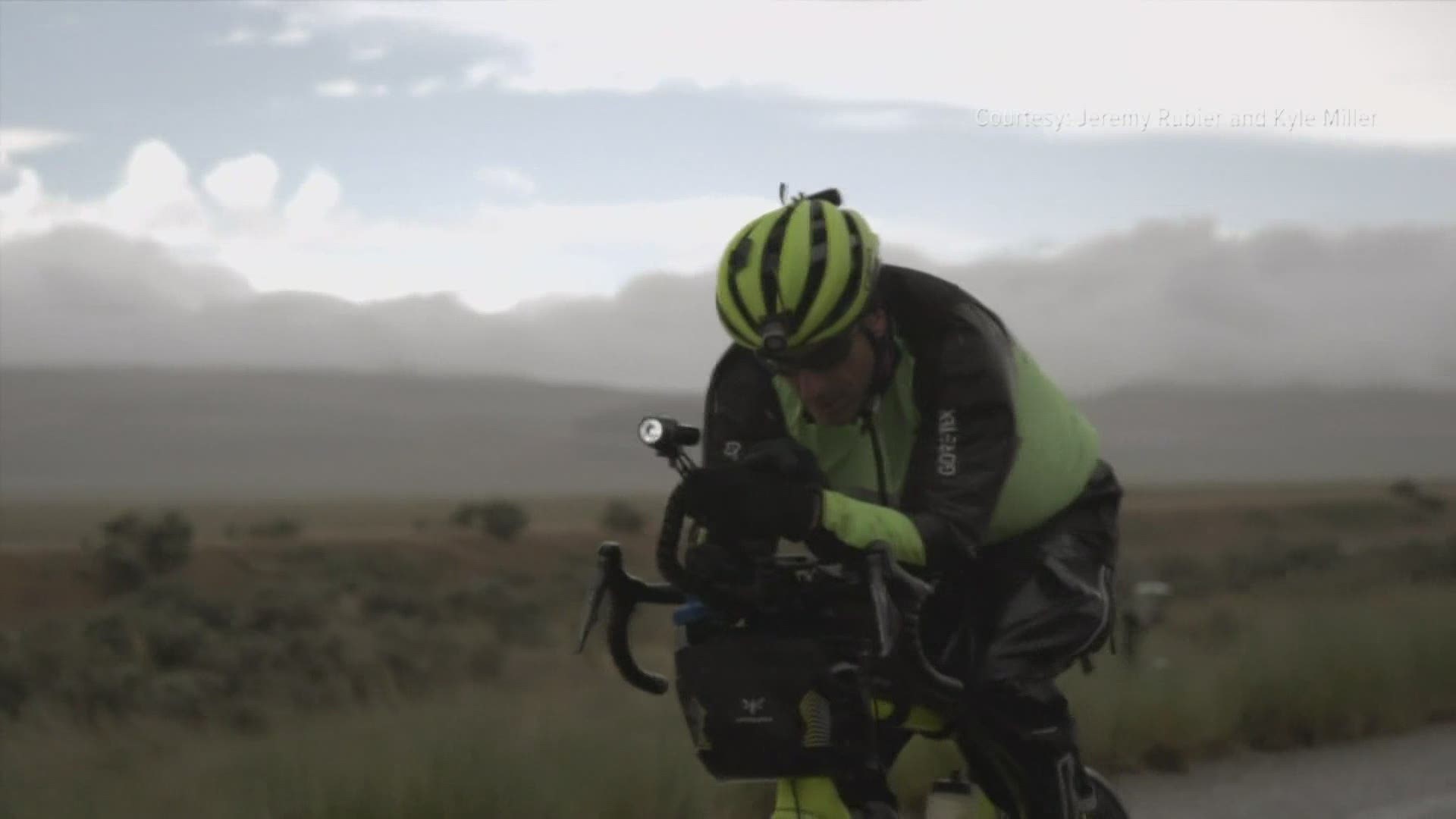 KITTERY, Maine — Keith Morical's life work has been to improve himself, others, and the organizations he's worked for.  At 60-years-old, Keith decided he would combine his love of cycling and his passion for motivating others to be their best selves into one epic and inspiring trip!

The goal was to bike to all the lower 48 states in just one month. In 2014, an Italian woman, Paola Gianotti, biked to all 48 states in 43 days setting a Guinness World Record. Kieth, who only got into ultra cycling a couple of years ago, was sure he could beat the 43-day record but he wanted it to be a challenge so he chose a month goal.

Just before 7 a.m.on July 16, Keith Morical rode his bike over the Memorial Bridge into Kittery setting a world record of cycling to 48 states in 31 days. He biked just shy of 7,100 miles usually pedaling for 16 to 18 hours a day.

The Minnesota man had a small rotating two-man crew comprised of his sisters and two friends who shared a small RV to sleep and cook food as they supported Keith.

"I decided why not do something really aimed at really helping inspire people to go beyond and do what they really want to do... To take a look at themselves and make a goal for themselves to really do what they feel they can do to stretch themselves, to take advantage of their own natural abilities and interests in such a way that they are living a more fulfilling life."

Keith is hoping his journey which stretched and pushed his limits will help inspire others to actualize just one goal and in so doing make the world a better place.

A documentary about Keith Morical's world record-setting bike ride is being made by Jeremy Rubier and Kyle Miller. It is expected to be completed at the end of 2020 or early 2021.