Bobby Perkins, 8, has coloboma, is blind in one eye and has a heart condition that limits his activity, but the second-grader has found solace in swimming. 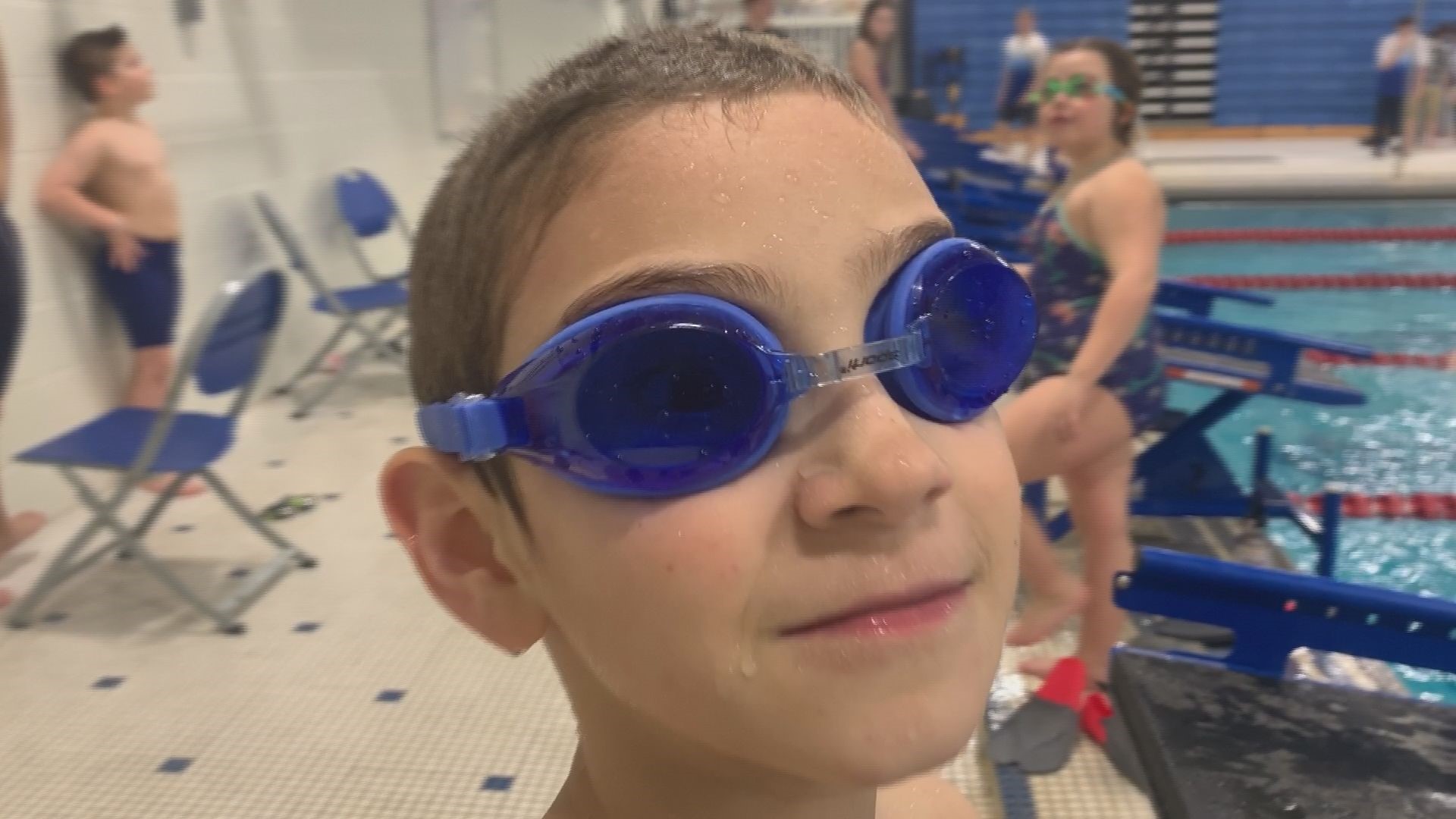 Sometimes in life, it's all you can do to keep your head above water. Adults know that all too well but, usually, kids get to go through their first few years blissfully ignorant of that difficult truth.

Second-grader Bobby Perkins is not one of those kids. He has had some setbacks, but he's also found a way to make a splash.

"I am going to go to a fake mission," Bobby announced as his hands clutched a controller that allows him to navigate his Lego avatar across a television screen.

Bobby is not unlike a lot of eight-year-olds. He loves playing video games, cuddling with his small dog, Lucy, and working on his gem collection. To meet Bobby, you would never know that he has a condition called coloboma. It occurs before birth, affecting the eyes. On top of coloboma, Bobby lost sight in his left eye two years ago, and he has a heart condition.

When Bobby was just four months old doctors told his mother, Andrea Benito, that her only son had coloboma, which occurs in one in every 10,000 people. While it often only affects the shape of people's irises, for Bobby, it also means he has no peripheral vision. Bobby is not shy to explain it. "I have cat eyes," he said with a smile.

Credit: NCM
Second-grader Bobby Perkins of Waterville has coloboma, has no vision in his left eye and has a heart condition limiting his activity.

In 2017, the retina in Bobby's left eye detached. Doctors operated to reattach it, but all his vision in that eye was lost.

Bobby was also born with a heart condition called bicuspid aortic valve. A regular heart has three valves pumping blood, but Bobby's only has two.

"For the first year or two of his life, I felt like we were just constantly at the doctor's," Benito explained. And while Bobby's heart condition means he has to take medication daily and has to be careful about his physical activity, this is not a sad story but one about a very positive attitude.

That is when Bobby dove into swimming. For the last year and a half, Bobby has been a member of the Mid-Maine Dolphins swim team in Waterville.

"Bobby's got a big personality," swim coach Colin Vidas explained. At the sight of Bobby stroll into swimming practice with a smile on his face and constant greetings from his peers, it's evident this is a place Bobby feels comfortable.

Coach Vidas said one of the reasons Bobby loves swimming is because it is such an accessible sport. Modifications are made for Bobby, but they are minor. Coaches make sure he swims in an end lane to help with his limited vision. And while most swimmers are taught to keep one eye in the water, Bobby is instructed, when he breathes, to lift both eyes out of the water to help orient himself.

Credit: NCM
Second-grader Bobby Perkins of Waterville has coloboma, has no vision in his left eye and has a heart condition limiting his activity.

"He’s very affectionate. He loves to give hugs, and he gives the best hugs," Bobby's mom said, and it is evident as he hugs and greets friends at the Waterville YMCA pool. Coach Vidas said Bobby's hard work has been paying off as he has learned how to swim using the butterfly stroke recently.

"He’s not the biggest dude on the team, but he’s got the biggest heart," said Vidas. While Bobby Perkins may not have perfect vision, his focus is 20/20.