On a warm day in May, hawks flew over a Maine state park in record-breaking numbers 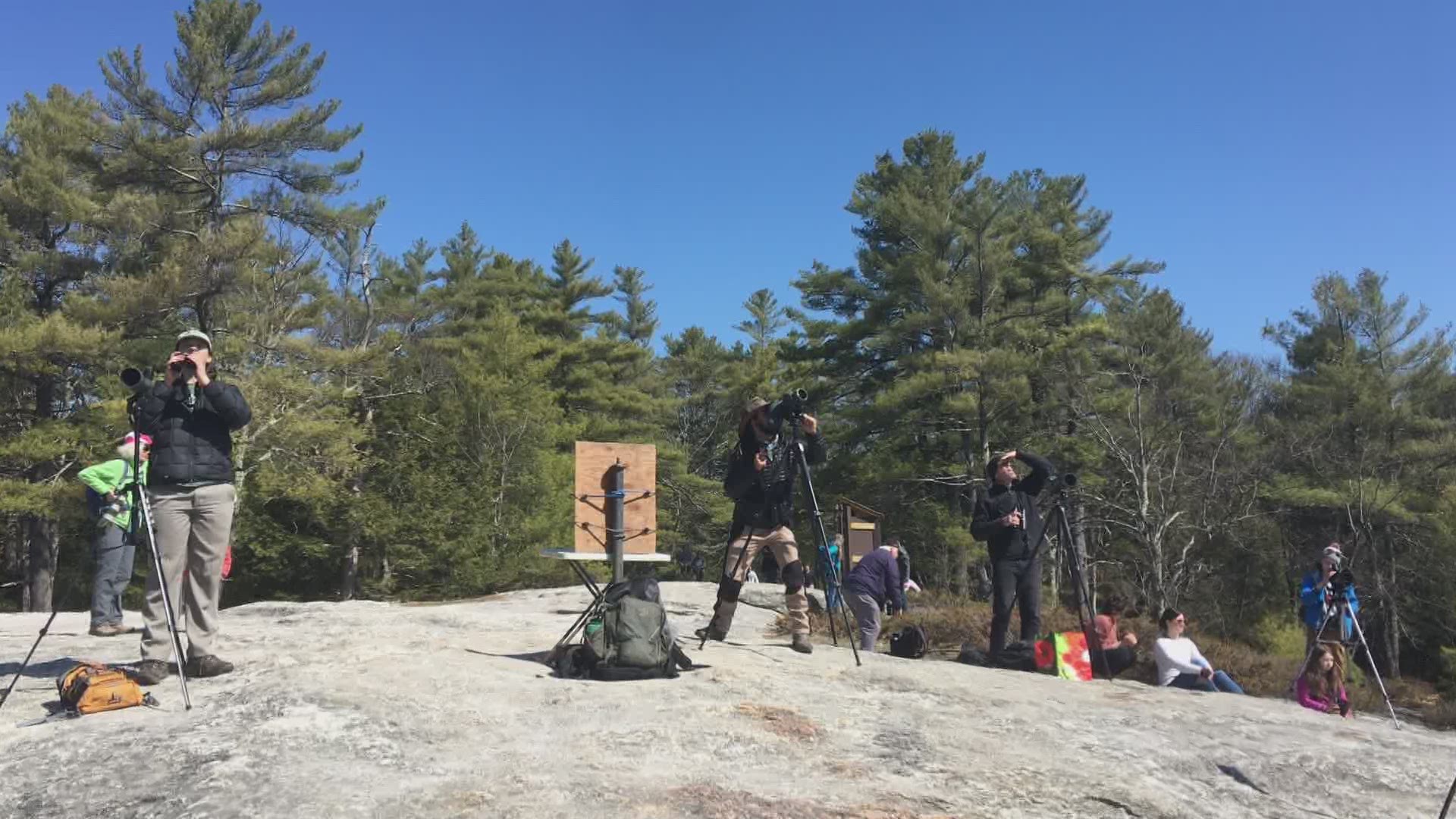 PORTLAND, Maine — Each spring for thirteen years enthusiastic birdwatchers have traveled to Bradbury Mountain State Park, hiked to the top of the hill after which the park is named, and looked up to the skies. Sometimes with the naked eye, often with binoculars, they have watched for migrating raptors, marking down each and every one that glides by. The counting begins in mid-March and runs until mid-May, when the numbers are tallied and sent to a continent-wide database on hawk migration.

In March and April of this year, sightings were down significantly, in part because of the cold weather that prevailed in the latter month. On Sunday, May 3rd, the sun came out and temperatures warmed up, and observers headed to Bradbury with high hopes. What they found exceeded their wildest expectations. “There were just so many birds in so many different directions that people caught the hawk-watching fever,” says Derek Lovitch of Freeport Wild Bird Supply, which sponsors the Hawkwatch. “It was a really remarkable, special day.”

When they finally packed up and headed home that Sunday, the watchers had counted 1,814 migrant raptors, which smashed the previous one-day record of 1,550 set in April of 2019. The tally included 1,270 broad-winged hawks, 323 sharp-shinned hawks, 231 American kestrels, and four peregrine falcons. Looking at these birds in flight is not like following a flock of songbirds. “Raptors,” says Lovitch, “are just cool. The fastest bird in the world. One of the longest-distance land migrants in the world. The efficiency, the beauty of flight. Some of them have absolutely beautiful plumages. They’re fun to look at.”

One of the rewards of counting hawks is that it doesn’t have to be done in hushed tones, as is often the case when tracking other, more sensitive species. “You don’t have to whisper,” Lovitch says. “The hawks are too high to hear you, and they’re not going to care if they do.”

RELATED: The place to go in Maine to see the night sky in all its glory

RELATED: Here’s what you need to know about the reopening of some of Maine’s best state parks