Rick Barber hasn't missed a sunrise in the last seven years. He photographs Maine sunrises every morning and shares them with everyone. 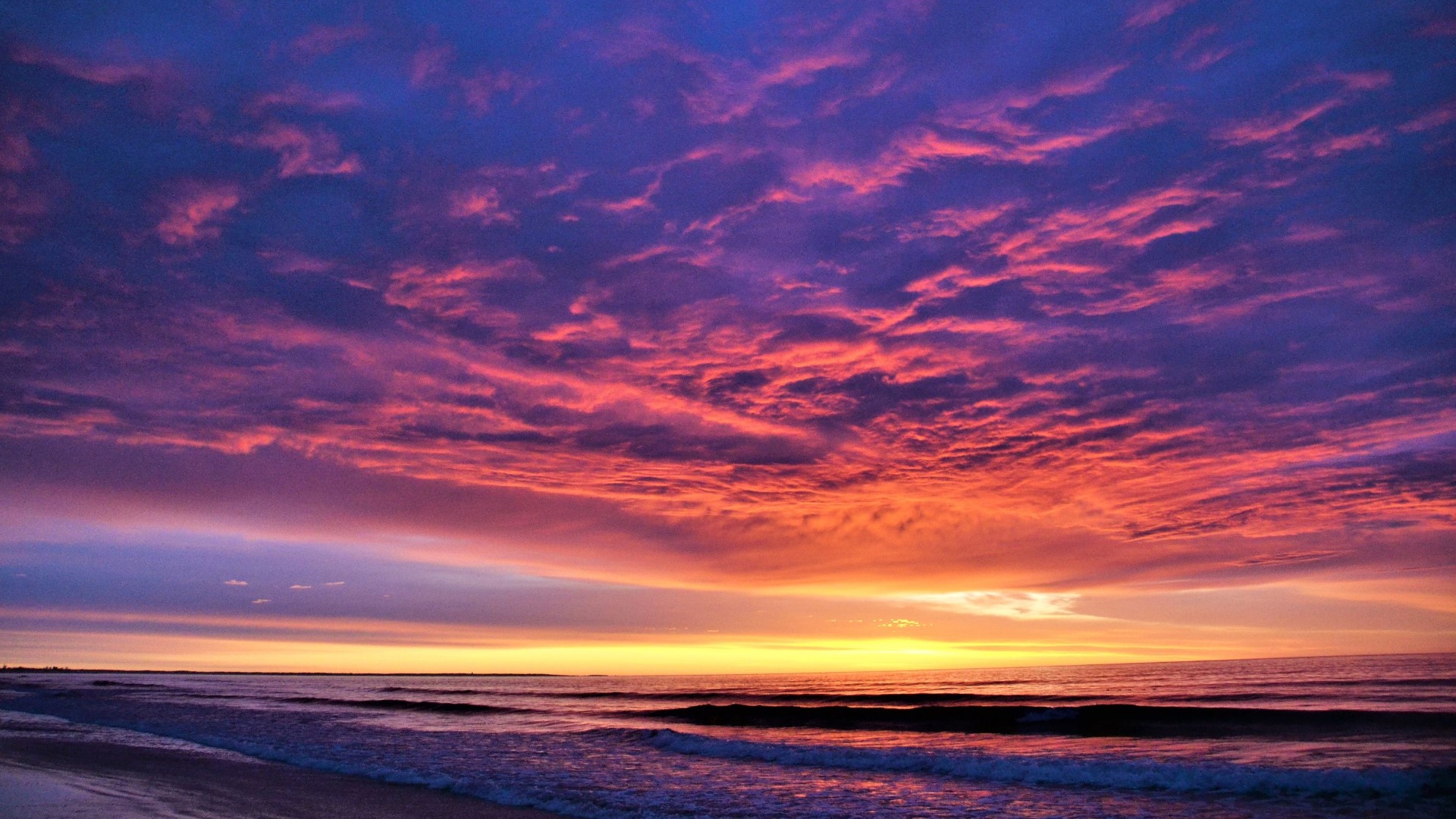 OGUNQUIT, Maine — Few things in life are more beautiful than those we witness in nature. Business owner Rick Barber of Ogunquit understands this and for the last seven years has made it his business to photograph each sunrise.

Barber wakes up early, before the sun. He walks his dogs from the bed and breakfast he and his husband own together, Moon Over Maine, in the center of town, and then walks down to the beach. Armed with his Nikon camera and iPhone, Barber captures the sun before and just as it's rising. For Barber it's a spiritual experience and the best part is sharing it with others.

"There's something about the start of the day. lt's a way that one can get going again and to watch the sun come means that we have another day given to us to do good things for each other," says Barber.

In the last seven years, he has barely missed a morning. Rain or shine, snow or sleet, Barber is there at Ogunquit beach to welcome the sun. Even when he goes on vacation, he simply gets up early and takes pictures of the sun in other locations. Though he admits, Ogunquit beach is his favorite spot.

"There's an intimacy here with the sun," he says as he snaps a shot.

Several years ago he started sharing his pictures online, tweeting them at local weathermen and reporters he has met. He was surprised as anyone to see his pictures and videos of sunrises being shared on the news in Maine and occasionally by NECN in Boston and the Weather Channel.

And it's only been more recently that Barber considers himself a photographer. "I always just thought I was a guy who took the pictures and now I have to embrace it."

Currently, a small sample of Barber's pictures are on display at Clay Hill Farm in Ogunquit.

For Barber, the best part of coming to the beach with such dedication, almost owning it because no one else is around, is being able to share it with others.

"This year especially more people weren't able to come to Ogunquit or Maine ... so a lot of people are telling me how much the pictures mean because they're able to experience being here without being here and feeling a little less lonely at home and that just warms my heart."

Although he admits his photos are not the same as being there in person, Barber is happy they are a close substitution for people who either can't make it to the beach or just never will.

For Barber, life is all about "lifting people's spirits and making them happy and that's what we're here for," and he's trying to do just that, one sunrise picture at a time.