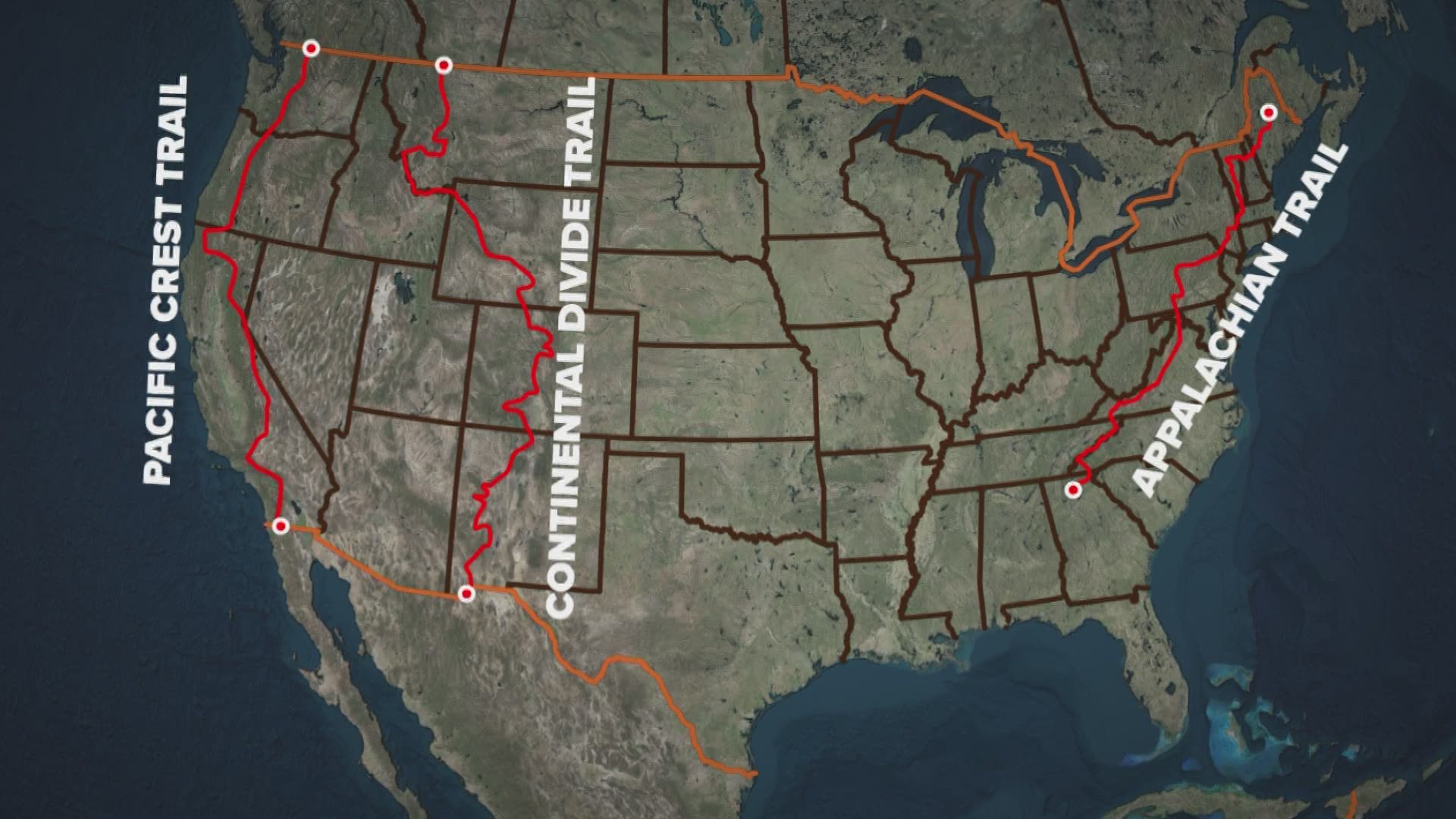 YARMOUTH, Maine — Like so many of us, Sammy Potter did not enjoy the changes the pandemic inflicted on his life. He is the first to admit he is enormously fortunate to be an undergraduate at Stanford, one of the great universities in the world, but in 2020 even an institution as glittering as that one did not deliver the college experience he’d hoped for.

“Taking online classes and having kind of my whole world formed online sort of exacerbated this dissatisfaction I’ve felt for a while,” he told me from his home in Yarmouth. “It made me realize I really want to push beyond the norms of just going to school and getting a job because I think there’s more to life than that.”

An idea started taking shape, one sparked in large part by the non-fiction adventure books Potter has been reading his whole life. One of those volumes was about hiking America’s three epic trails--the Appalachian, Continental Divide, and Pacific Crest—between January 1 and December 31, an accomplishment known as the Calendar-Year Triple Crown. “From the moment I heard those words,” he says, “I was absolutely obsessed with the idea of doing it myself.”

The dream called, and on the first day of the new year, Potter started to hike the Appalachian Trail. With Jackson Parnell, a friend and classmate from college, he hopes to complete all three trails, a distance of nearly 8,000 miles, and he wants to do it before the end of September so he can return to school for the start of the fall semester. That works out to thirty miles a day, every day, in rain, snow, sleet, wind, cold, heat, up and down mountains, carrying a pack that will weigh about thirty pounds.

If the goal is met and the Triple Crown achieved (they believe they’d be the youngest people ever to accomplish the feat), the transition back to the classroom might be a little rocky. Can you imagine sitting in a lecture hall listening to an English professor expound on The Role of Nature in American Literary Exploration when you’ve just walked 8,000 miles across some of the country’s most rugged and majestic landscapes?

“We live in some crazy times right now,” Potter says. “The past year has had a huge impact on me, some of it positive, some of it negative. But one of the things I’m really seeking is sort of simple purpose. And I see no better way to get back to that than just appreciating the outdoors around you.”