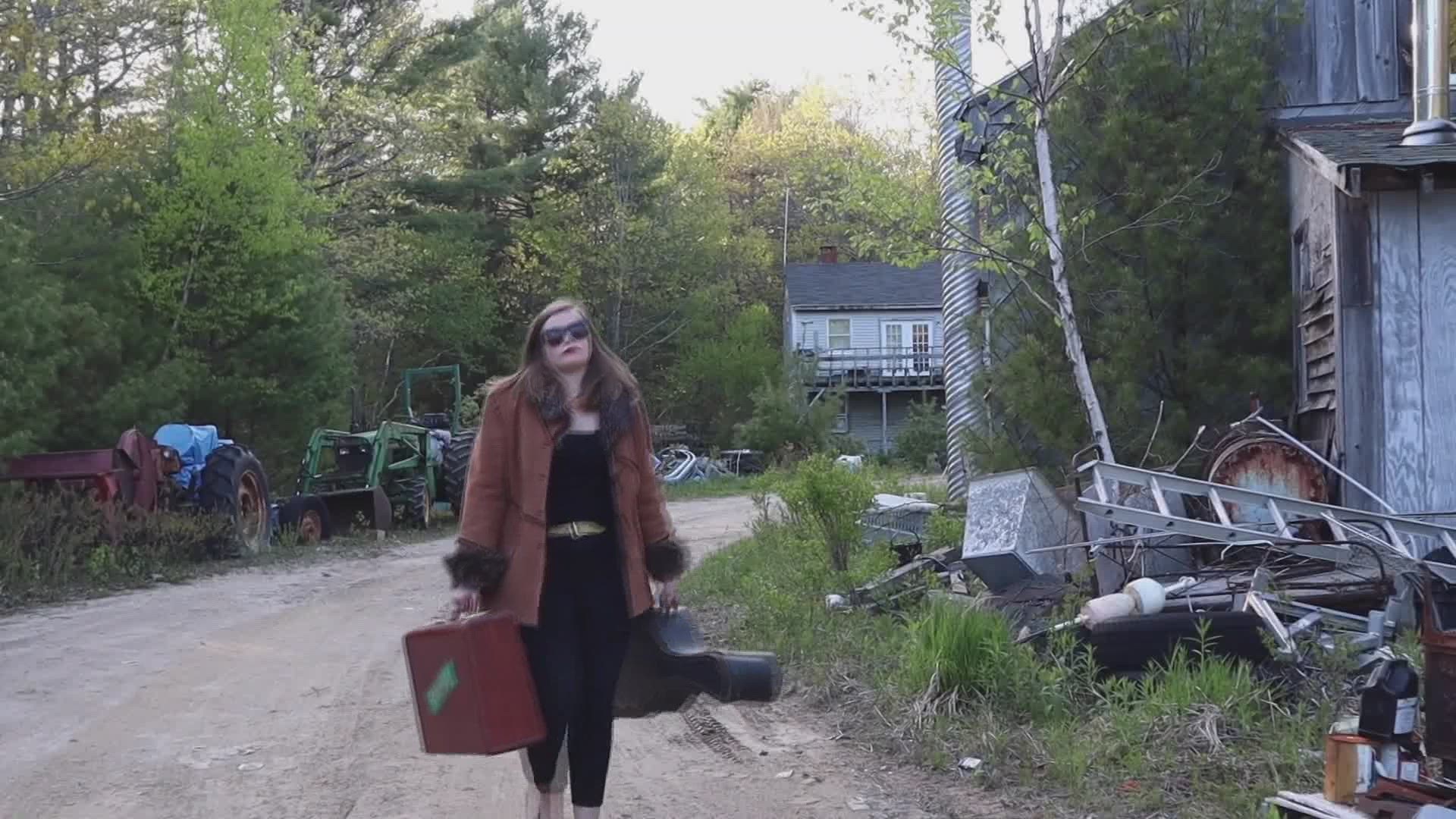 PORTLAND, Maine — Singer-songwriter Lauren Crosby releases “Biloxi” on June 30th but you can hear it now on YouTube. The terrific song features guest vocalist Griffin Sherry from The Ghost of Paul Revere

On May 8th The Fogcutters released “New Moanin’” written by Brian Graham and featuring horn player Ryan Zoidis from the funk band Lettuce.

Also in May we got a new song from the Americana, rock and punk duo Muddy Ruckus called “Let Go.” The band is Ryan Flaherty and Erika Stahl. They’ve been in a celebratory mood lately as Stahl underwent a successful kidney transplant on May 26 and is recovering well. In fact, the duo will be putting together a full album of new music during Stahl’s recuperation.

Earlier this week Anni Clark released the song “Will It Ever Be The Same” Here’s part of what Clark said about it:

I had been solo quarantining for 10 weeks due to the 2020 Covid Pandemic when I finally left home for Moosehead Lake, 3 and 1/2 hours north of me in Maine. I hadn’t seen Eric (my “other half”) for 12 weeks… his home is on the lake. We had 3 days together before he left for the far north on a “mental health” fishing trip he had planned weeks prior. It was the only time he could go. I was alone again on May 24th, sitting on the dock, drinking in a sweet sunset & listening to the peepers when a wave of sadness hit me & I had a complete meltdown. All those weeks of quarantining had accumulated & pulled me into a downward spiral I had sloughed off until then. I stood on wobbly legs intending to walk away from the dock, lost my balance & fell in. Icy water that time of year! I avoided hypothermia… I got myself back to the house, numb & shaking, only to discover I had injured my left leg so badly I needed emergency care. I eventually went by ambulance to a hospital 2 hours away. I got back to the lake, all stitched up, 2 days later. (Thank God Eric’s sister had been nearby! ) I had a lot of healing to do, inside & out.  (Four days later), I picked up my guitar on May 28th & this song just POURED out of me. I wrote it in 20 minutes… or rather it wrote itself, as it often happens. All those feelings I had felt at the end of that dock came spilling out so I could hear myself admit how depressed & scared I had become. I realize I am far from the only one who may have been feeling these things. As I write this, I am hopeful I can hug people soon. MAN… we all need some hugs, don’t we?

Tom DiMenna released the album “You Know Me, My Devil Says” on May 25th.  His sound is very haunting and he sometimes sings with a falsetto type of affect. He’s also a tremendous songwriter. But there’s an EPIC cover on the album and it’s a cover of Marty Robbins “El Paso”

You can get a copy on Bandcamp

I first became aware of Tom last fall and wrote this about him:

DiMenna told me that although he’s been playing music since college, he only recently felt enough conviction to record and perform. In high school DiMenna was obsessed with Cat Stevens, then graduated to Nick Drake while at college. He also said that his brother turned him on to British artists John Redbourn and Bert Jansch. DiMenna’s instrument of choice is an old classic guitar from Guitar Grave. “It’s a Gianna; an Italian expat in Brazil made it and it has a nice romantic quality that I think speaks to living in Portland,” he said.Lyrically, DiMenna is inspired by musicians like Chris Smither, who sings about consciousness in a straightfoward, folk-country-blues way. His new four-song EP, “You Know Me, The Devil Says,” features poetic offerings with a late-60s/early-70s folk feel. His voices rises like an October leaf caught in a gust of wind.

This week Don Campbell has Jonathan Edwards (1971 hit “Sunshine”) in his recording studio this week to record eight new Edwards’ songs. Release date to be determined.

RELATED: 'An Etude a Day Keeps the Covid Away'