Our geeks talk about a Maine-made game and a chance to see a bunch of gleeful nerds dressed as their favorite alt-culture characters. 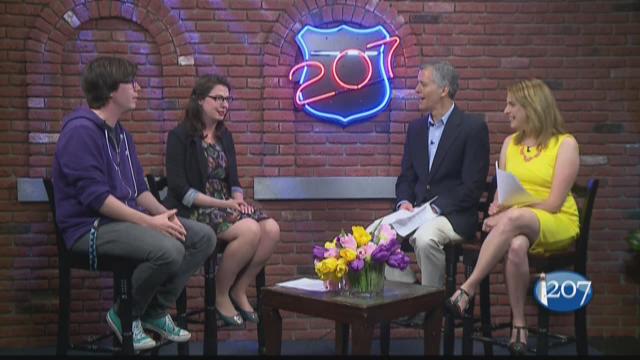 Zed (PC)
Remember Myst? The first person non-violent adventure game where you had to rely on your initiation and puzzle solving skills to unravel a mystery while exploring an island? Well what if I told you that the art director for Myst was living and working right here in the State of Maine and has been developing another project? Well, it’s true! Zed is the brainchild of Chuck Carter of Eagre Games (based in Orono) and is a 3d non-violent adventure game where you navigate a number of surreal dreamscapes and solve puzzles in order to return memories to “The Dreamer”. Though the game is still in development Zed promises to be an incredibly immersive experience and will no doubt further the argument that video games can be interactive works of art. Plus! It’s being made right here in our backyard. Zed is up on Kickstarter now; you really ought to check it out.

Lego Star Wars: Force Awakens (PS4, Xbox1, Wii U, Nintendo 3DS)
Ahh, a nice family title: Lego Star Wars: Force Awakens is the next installment of the very popular licensed Lego video games. Lego Force Awakens will actually build upon the mythos of the movie and offer side stories not explored in the theatrical release (and they’ll be cannon even!). As with previous entries, the Lego games always bring a new level of levity and humor to the table with witty one liners and slapstick action. Gameplay wise Lego Force Awakens is a solid platformer (think like Mario) offering up a number of linear levels with non-linear solutions. Definitely a great game for kids; but fun for people of all ages. I mean, come on, who doesn’t love Lego? Who doesn’t love Star Wars? Two great tastes that taste great together.
Lego: Force Awakens is out June 28th for pretty much every system you could imagine (PS4, PS3, Xbox 1, Xbox 360, Nintendo 3DS, Wii U, and Playstation Vita)

Legend of Zelda: Breath of the Wild (Nintendo Wii U & Nintendo NX)
Nintendo had some big news a few weeks ago when they said that they would only be showing one game at E3 (the biggest tech conference for video games) this year: the newest installment of the Legend of Zelda series. This week, during a livestream from the ‘Nintendo Treehouse’, they finally unveiled the first substantive footage for Legend of Zelda: Breath of the Wild. And, wow. Dang. Ummm. Did I say wow? This game looks great. The trailer has some gorgeous shots which imply a huge open world to explore, and the stylized and cell-shading graphics make the backgrounds really pop. The trailer doesn’t tell us very much about the story yet; but gives us a glimpse at some of the environments we’ll get to explore as part of Link’s quest. The Legend of Zelda franchise has always been more about adventure and exploration than combat, and it looks like Breath of the Wild will be no exception with the trailer hinting at a series of abilities that allow Link to interact with the world around him to solve puzzles instead of relying only on his sword. Nintendo also announced that Breath of the Wild will be developed for the “Nintendo NX” which is the console slated to replace the Wii U at some point in 2017. There isn’t really any info on the NX yet; but it will be interesting to see what details emerge in the coming months.

Portcon Maine
Next weekend at the Double Tree Hotel in South Portland it’s Portcon! Maine’s largest and longest running celebration of geek culture; now in its 15th year! What can you expect at Portcon? Cosplayers; lot’s of ‘em. Board Games. Video Games. Industry guests like authors and voice actors. An exhibition room with local artists and artisans, as well as specialty vendors. A nerd-themed parking lot dance party, and an event called “extreme geek” that we can’t discuss on television; but has to be seen to be believed. AND MORE (can you believe it?) It’s a full 4 day celebration of people’s passions for geek stuff and has been the highlight of my summer, every summer for literally half of my entire life.
In the interest of full disclosure I do have to admit that I am principle organizer for Portcon and have dedicated more than a decade of my life to putting this event together; but it still gives me such incredible and powerful feels to see the joys on people’s faces when they come to the event. Portcon feels so much like a community, and you really wish that it could happen every weekend. If you haven’t been, you’re missing out. And if you have been before, I can’t wait to see you there again. Check it out at www.portconmaine.com