Liana Richardson grew up in Gorham and was instrumental in designing Courtney Moore, a girl from the 80s who loves video games and space. 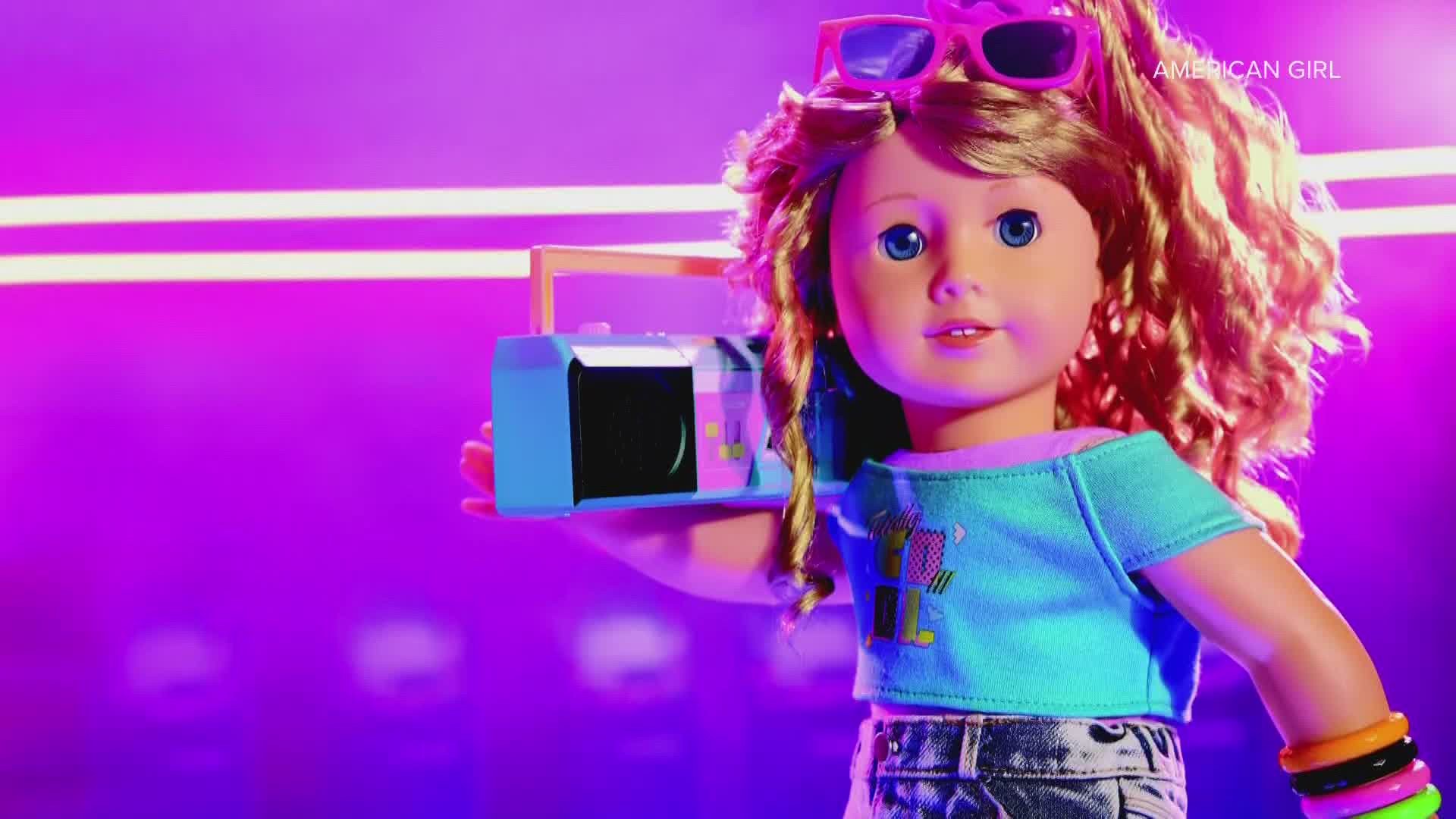 GORHAM, Maine — For anyone who grew up in the 90s, American Girl dolls were all the rage. They were and are expensive dolls, each with a different origin story. They come from different time periods, different social classes, and have different ethnicities. Each doll has accessories appropriate to her time-period and chapter books that outline her story. There was even an American Girl magazine, (I know because even though I never had a doll, I got the magazines and pined over which doll I wished I had.)

The latest American Girl doll released in September is Courtney Moore and a woman from Maine was on the design team charged with working on her story and bringing her to life. Liana Richardson grew up in Gorham, graduated from Gorham High School, and then worked for American Girl for two years after college.

Richardson and her colleagues picked up on the recent revival of 80s popular culture in hits like 'Stranger Things' and 'It' and decided American Girl should follow suit. So they created Courtney Moore.

She lives in Orange Valley, California in a blended family. Courtney loves video games, spending hours at the arcade beating her high score on Pac-Man at the mall and she has strong female role-models. She loves Cyndi Lauper and teacher and astronaut Christa McAuliffe who died in the Challenger mission.

Richardson says although she no longer works for American Girl - she is currently pursuing a master's degree at the University of Wisconsin- it was a dream job and she loved working on designing Courtney.

Richardson, who missed the 80s decade by a few years, was responsible for designing all of Courtney's apparel and fashion accessories, which include Care Bear pajamas and sleepover set, a fanny pack, and watch set, and all of her clothing and shoes. The Gorham native grew up yard sailing with her mother and many of her toys came from the 80s, so she says the decade felt much more familiar than she was expecting. Richardsons' father was also in a hair-band so she says she was no stranger to acid-washed jeans.

Richardson is like a proud parent and admits she likes scrolling social media reading comments and reactions of fans to the new doll Courtney.

RELATED: 'Youth Work Makes the Booth Work' aims to get teens working the polls in Maine