Amy Kayne and her sons host a Facebook Live cooking show every Thursday at 11 a.m. from their Portland home that's attracting viewers worldwide. 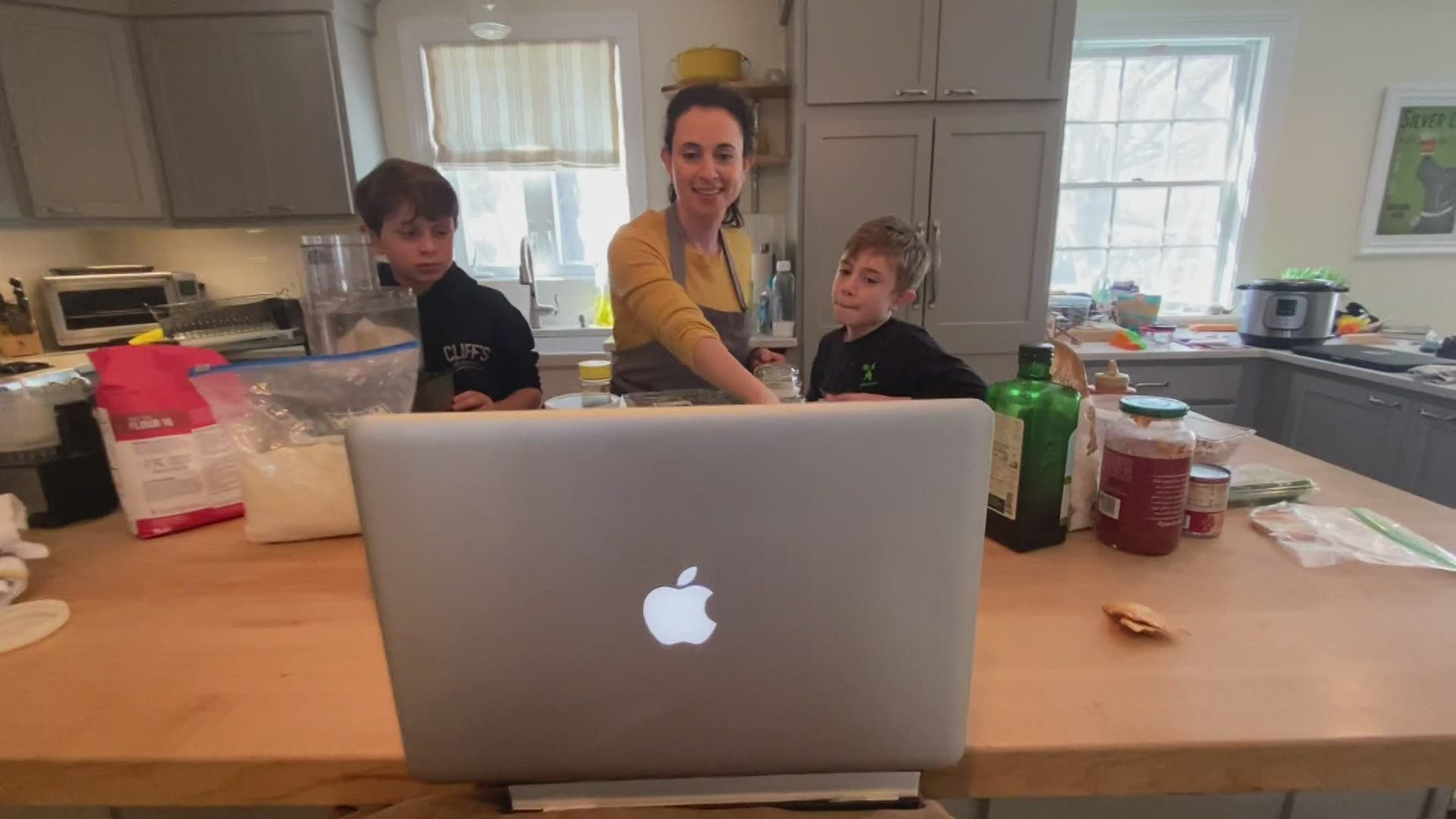 PORTLAND, Maine — Mainers are hearty folk, just ask anyone who has ever lived here or is from here. That's why it's no surprise that as lives are completely changed, at least temporarily by the coronavirus pandemic, there are still Mainers looking to spread cheer and goodwill and keep from becoming idle.

Amy Kayne is one such Mainer. As she watched her private chef business become decimated in March and found herself at home with her sons, Nolan, 9, and Jackson, 11, she decided to start a Facebook live cooking show with her boys.

Every Thursday at 11 a.m. you can catch Nolan, Jackson, and Amy hosting their very own cooking show from the comfort of their Portland home. The boys show viewers things they know how to make and then learn new things from mom. The show has garnered hundreds of viewers, some they know and many they don't.

"We had somebody yesterday from the Philippines. I don't know how they found us but that was so cool," says Amy.

The show doesn't have a name yet but as I am talking to Amy and her sons she floats one that she had been thinking of. "Lemonade out of lemons, I think that's kind of what we're doing right now... what do you guys think?" she asks as she looks at her boys. Her sons give it a resounding "NO!" They are still working on a name.

The show is far from perfect and that certainly adds to the charm. In their latest show, Jackson, 11, kicks things off by showing how he likes to make his favorite smoothies. As he is shoveling frozen mango into the blender with his bare hand, he whispers to his mother, "we forgot to wash our hands." With a smile and loud voice, Amy says, "stop everything. We forgot the number one rule!"

Viewers might feel like they are in the Kayne kitchen as they watch the enthusiastic trio cook and sample their creations, along with a little singing and dancing and a whole lot of laughing. The family makes sure to answer questions live and interact with viewers tuning in.

For Amy, being together with her boys and with friends and family they can't see right now along with strangers is what the show is all about. Nolan and Jackson wake up excited on Thursdays for the show says their mom. "It encompasses the whole together. Like doing this together. We’re in this together. Together we’re cooking," says Amy.

Amy and her sons are just three Mainers trying to make lemonade out of lemons.

RELATED: Trumpeter serenades Maine woman on her 104th birthday outside her window