Founders Josh Davis and Bruno Tropeano have released their history and favorite dishes, with help from Cynthia Finnemore Simonds in their new book, "Gelato Fiasco: Recipes and Stories From America's Best Gelato Makers." 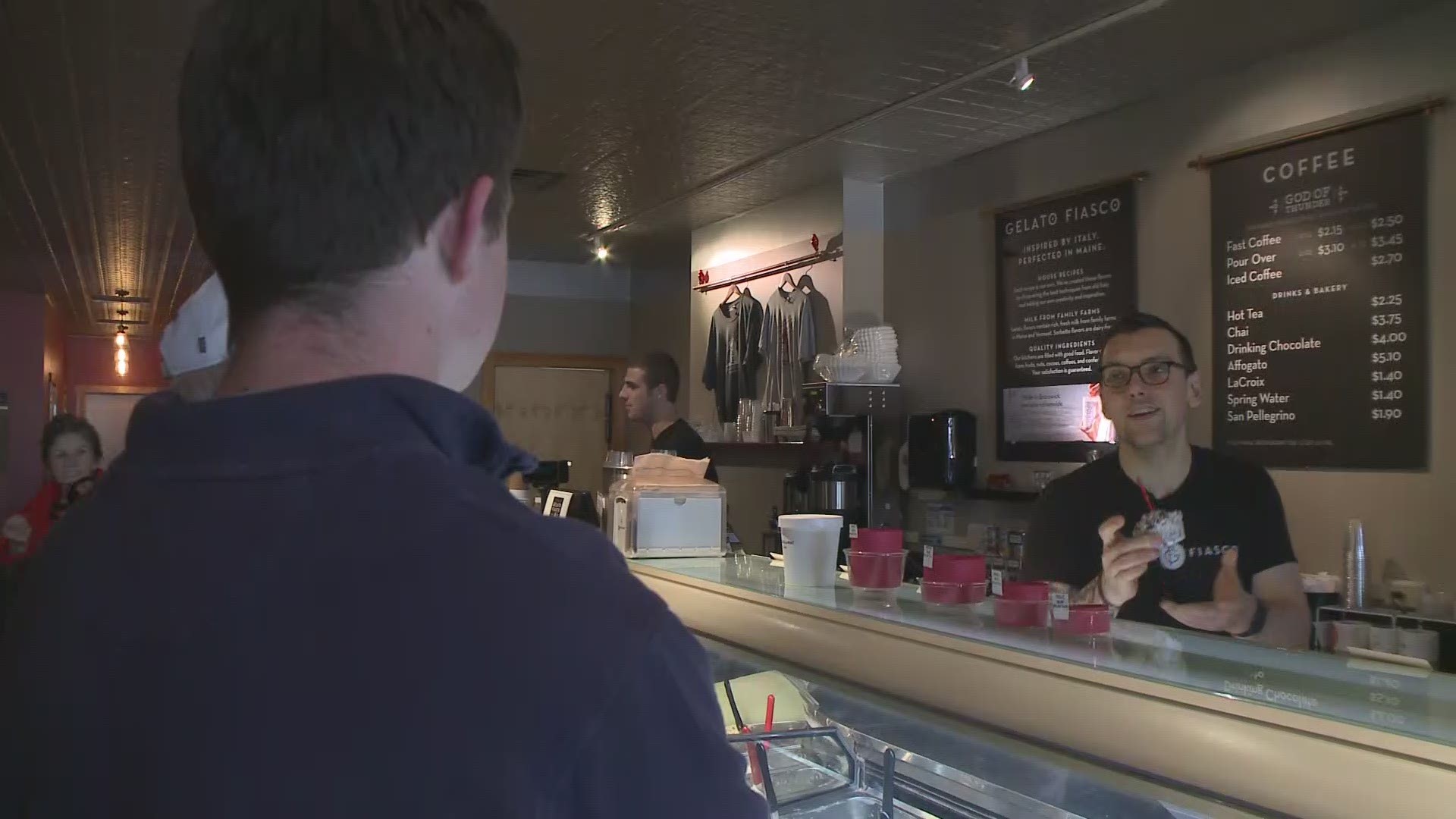 BRUNSWICK (NEWS CENTER Maine) -- Ten years ago most people in Maine hadn't heard much about gelato: a denser, Italian style of ice cream made with milk instead of cream. That gave Josh Davis and his business partner Bruno Tropeano a thought; inspiring the two to open their first Gelato Fiasco store in Brunswick in 2007.

Gelato Fiasco has grown into a successful brand, with its most recent shop opening in Orlando, Florida and a manufacturing plant opening in the Midwest to meet retail demand. The stories along the way are all included in their brand new book with chef Cynthia Finnemore Simonds, "Gelato Fiasco: Recipes and Stories from America's Best Gelato Makers."

"No one even knew what gelato was," says Davis about the first year open. "A lot of people thought it was Jell-O or pudding." It didn't take much convincing, however, to get people through the door. Not until it started getting cold outside, and that's when Davis and Tropeano started to realize a year-round gelato business might not have as much potential as they expected.

"We actually started selling toast. We had an espresso machine and could make coffee and we thought well, what goes good with coffee? We actually tell the story in the cookbook about the legendary toast which people still ask for to this day." Eventually, the two figured out the frozen code, offering a percentage off for every degree it is below freezing from the first day of winter until the first day of spring.

Over the years, the partners have never strayed from their values: sell a quality product with locally sourced ingredients; be consistent; hire people who care; and listen to your customers. When those customers kept asking about their favorite flavors, Davis and Tropeano started an online system. Now, you can sign up for an email notification when your favorite flavor comes back.

While the two love to experiment, you won't see Vidalia Onion or Horseradish making a comeback. "We made [it] for Whole Foods to actually go on oysters, and it was actually harmful to make because you had to wear a gas mask in the kitchen to grind up the horseradish to make the sorbeto," Davis laughs.

"On their website they list 1,500 flavors but when we went back through all of their files and looked at all of the flavors they have made over time, it was well over 2,000 flavors," Cynthia Finnemore Simonds came to the partners with the idea for the recipe book. She says she was inspired by their mission of helping local farmers, using their dairy and fresh flavors.

She admits, pairing down the recipes for the book was a tough task, "Looking at their grand scheme of flavors it was a combination of why do people love it, and what do people really enjoy that they wouldn't know how to make?"

From Brunswick to a shop in the Old Port and most recently an expansion into Florida, each store has a similar theme: community. "It’s now been 11 years and we’ve had all kinds of changes and adjustments and growing pains as we have grown this business from a single shop to, we’re now in 6,000 grocery stores nationwide," says Davis. "We are one of the best selling brands of ice cream or gelato on shelves in places far away from Maine where no one has heard of Brunswick or heard of Gelato Fiasco in Brunswick, but it’s a small group of people who have done that and whether they worked for us in the past or you work for us now or you’re going to work for us in the future, we all have that link where our mission has been: we want people to stop in and say, wow this is really good."

To learn how to make a gelato base, click here.