Mr. Drew Brings His Animals to 207

Mr. Drew cares for exotic animals, and uses them to teach kids across Maine. 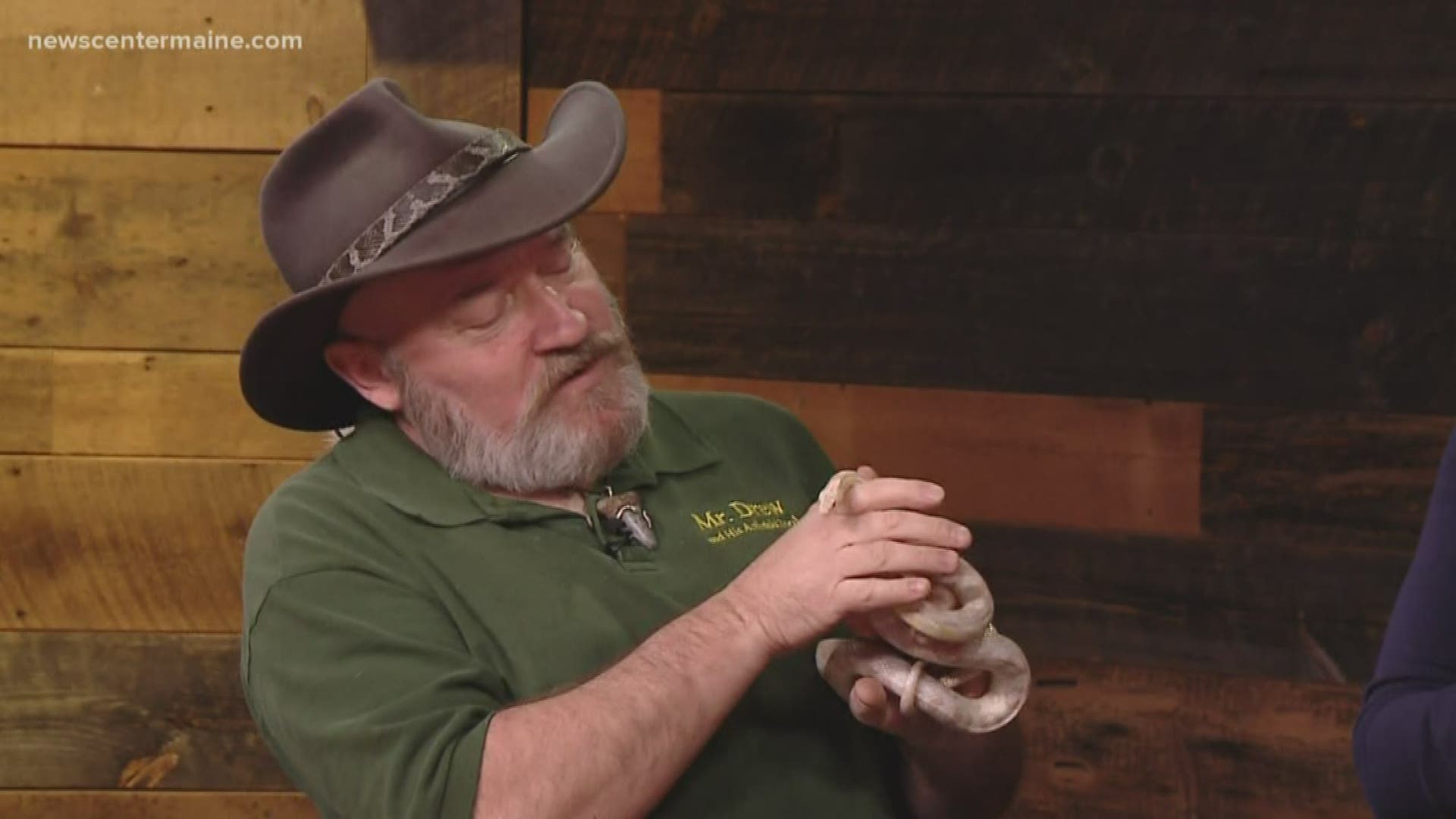 PORTLAND, Maine — Drew Desjardins cares for exotic animals at his facility in Lewiston, Mr. Drew and His Animals Too.  For years he's taken care of animals that are invasive or illegal to own in Maine.  He spends a good amount of his time traveling the state and educating kids about his creatures.

Mr. Drew brought a pair of red-eared slider turtles on his visit. The two baby turtles were actually bought in Boston's Chinatown before being turned over to Mr. Drew.  He also brought two snakes, Chloe and Pinky.

Chloe is a Lucistic Japanese Rat Snake.  Due to her white coloring most people think she is albino, however, she is lucistic which means her eyes are not red like most albino animals.

Pinky is a Red Rat Snake, or more commonly known as a Corn Snake.  Unlike Chloe, Pinky is albino.

You can find what Mr. Drew has planned for school vacation week by visiting his website.

RELATED: 40 years of Parkinson's can wear a man down; not Brian Hall