Meet the Mainer who walked from Mexico to Canada—almost

The challenges of hiking in twenty feet of snow. 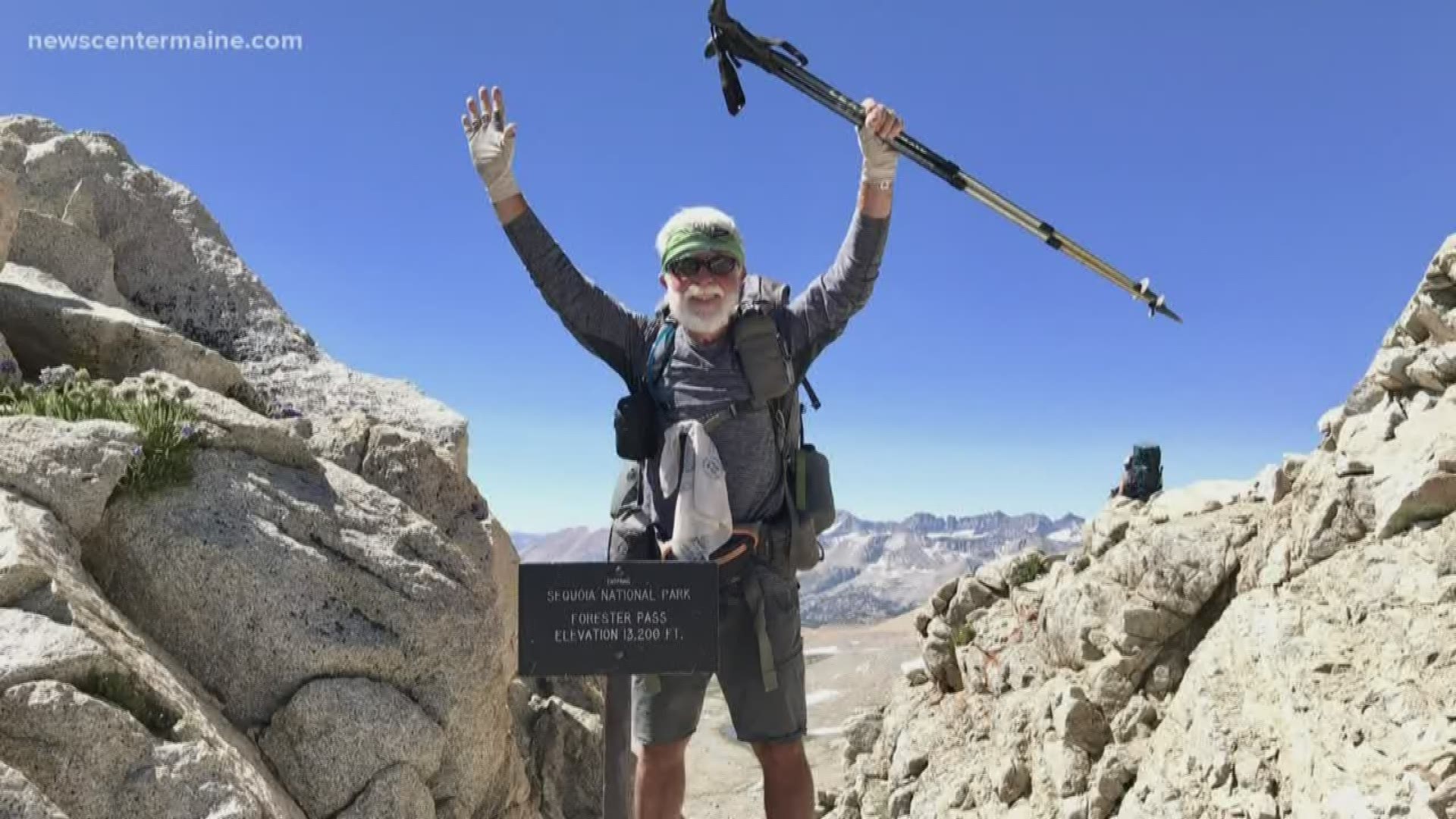 PORTLAND, Maine — In 1977, shortly after graduating from Bangor High School, Carey Kish followed a dream and thru-hiked the Appalachian Trail from Georgia to Maine.

Ten years went by. Twenty. Thirty. Kish’s life was filled with hiking—he writes a column on the subject for the Maine Sunday Telegram and is the author of the Appalachian Mountain Club’s authoritative “Maine Mountain Guide”—but he still had a dream. He wanted to walk the AT again.

In 2015, in his mid-fifties, he set out once again from Springer Mountain, Georgia, soon covering fifteen to twenty miles a day under a seemingly unending canopy of trees. 189 days and countless steps later, the journey came to an end on the summit of Katahdin. In covering 2,200 miles, he never once had a blister.

For most hikers, that would be enough. Not for Kish. The fire still burned, the desire for another epic trip, preferably in a different part of the country. The logical destination was the Pacific Crest Trail, which runs 2,653 miles from Mexico to Canada, through California, Oregon and Washington, much of it through the soaring Sierra Nevada and Cascade mountain ranges.

The best travel stories are those where something goes wrong, and not far into his trek Kish realized he couldn’t keep going. When he hit the southern end of the Sierra Nevada, spring was nowhere in sight. “It was full-on winter,” he says. “Big snow—like ten and twenty feet of snow.”

So what happened to the dream then? Watch our story to find out. As you’ll see, there were other things that went wrong—but a lot more that went right.

RELATED: Capturing the faces and the voices of the Appalachian Trail