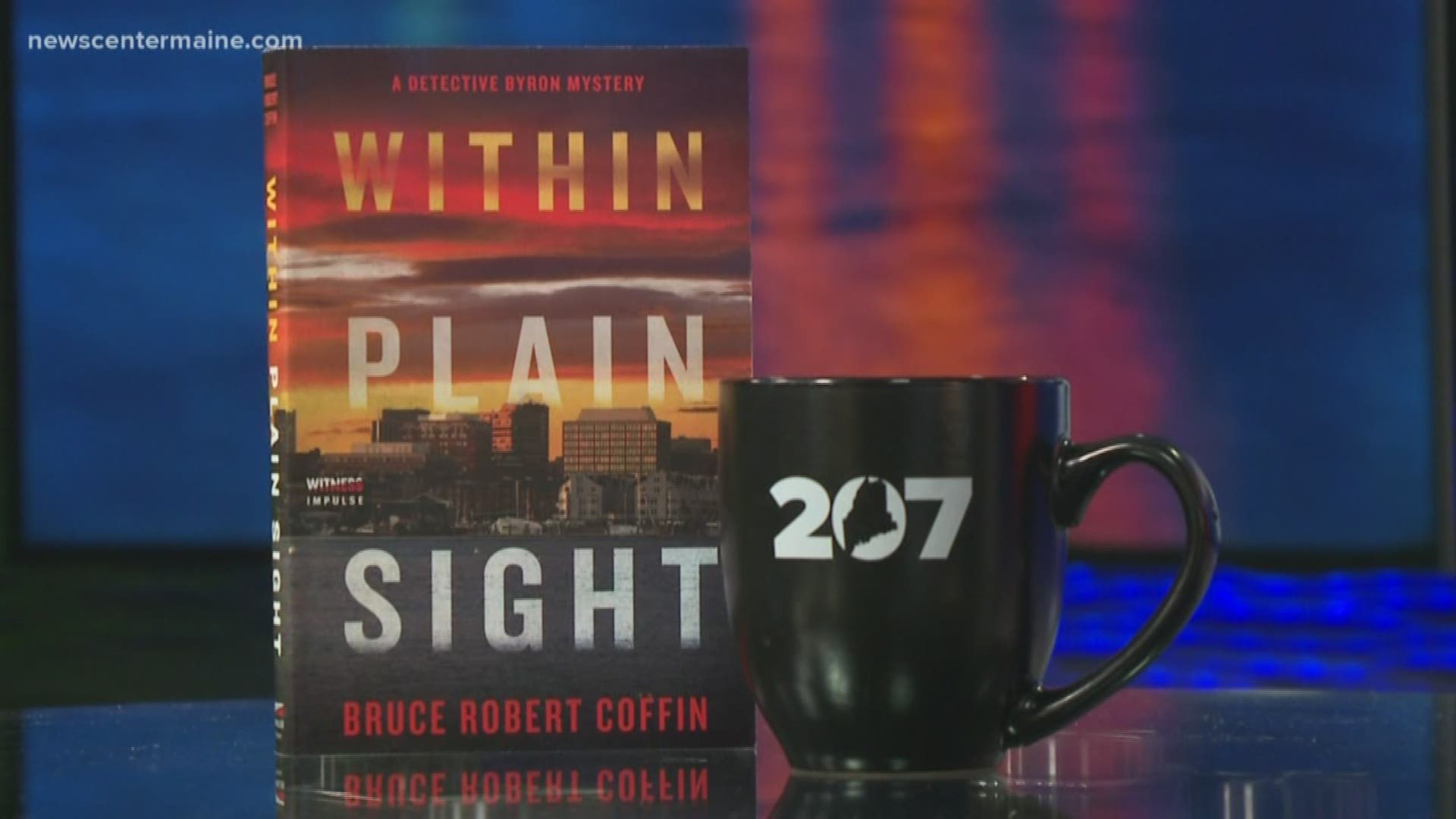 PORTLAND, Maine — Bruce Robert Coffin is one of those lucky people who, after spending nearly three decades at a job and then retiring, found something he loves to do. He writes crime novels, diving into his work first thing in the morning. “I get up and caffeinate heavily and start writing,” he says.

The writing gives him real satisfaction, which is one reason why he’s just come out with “Within Plain Sight,” his fourth novel in a series about Detective Sergeant John Byron of the Portland Police Department. If the books seem unusually believable, there’s a reason: Coffin spent 27 years as a cop in Portland.

He started out walking a beat in the Old Port, worked in the Traffic Division, had a stint as a drill sergeant at the Maine Criminal Justice Academy, and ended his career with thirteen years as a detective sergeant. The cases ranged from stolen purses to homicides, and as you’d expect, all the things he saw and smelled and heard and felt as a cop—the good, the bad and the unspeakable—just might find their way into his fiction.

“The only rule I set for myself,” Coffin says, “was that I wasn’t going to write things that had actually happened as far as the crime was concerned.” Fiction, at least for this ex-cop, is a lot more fun than reality. “I didn’t want to write true crime—and I still don’t. I feel like I had enough of that.”

RELATED: Are these the best towns in Maine?

RELATED: A Big Break For a Maine Cartoonist