Maine’s piping plovers need protectors. They’ve got hundreds of them. 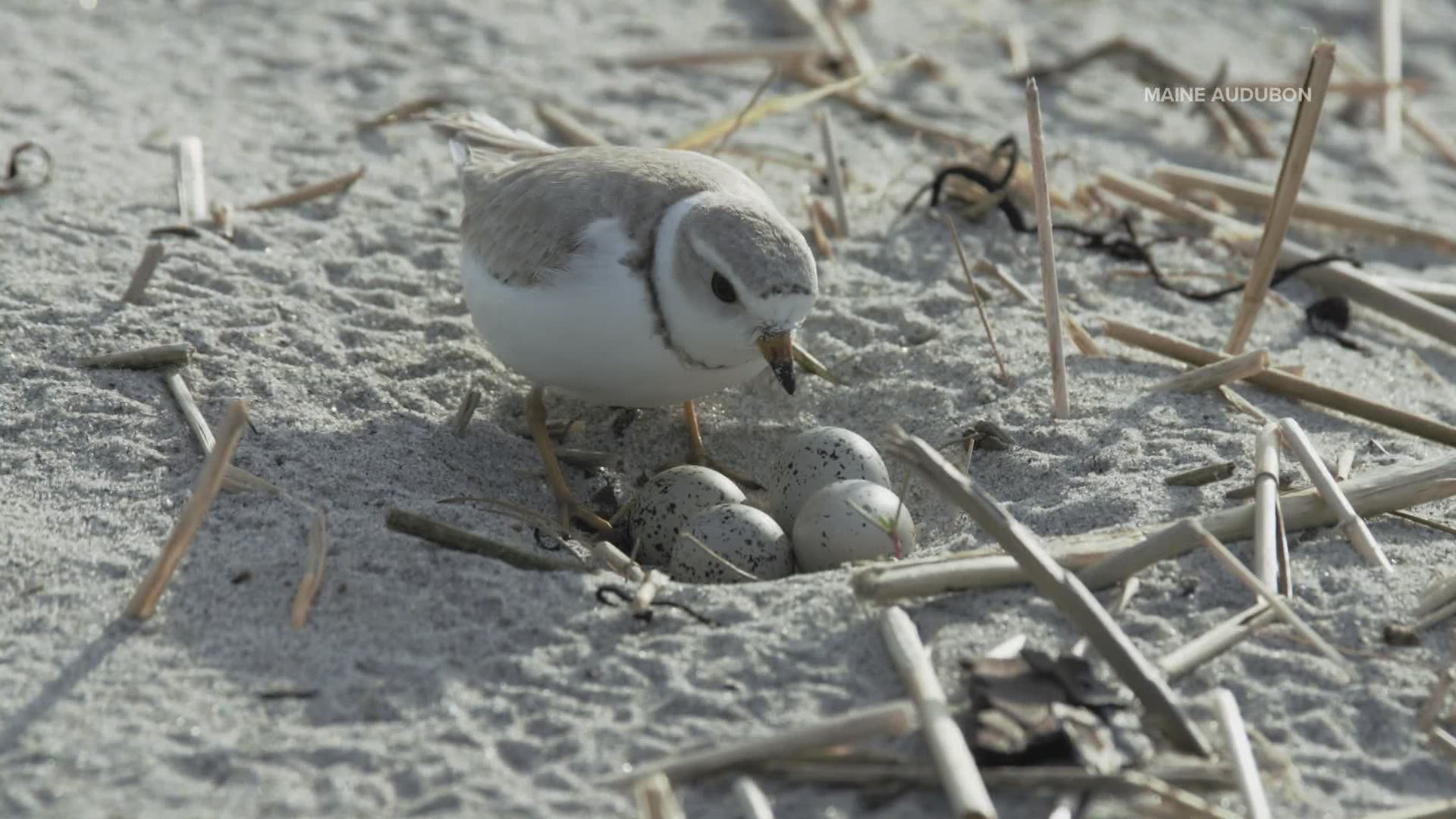 CAPE ELIZABETH, Maine — On a July day with blue skies and warm sunshine, hundreds of people will head to Crescent Beach State Park in Cape Elizabeth. Four beach enthusiasts arrived long before the gates opened. As a matter of fact, they’ve been walking up and down the beach all summer.

Those four are piping plovers, tiny birds that build their nests in the sand, lay eggs, and then watch out for their chicks. The eggs and chicks are a shade of tan so they blend in with the beach, which camouflages them from natural predators (gulls, crows, skunks and raccoons, to name a few) but leaves them unprotected when people or dogs unknowingly come close.

In 1981, Maine Audubon started a program to protect the plovers, whose population had dropped to alarming levels. “We never had more than 66, 68 nesting pair until last year when we skyrocketed up to 89,” says Laura Minich Zitske, director of Audubon’s Piping Plover and Least Tern Project. That was the total number not for Crescent Beach, but for the 24 beaches the project monitors from Ogunquit to Georgetown. “Now we’re probably somewhere around 97.”

Partners play a crucial role in the project. They include the Maine Department of Inland Fisheries and Wildlife, the U.S. Fish and Game Service, towns along the coast, state parks, and perhaps most important, hundreds of volunteers. “One of our volunteers, who’s actually our volunteer coordinator in Wells, doesn’t even live in Wells,” says Francesca Gundrum of the Plover Project. “She drives [forty minutes to the beach]. She’s there almost every single day. And she’s not alone. There are plenty of people who come from far and wide to be part of this project.”

The work is straightforward. The volunteers keep an eye on the plovers’ whereabouts as they roam the beaches for food and educate people about the need to leave the birds alone and give them space. By watching out for the birds they also help preserve their habitat. “When we protect them, we are protecting the beach,” Zitske says. “And that’s the only way we can still have beaches like this that are natural and beautiful in the state of Maine.”

RELATED: Staycation made easier with a new adventure website