Boothbay Harbor boasts the only walking sculpture trail in Maine. Students are welcome to come take a tour and even meet some of the sculptors. 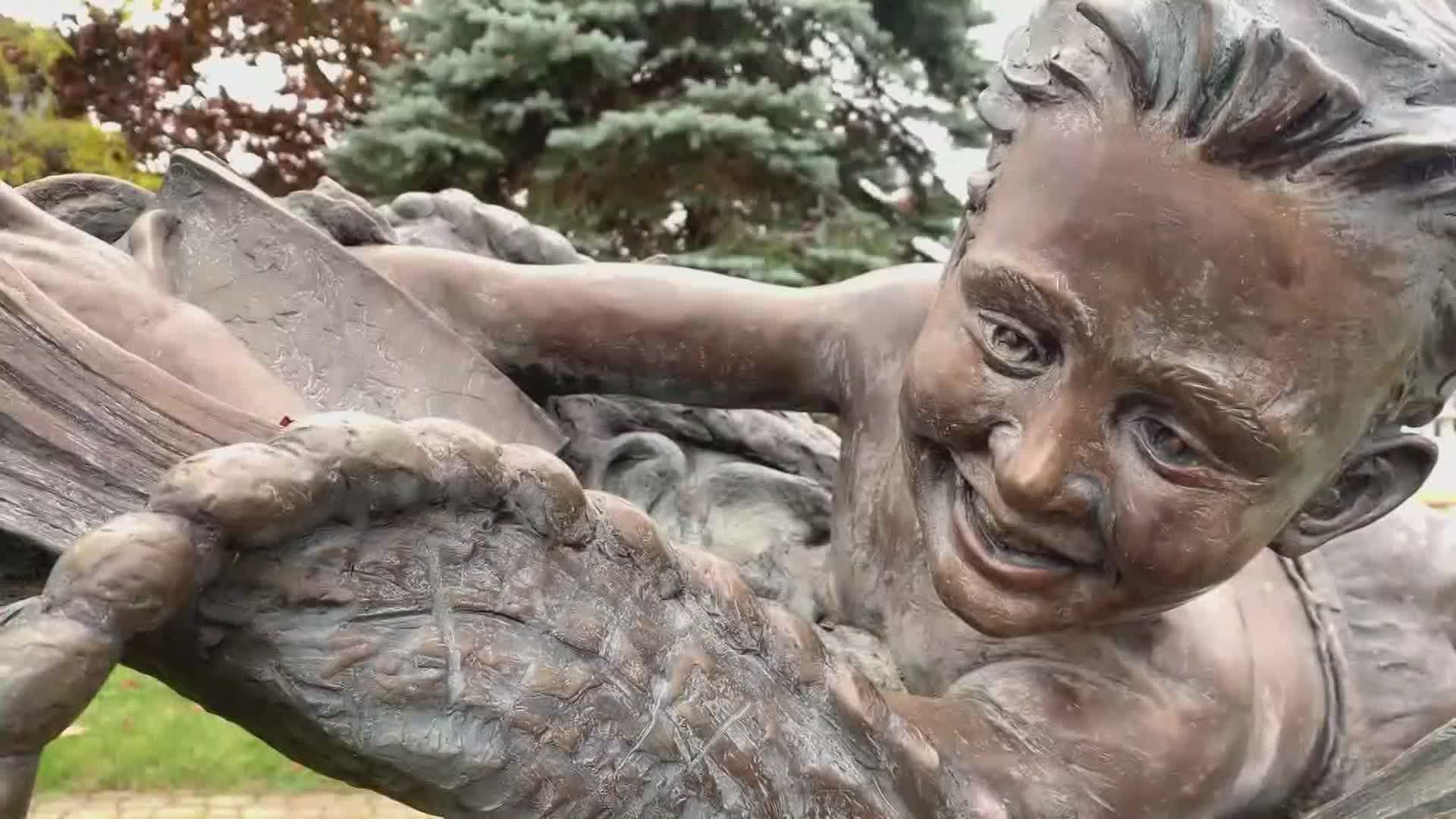 BOOTHBAY HARBOR, Maine — Art enriches our lives but it is often not accessible. In Boothbay Harbor they are taking art out of the galleries and into the open, using the natural beauty of the jagged coastline as a backdrop.

Twenty-eight sculptures now occupy spots outside businesses, on small patches of grass in the harbor, and serve as the state's first and only walking sculpture trail. Patricia Royall is a volunteer with Sculpture Boothbay who along with her cousin, William Royall, got the trail started five years ago. Each year sculptures are added and new locations are found.

Royall says it usually takes pedestrians a little more than an hour to walk to the 20 sculptures that are tucked around the harbor. An additional eight sculptures people will most likely need to drive to see and enjoy.

"It was a natural marriage for the sculpture trail and for this region," says Royall. As pedestrians enjoy the sculpture they also stop for lunch or window shop and bring added business to the area. Royall says they currently have more businesses that want a piece of sculpture outside their storefront than they have sculptures themselves which she admits is a good problem to have.

Every year the town publishes a trail map that includes all the new sculptures that have been added to the trail. They can be picked up at the Chamber of Commerce or at several local businesses.

For artists like Andreas von Huene, who has several sculptures featured on the trail, it's an opportunity to see his work in a setting it was not originally designed for and he says a time to reflect how he could have made it better.

On an overcast morning in October, students from Southport Elementary gather to walk to several of the sculptures, draw one and then get a lesson from von Huene in how to sculpt granite.

"I think this is exactly what we wanted to do as kids. Go on field trips and see stuff we might not get to see be able to talk to adults that aren't telling us what to do," says von Huene as he lets the students draw on a large piece of stone that will be the head of an owl. He polishes stone and shows them how laborious it is to chisel rock.

The kids are enthralled. And although they don't always seem to be paying attention they are definitely learning more about their community and the art in it.

"When I place a piece in a community such as this a location it was not designed for the sculpture it lets me see the sculpture in new ways," says von Huene.

The energy the students bring on the autumn afternoon is something he hopes they never lose.