Soña is a 5-year-old golden retriever in her sixth season as a member of the ski patrol team at Sunday River. 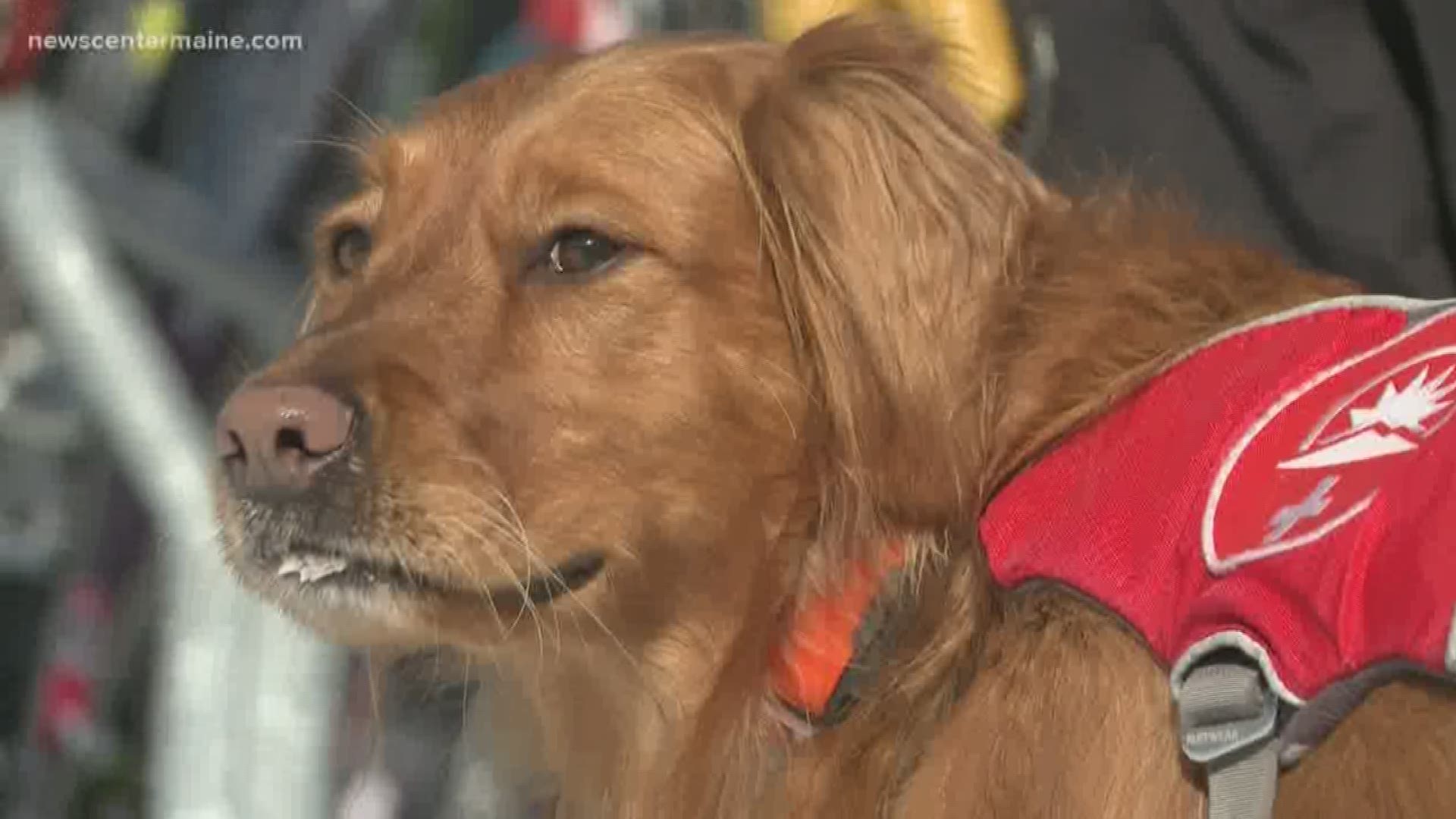 NEWRY, Maine — Five-and-a-half-year-old golden retriever Soña may be the only canine to serve on a ski patrol team in Maine. In large part it’s simply because, outside of avalanche-prone mountains like those out west, tracking dogs simply aren’t needed in Maine.

But Sunday River is doing something different. The ski mountain in Newry welcomed Soña as a way to have more visibility on the mountain and interact better with guests. It is hard not to notice a dog gliding down the mountain.

Greg Schneider is a LifeFlight nurse by day and a volunteer ski patroller every weekend. He’s been patrolling the slopes at Sunday River since 1991. When Soña was just a puppy, Greg, who admits he isn’t an extrovert by any means, brought his new pet to Sunday River's Fall Festival. People starting coming up to him to meet Soña. He says he was amazed at people’s interest in his pet and the opportunity she brought for him to meet new people. That’s when the the idea hit him to have her join as a volunteer ski patroller.

Soña is a trained and certified tracking dog, and she can find things like lost gloves on the mountain, but that is really her side job. Her main role is to be a ski patrol ambassador as Karolyn Castaldo, director of communications at Sunday River, says.

Greg talked to ski patrollers out west to learn best practices for having a dog on the mountain. He read several books and then he started training Soña in the mountains. “It's a slow and steady process,” Greg said and detailed the thousands of hours of training work he put in with the small-framed canine.

Now in her sixth season, Soña is a pro on the slopes. She easily and obediently uses the lift alongside her trainer and then races down the mountain either on his shoulders, on a long leash or between Greg’s legs. And as far as doing her ambassador work, she excels at it just by being herself.

“I’m amazed everyday at the conversations I have with people,” Greg said as a small band of skiers, some who have been skiing at Sunday River for years, approach him to pet, admire and inquire about Soña.

Greg says Soña also helps when he has to talk to guests about a corrective matter like skiing too fast or on closed trails. Soña has responded to injured skiers with Greg, and some have told him it made them feel calmer having her around.

As I and photojournalist Kirk Cratty followed the pair around the mountain one afternoon in late January, we also were amazed at the people Soña attracted. They were old and young -- one woman who admittedly didn’t like dogs but liked Soña -- people with disabilities, men and women, people Greg and we would never have met without the furry ambassador. It seems everyone likes seeing a friendly, wagging tail among skiers and snowboarders. And Greg was right; it opened up conversations that turned into sharing more information about the mountain. But for Soña, as much as she likes meeting people, being petted and admired, it is clear as she rolls in the snow and waits impatiently while Greg talks to people that racing down the mountain is her biggest joy.

RELATED: One of Maine's oldest diners where locals say 'if you can't handle it, don't come in' 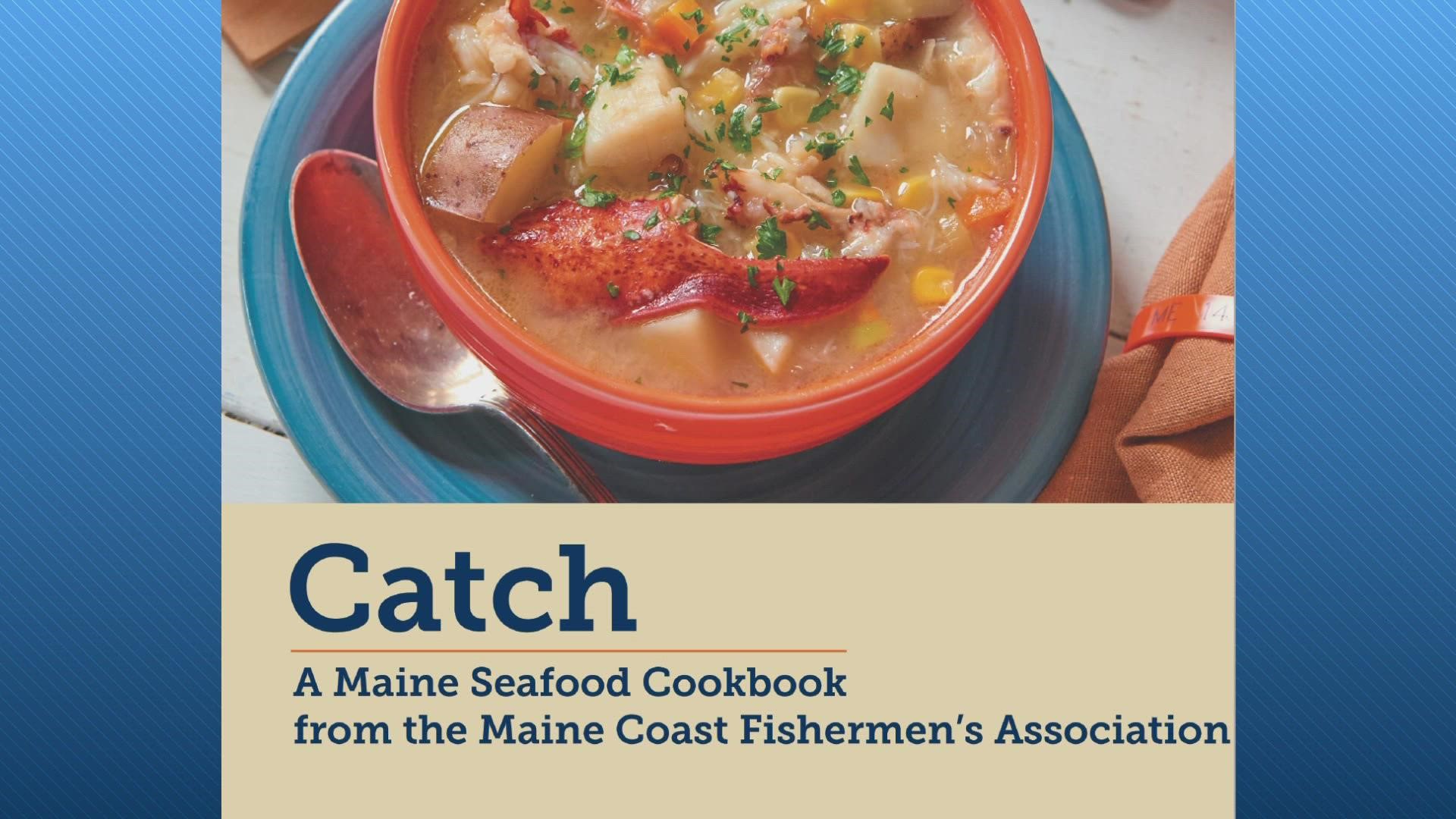