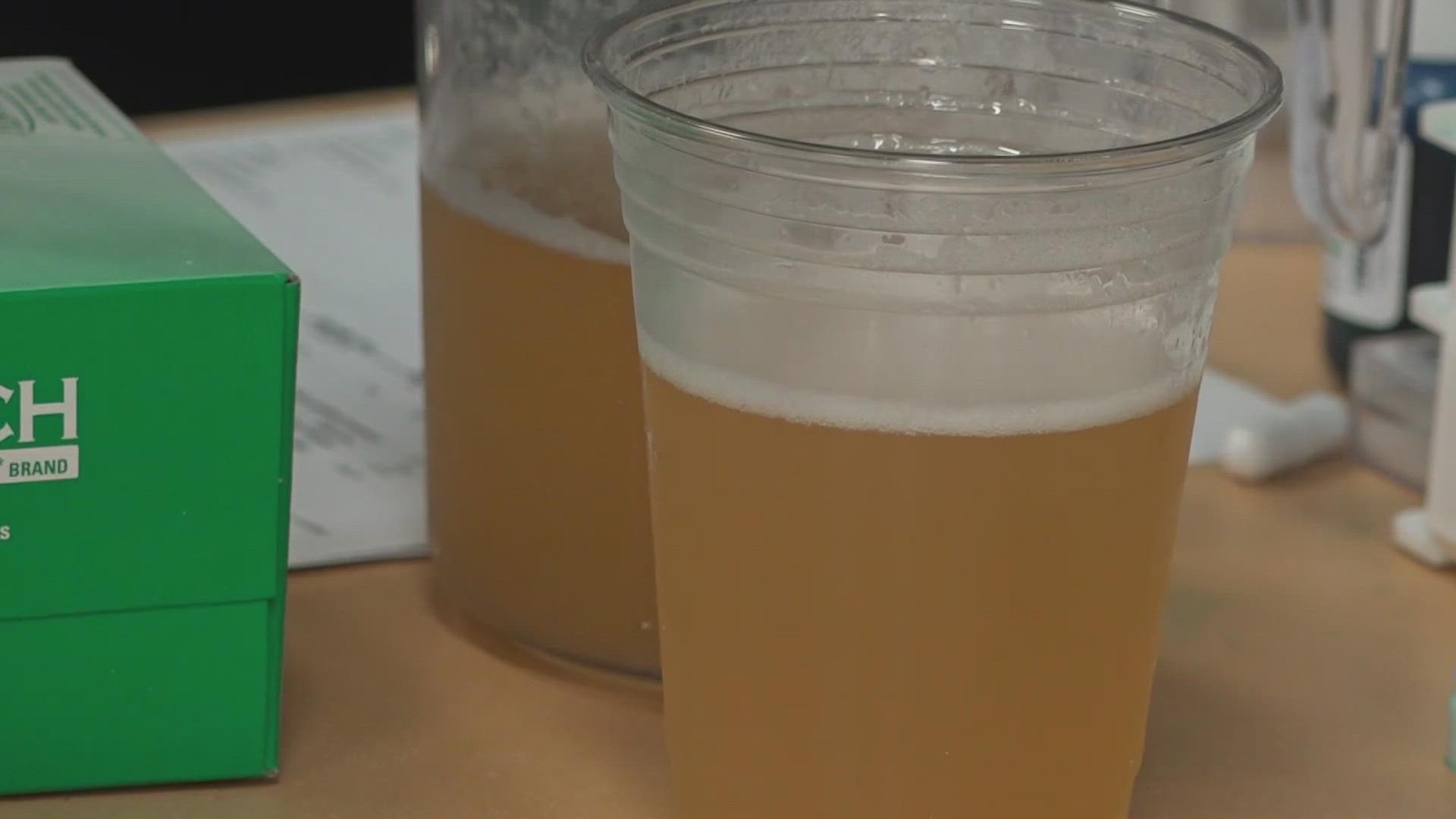 PORTLAND, Maine — Craft beer is a big deal in New England and especially here in Maine where we have more breweries per capita than any other state. With so many breweries, it's hard to bring something new to the table, but KITna Brewing is the state's first brewery without the buzz.

Will Fisher, co-owner of Austin Street Brewing has teamed up with Rob Barrett to get their feet wet in the non-alcoholic beer scene. Barrett, who is new to the brewery game, gave up alcohol two years ago but missed the taste of beer. Barrett says the non-alcoholic beers he tried weren't great. He thought with the right help, he could do better.

Fisher and Barrett hired two brewers, Simon Burhoe and Adrian Beck-Oliver who are making pilot batches in a one-barrel brewing system around the clock in the spare space of Barrett's building, The Public Works. They are currently on their 20th batch and think they will produce several more before they are ready to send the recipe for their flagship American blonde to a place that can brew and can it.

Both Barrett and the brewers say their brew tastes like regular beer.

Beer expert John Holl, Host of the Drink Beer, Think Beer podcast and contributing editor at Wine Enthusiast Magazine, says non-alcoholic beer has gotten better as drinkers have become savvier. NA beer sales were up in the U.S. around 40 percent in 2019 and 2020, according to Nielsen, however, non-alcoholic beer sales are still a very small market, less than .5 percent of overall sales in liquor and grocery stores.

Holl says even though it's tiny, it's a market that is growing in Europe and he believes will grow in the U.S. as trends show millennials and younger generations opt for less booze and more marijuana and as gen x and boomers get older and slow down their drinking habits.

Whatever the reason, Fisher and Barrett are excited about the future. They plan to have their first beer in stores in Maine by the end of 2021. By law, a non-alcoholic beer can contain up to .5 percent of alcohol which is what KITna's has. They hope to work on more types of beers and eventually opening a tasting room in the Portland area.