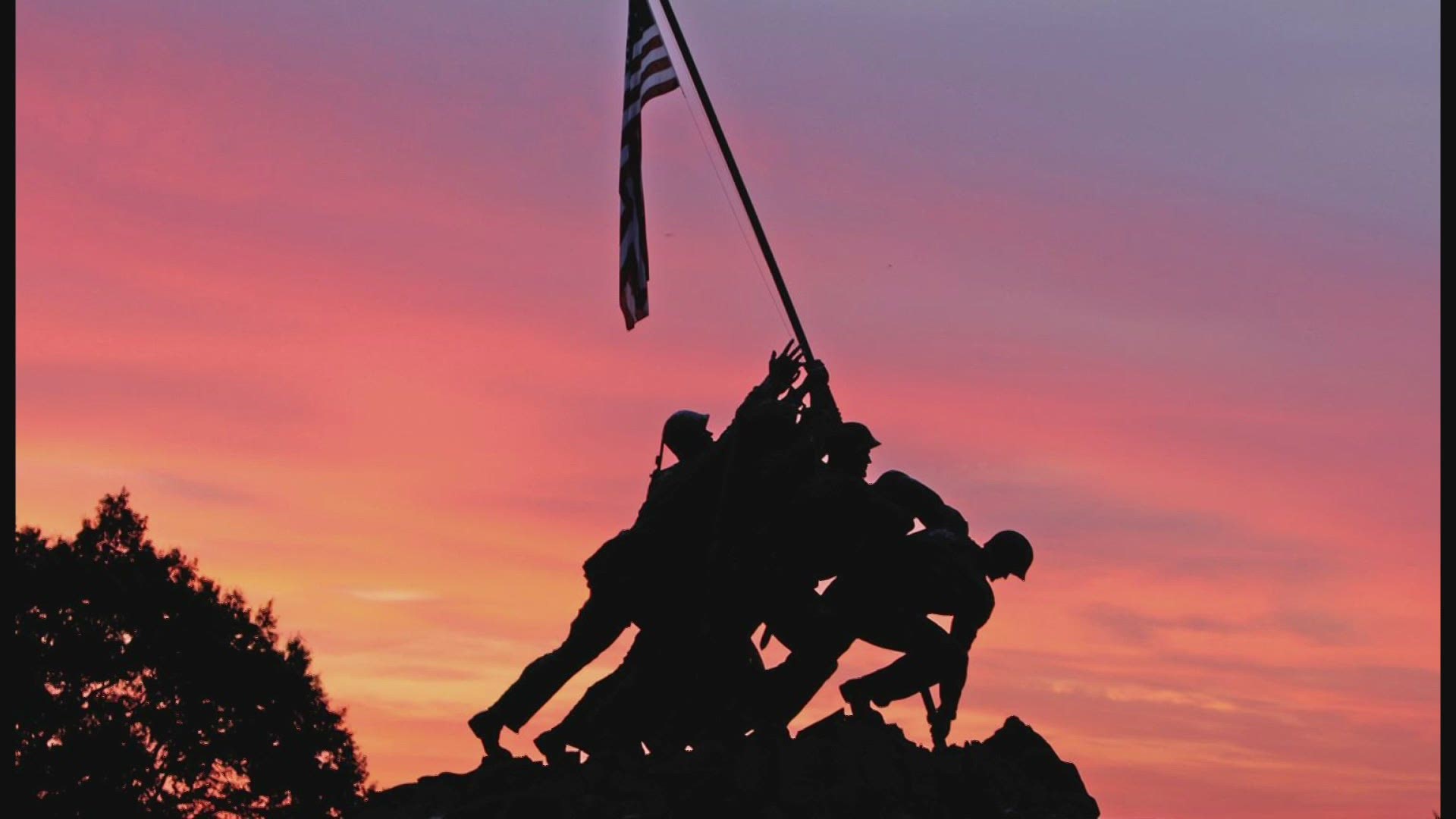 ROCKLAND, Maine — At 21-years-old, Private First Class Leroy Peasley landed on the shores of Iwo Jima. For five-weeks American and Japanese forces battled for the island leaving 7,000 Marines dead and another 20,000 wounded.

Peasley, from Rockland, didn't think he would live to see his next birthday. He worked helping injured men on the deck of the U.S.S. Callaway.

Peasley is 97-years-old and still lives in Rockland where he loves to sing and writing his own songs.

Leroy visited the Iwo Jima memorial in Arlington, Virginia with Honor Flight Maine in 2015. Organizers say he stood before the memorial in his uniform and sang “God Bless America.”