Scarborough native, Carrlyn Bathe, who reports for Fox News West covering the LA Kings, is the first female broadcaster to be featured on EA NHL 21. 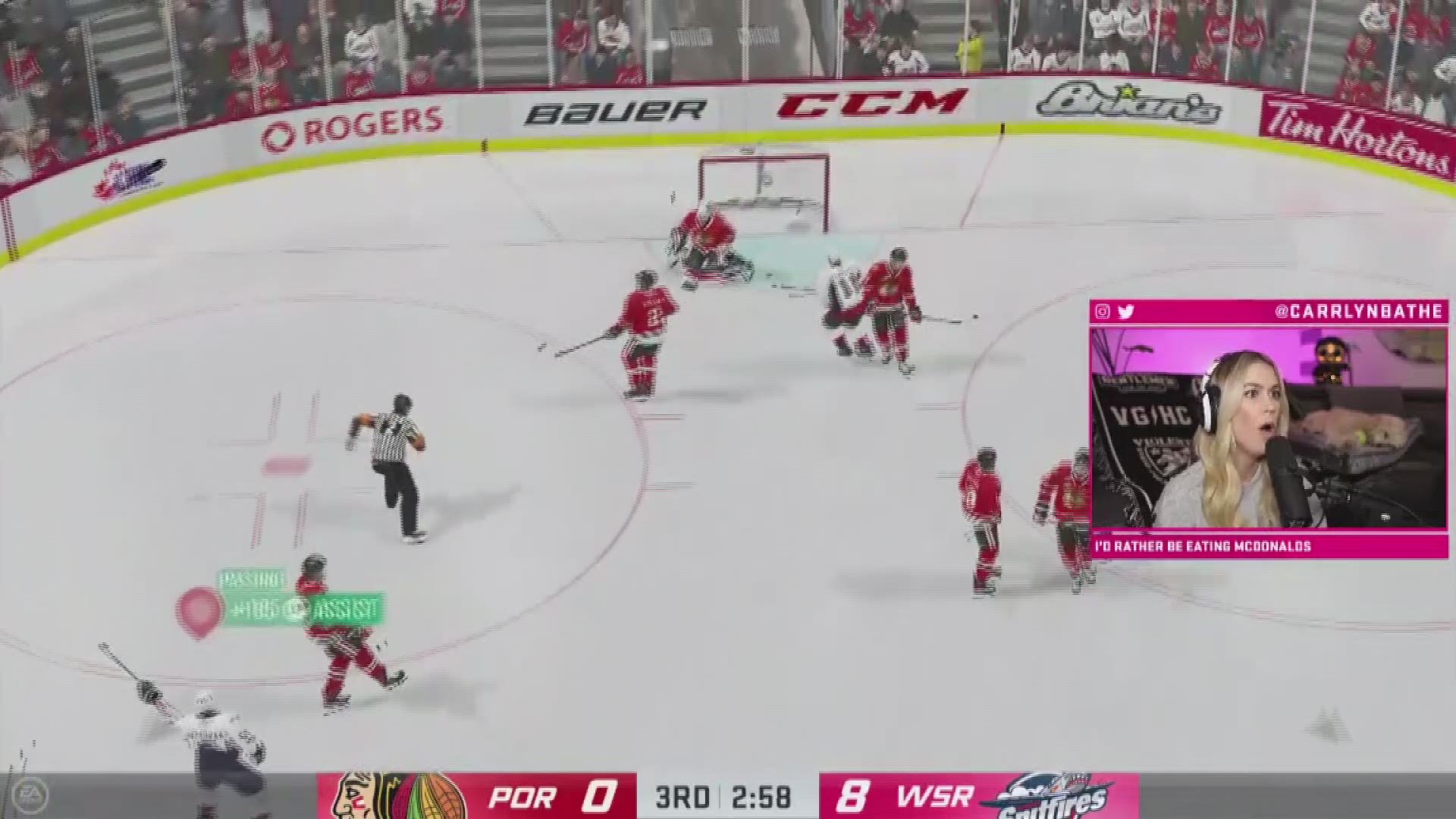 SCARBOROUGH, Maine — In the world of video games, Scarborough native Carrlyn Bathe is taking her shot, stepping into a male-dominated arena.

Bathe is the first female broadcaster ever to be featured in the popular hockey video game, EA NHL 2021. The sport is in her blood.

The daughter of Frank Bathe, who played for the Philadelphia Flyers, Detroit Red Wings, and the Maine Mariners, Bathe grew up loving and playing hockey not only with her father and brothers but for Casco Bay and for Scarborough High School.

She moved to the west coast after High School and has made a name and career for herself reporting for Fox Sports West covering both the L.A. Kings and the L.A. Angels. In mid-October, when the newest version of EA NHL's popular video game came out, Bathe's voice could be heard by gamers around the world.

"This is a big deal and I am so aware of that and so proud to be able to shout it from the rooftops that I'm the first female broadcaster in the series. The exciting part for me is I don't think I'm going to be the last. I think I'm just the start," says Bathe from her California home.

Credit: contributed
Carrlyn Bathe on the ice with her father, Frank Bathe

Long before EA reached out to Bathe last year to join her voice with other broadcasters for NHL 21, the video game had been on her radar. Her husband, Mike Hammer, is a huge fan and has been playing for years along with her brothers who played a version growing up. Admittedly, Bathe wasn't much of a gamer before the pandemic but says now she's playing video games as a way to safely stay connected with family and friends, playing Call of Duty with her nephew Jack who lives in Maine.

EA NHL 21 is played by thousands of hockey fans around the world including professional players. In the hockey simulation game, users get to feel like they're on the ice, and Bathe's voice is part of the storytelling experience in Be A Pro Mode.

"It sounds just like something you'd hear me say during a regular King's home broadcast," explains Bathe.

Bathe got into her own career because of her role model, Heidi Androl.

"I saw her when I was 19 and I looked at her career and thought, 'oh my goodness. I had no idea this was possible for a woman to love the sport she's talking about to excel and exceed in this realm."

Androl gave Bathe the push she needed to pursue her dreams and now she's hoping to do the same for someone else.

"I hope there's maybe a young girl who picked up this game and there's a voice like mine for the first time and they go, ' what wait I can do!'"