The folks at SoPo Cottage have spent the last year making Cape Elizabeth mid-century house their dream home and Cindy Williams has been along for the ride. 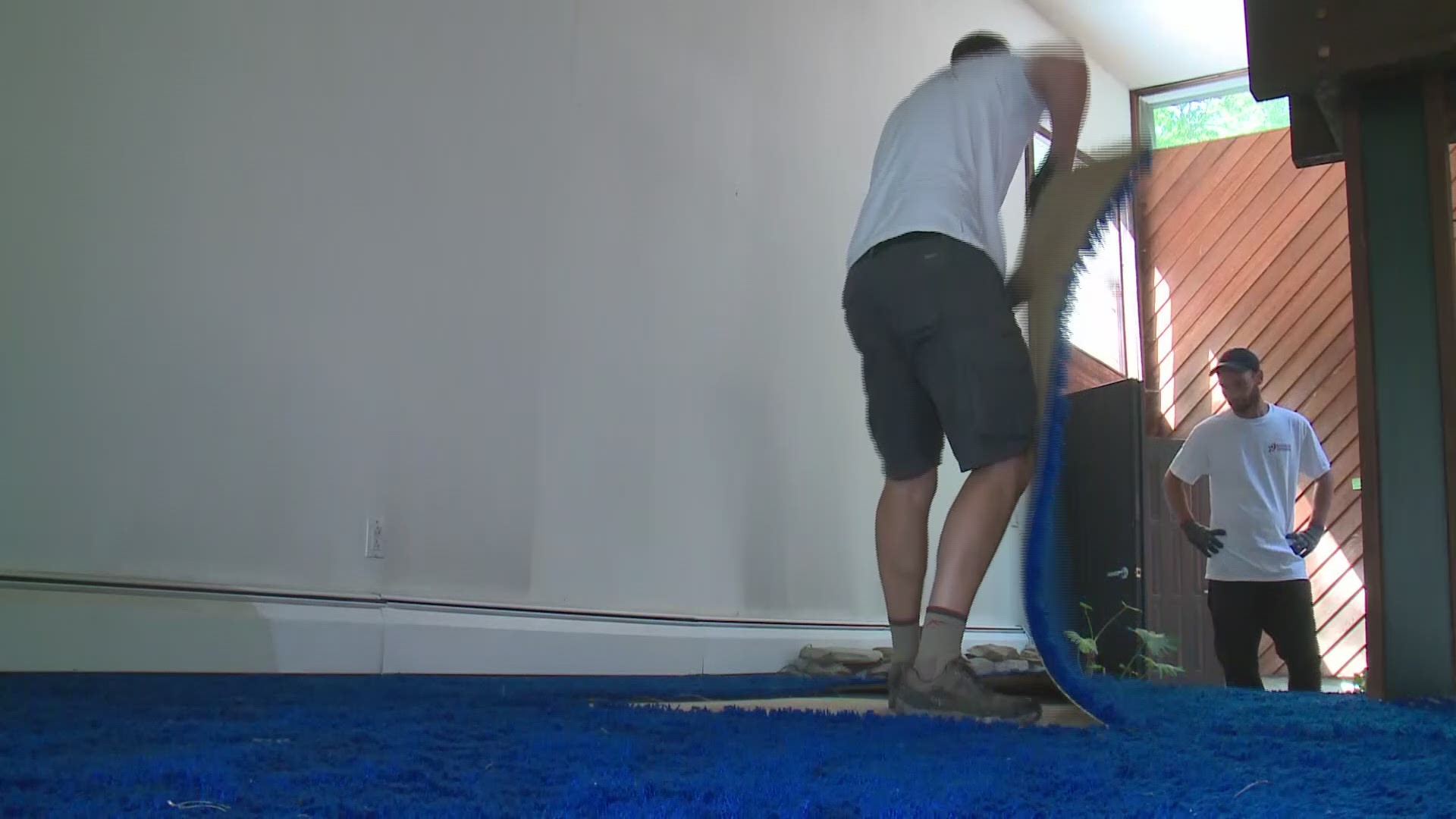 CAPE ELIZABETH, Maine — Mid-Century Moderns are all the rage right now. Those are homes built roughly from the 1930s to the 1970s. Trends in architecture, as in clothing, tend to cycle through. But right now, the 60s and 70s are back big time.

HGTV is in on it. It bought the house in California that was used as the outside shot of the Brady Bunch house. While the inside was shot in studios and looks nothing like the actual interior, HGTV, renovation experts, and the cast of the TV show are banding together to re-do the inside of the house to make it an exact replica of the TV version.

Finding a Mid-Century Modern in Maine, at least one that as not already had the 50's, 60's and 70's scrubbed clean, is a tall order. But professional renovator Laurel Labauve and owner of  SoPo Cottage happened upon one in Cape Elizabeth that stopped her and her husband Richard in their tracks.

Perched on a hill, not far from the ocean, and using the rock as the foundation, this home is unique in Maine. It was built by an architect and his family and is a perfect example of mid-century design. Laurel and Richard decided to buy it, not to renovate for someone else, but for themselves.

What ensued was a year-long renovation project, full of unexpected problems, and pleasant surprises. Through it all, Laurel and Richard remained determined to honor the era and of the history of the house itself. Join us as we take you along for the ride, in our special series Renovation Rewind.

The Big Reveal!   After more than a year, the inside of the house is done.   The cedar siding  on the outside was completed just days before our series aired in early December 2019.  So all told, it was a the project took about 21 months.   Laurel and Richard are thrilled with the result.  The re-design and decorating all stay in line with the 1970's style but with modern updates that bring the "Wow factor" and incorporate the work of a Maine artisan.  Check out the final product! 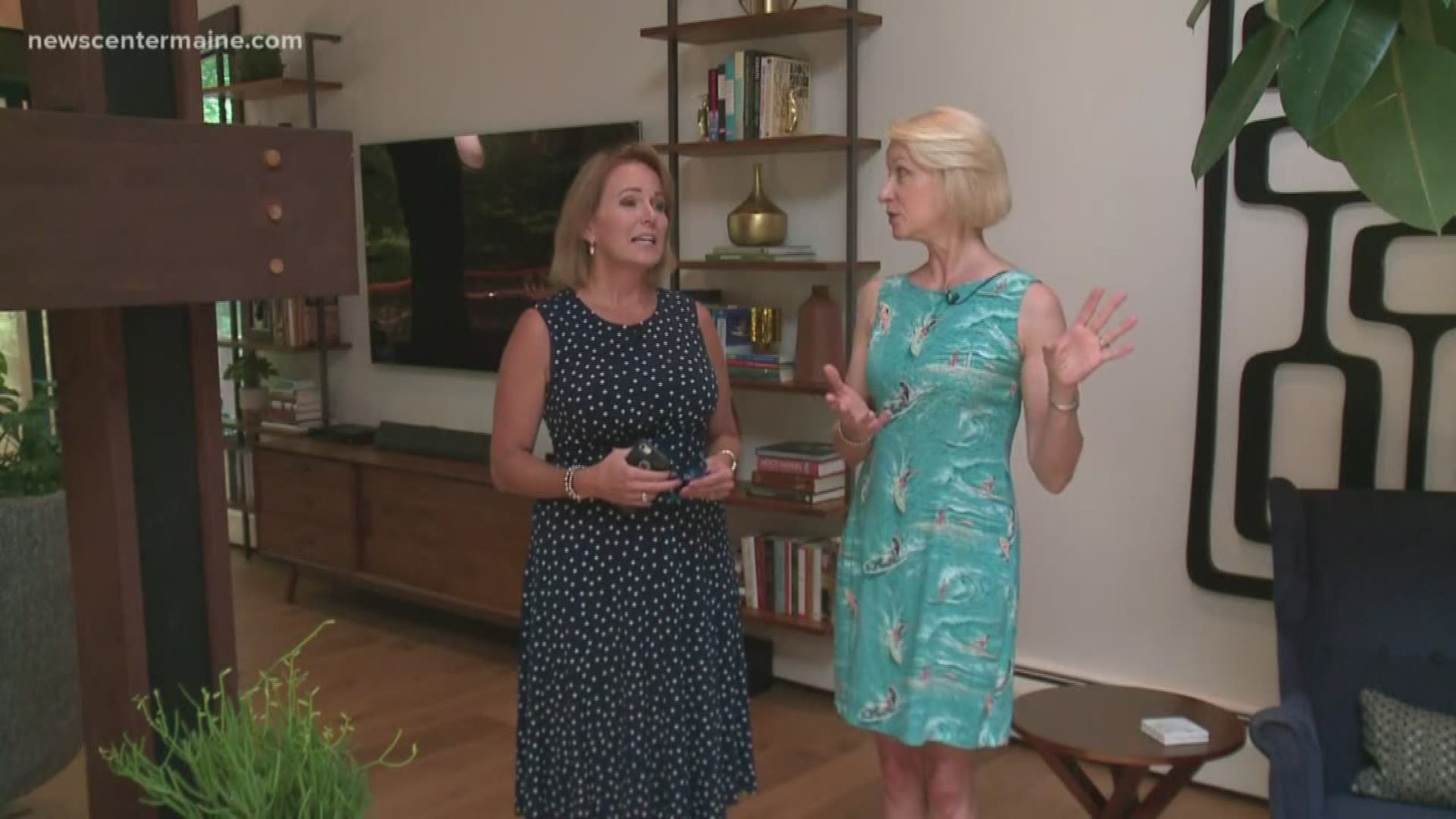 In our fourth installment of Renovation Rewind the renovators are trying to get the house ready for the holidays. Renovator Laurel Labauve seamlessly preserves original elements of the home, like certain wallpaper,  while updating dark spaces and old tile. Her updates stay in line with the 70s integrity of the Cape Elizabeth Brady Bunch style home. 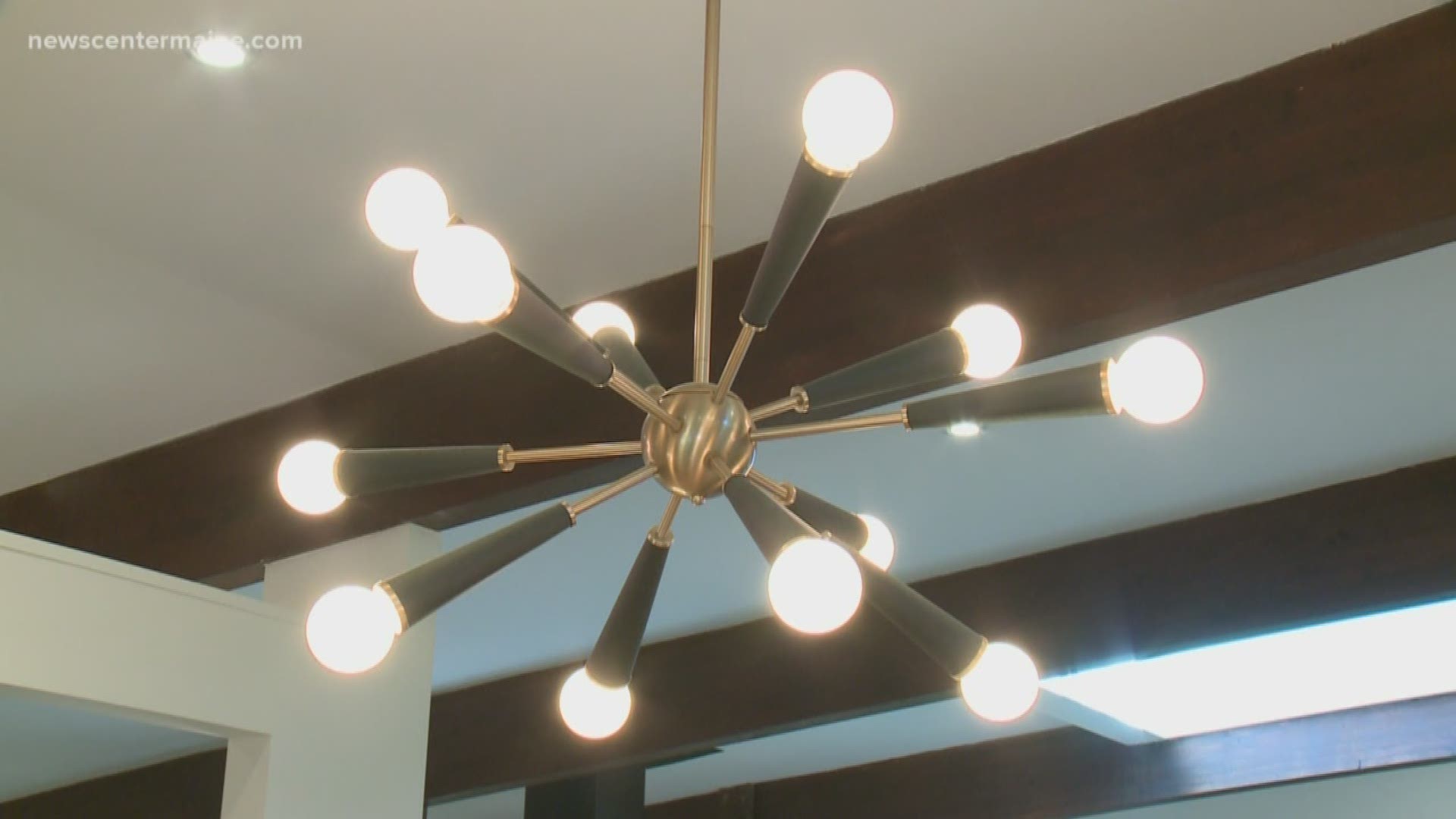 In our third installment of Renovation Rewind, you never really know what you'll find when you open up a wall in a house; especially if it's an old house. The new owners of a Mid-Century Modern home near Fort Williams know this as full-time renovators, but this house is one they plan to live in. 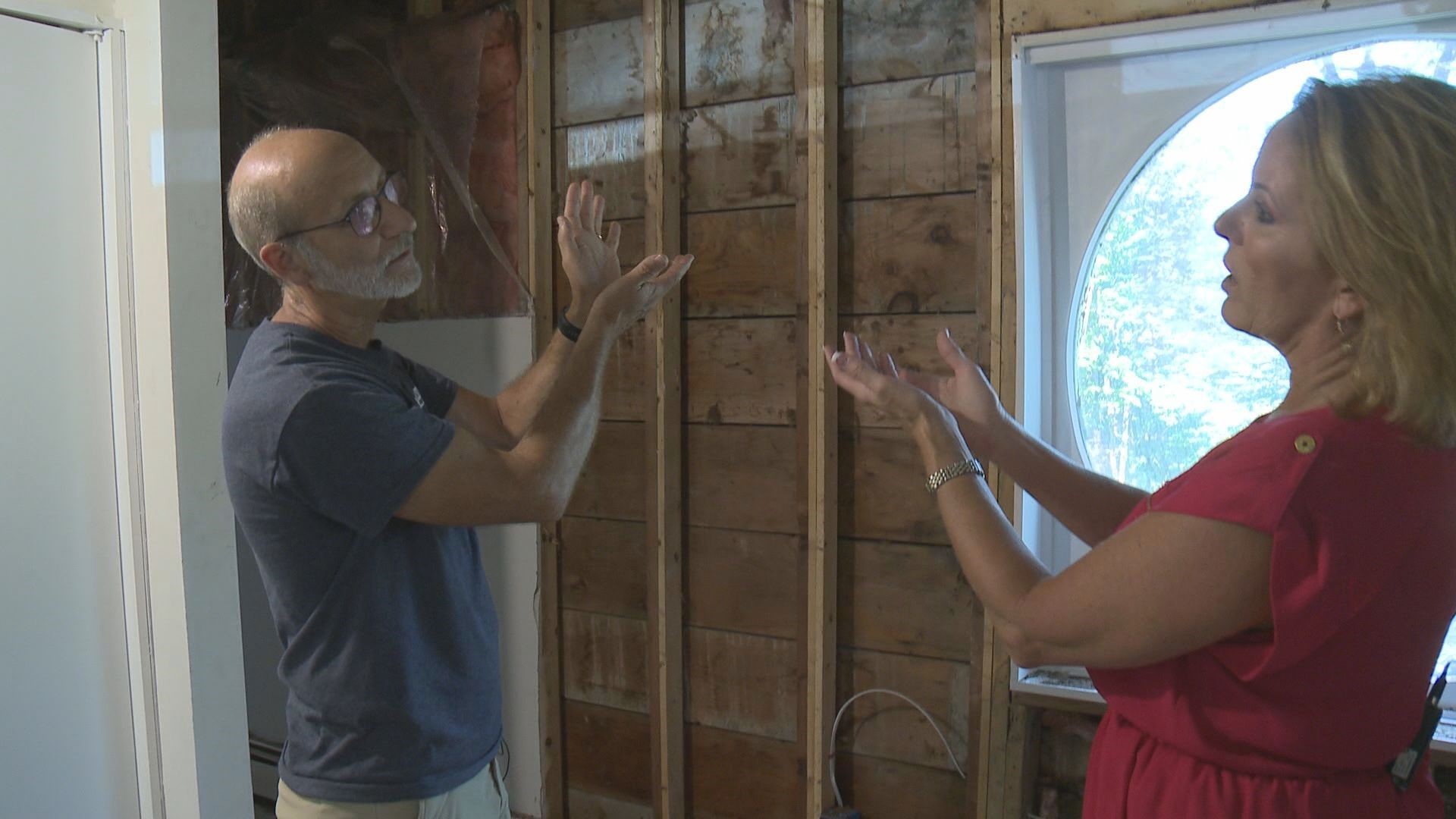 RELATED: If you want to know how to build a house the Shelter Institute can help.

In our second installment of Renovation Rewind, the demolition begins. What's discovered behind the walls, and under the carpets is at times shocking; luckily these renovating professionals prepared for the worst. 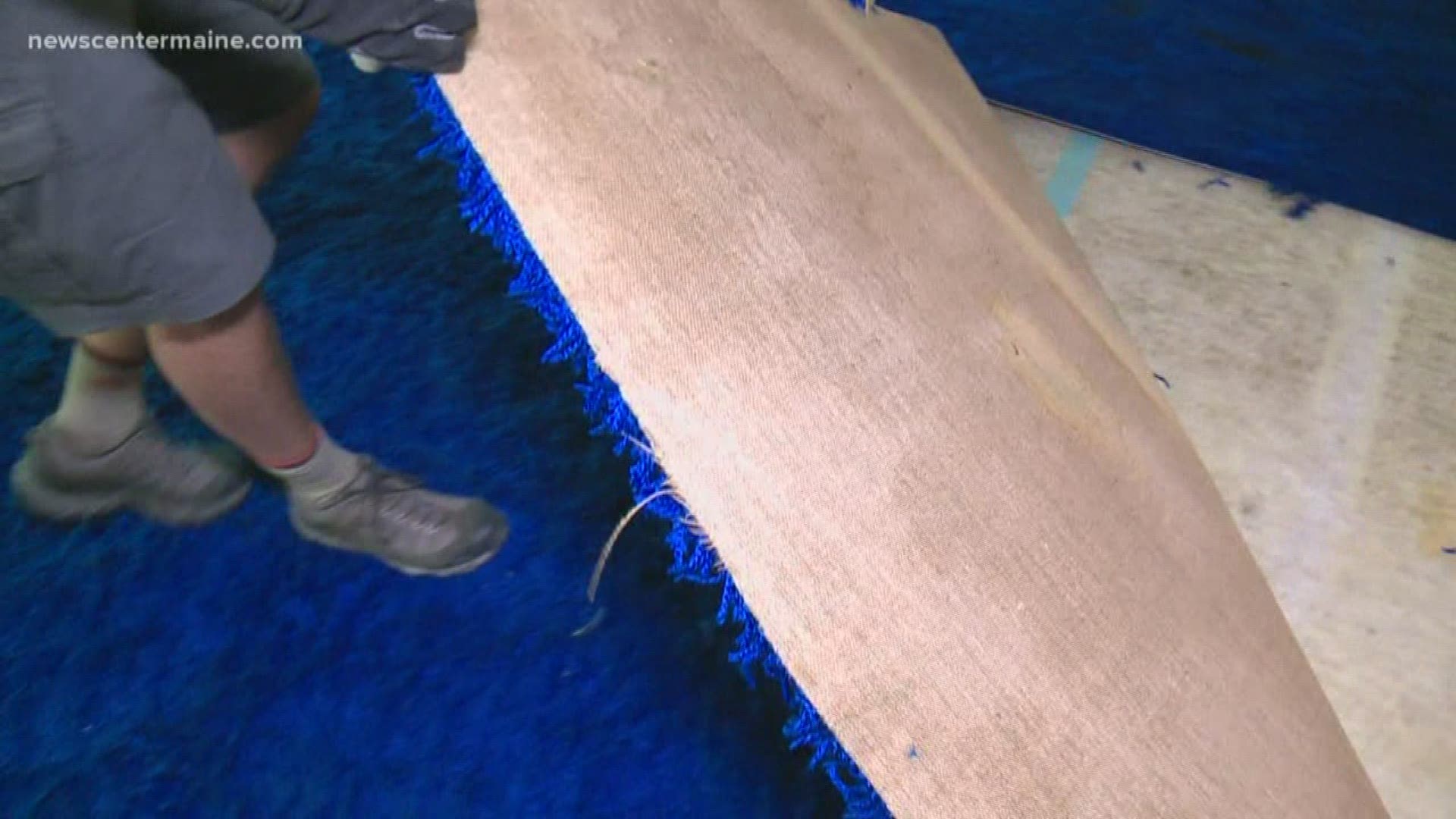 In our first installment of Renovation Rewind, we'll take a walk back in time as we explore the house virtually untouched since it was finished in 1972. We'll explore the architectural features that made this era so special. 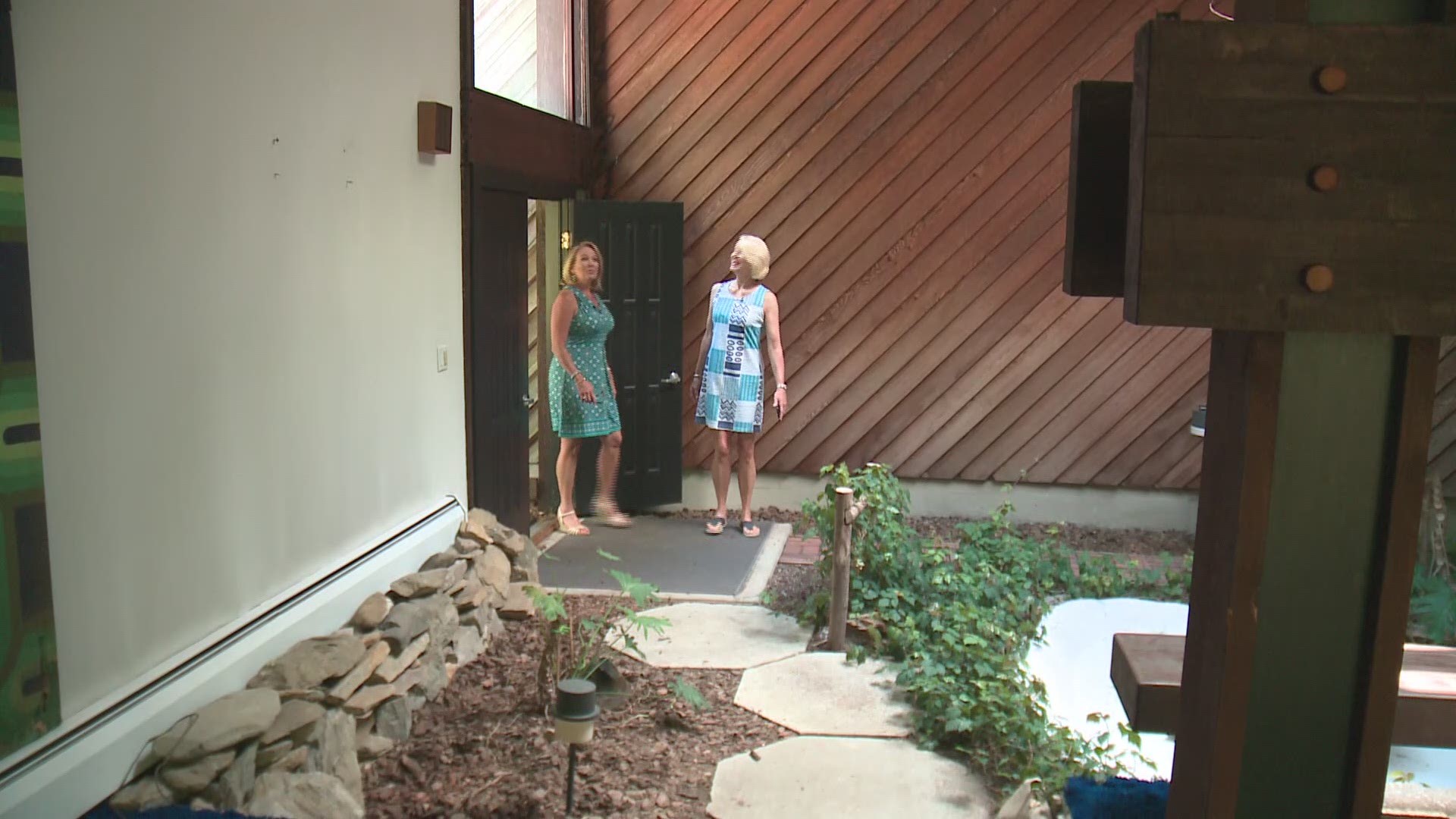 If you are embarking on the renovation of a historic home, Maine Preservation is a non-profit and a fabulous resource designed to help homeowners promote and preserve historic places.

RELATED: Tucked away off Penobscot Bay, the magical little village of Bayside