Local Virtual Concerts You Can Enjoy From Home

Aimsel Ponti shares some of her favorite upcoming virtual shows. 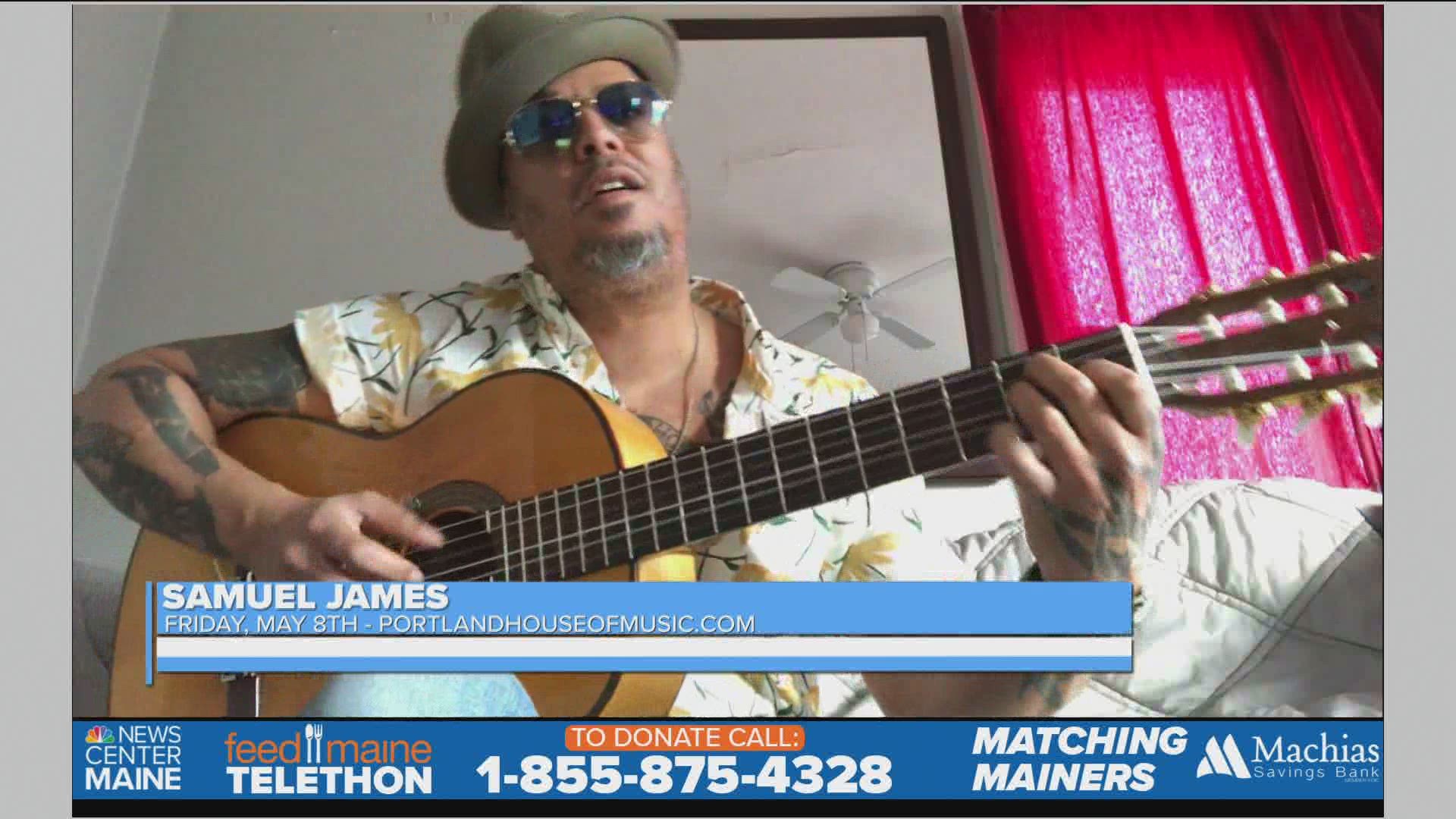 HOW MUCH: donations accepted

WHY STREAM: The Portland House of Music Locked Down with [P]Home streaming series continues with an evening of roots and blues tunes from Portland musician Samuel James. James has released six full-length albums and has performed all over the U.S. and Europe, as well as in Canada, Russia and Turkey. His songwriting and musicianship are both first-rate.

WHO: Jennifer Porter with Dana Packard

WHY STREAM IT: Maine Public’s Tiny Screen Concert series continues with a performance by singer Jennifer Porter, who will be on piano, accompanied by her husband, Dana Packard, on Cajón, from their home in Buxton. Porter is an award-winning musician, actor and screenwriter and has sung with several classical and jazz orchestras including the legendary Glenn Miller Orchestra. Her 2018 album “These Years” has received airplay all over the U.S. and in Europe.

WHO: Solo Together: A Virtual Un-Gala to support Portland Symphony Orchestra

HOW MUCH: free, donations appreciated

WHY STREAM IT: A video featuring 5 performances from PSO Musicians, Music Director Eckart Preu, Executive Director Carolyn Nishon and a live online auction. A night of performances you don’t want to miss, Solo Together is a virtual "un-gala" experience that will bring performances of world-class PSO musicians to your home. Proceeds from this fundraiser, scheduled in place of the canceled Wine Dinner, support PSO programs that enrich the lives of over 100,000 children and adults each season. Even now, PSO programs have been going virtual to meet people in their homes. All donations and online auction bids received during the event will keep the PSO strong now and for when they can safely return to the stage. Order takeout from your favorite restaurant, grab a glass of wine or sparkling water, dress up in your best evening attire (or fanciest pajamas) and join the PSO for a one-night only virtual performance and musical celebration right from your couch. Use the hashtag #PSOSoloTogether and share your photos on Facebook or Instagram to show how you're enjoying Solo Together! This event is free and open to the public. Donations are greatly appreciated.

HOW MUCH: donations accepted

WHY STREAM: The Portland House of Music Locked Down with [P]Home streaming series continues with a performance from local musician Hannah Harleen. She’s a sensational singer and will be streaming from her parents’ garage studio in South Portland. A few covers but mostly originals. The covers are jazz standards and some Ariana Grande. Hannah will be singing over instrumentals.

When Particles Collide every Wednesday at 6 p.m. and Saturday nights at 7 p.m.. Facebook Live

RELATED: How “Almost, Maine” became one of the most produced plays in the world