Seventh-grader Greer Altman is trying to raise enough money to buy her friend, who has Type 1 diabetes, a diabetic alert dog. 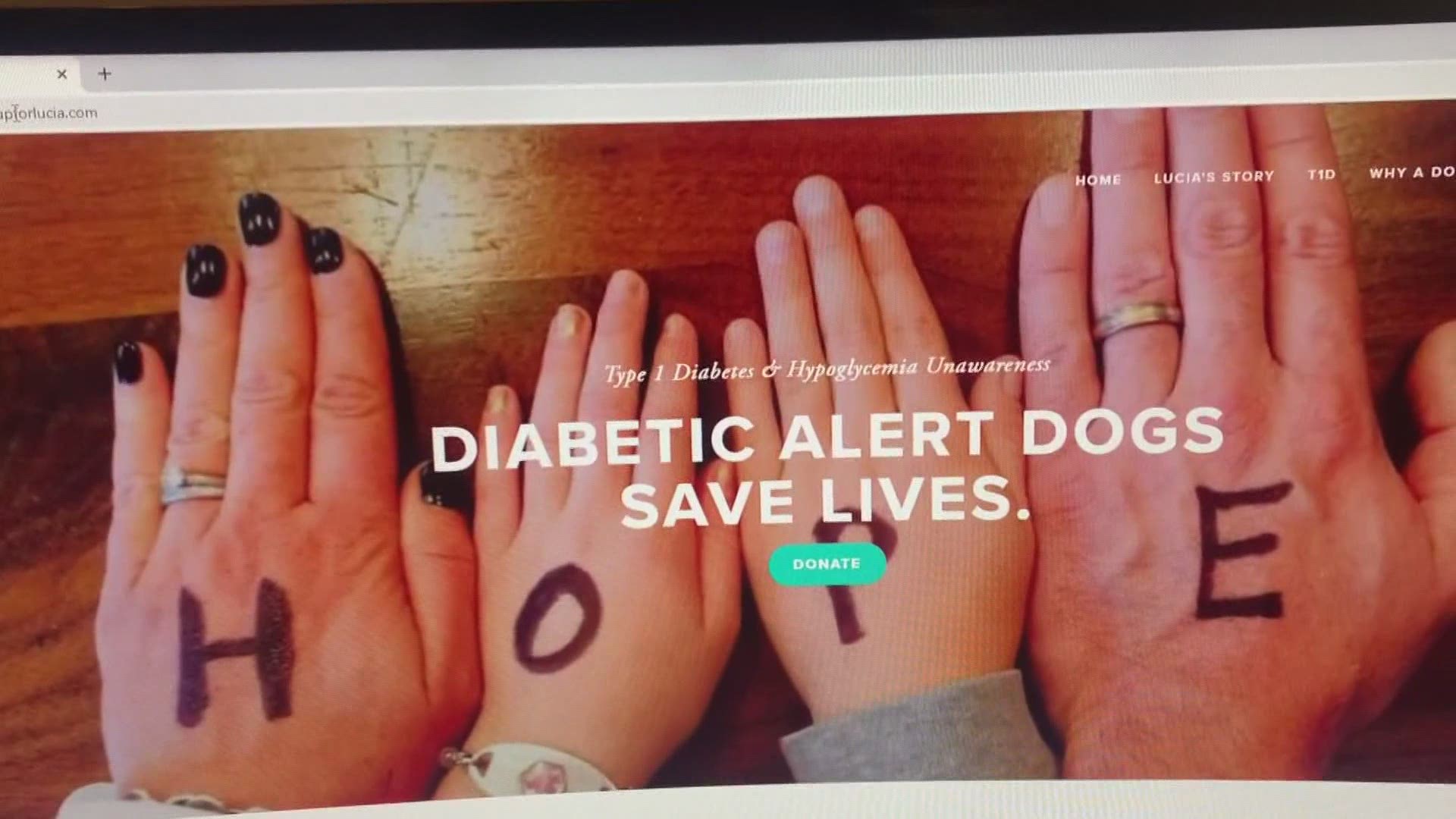 It’s been said that a true friend never gets in your way unless you’re going down. What might be even more precious, though, is a friend who jumps in to prevent you from going down in the first place.

Greer Altman is that kind of friend.

Greer is a seventh-grader at Harrison Middle School in Yarmouth. Over the fall she became fast friends with sixth-grader Lucia Littlefield when they started playing volleyball together.

"She's really funny and she's really fun to be around she can be a little loud sometimes but so am I so that's okay," Greer said.

As they became friends, Greer started to learn about Lucia's Type 1 Diabetes and how much time and attention not only Lucia but her whole family has to give to the autoimmune disease. Lucia also has hypoglycemic unawareness, meaning she does not feel when her blood sugar is high or low. An app alerts her when her blood sugar is off, but can not always catch the plunging highs and lows quickly. Lucia's mother, Kristen wakes up several times a night to check on Lucia's blood sugar levels.

At Harrison Middle School students are given 10% of their time to work on a project they are passionate about. When Greer learned how expensive but beneficial a highly trained diabetic alert dog could be for her friend, she got to work and used her 10% Time to work on it.

Greer created a website, LifePupforLucia, a GoFundMe page, and a logo. She raised $7,000 with plans for more fundraisers and raffles but then the coronavirus hit, stifling her fundraising efforts.

"If not saving my life, he definitely saved me from medical emergencies," Breen says. Before she got Blue, Breen's husband never felt comfortable leaving her for business trips. She says having a diabetic alert dog changed her life and lessened the anxiety of living with a dangerous disease that has no cure.

Chappy will be the third diabetic alert dog Breen has trained. Chappy was handpicked from his liter when he was just eight weeks old because of the good traits he displayed.

"He's a very, very loving dog, very compassionate and very composed. He's amazing. I am the most proud of him," Breen said. And now after more than 2,500 hours of training, Chappy is ready to start scent training to Lucia's salvia. Breen will train Chappy to alert Lucia when he smells high or low blood sugar. But he can't start until enough funds have been raised and until social distancing is over because right after training to Lucia's scent he needs to be placed with her.

Breen says she can wait until the now 13-month-old pup is up to 18 months to scent train him. After that, she says she wouldn't trust that the training would maintain.

"This story is weirdly full circle," says Breen who grew up in Yarmouth and was friends with Lucia's mom in High School. She believes Chappy is meant to be with Lucia.

"We are not giving up hope. I know that it'll happen. It'll come through its just been a different journey than we thought it would be," says Kate Altman, Greer's mother.

As the expression goes, every dog will have its day, and Greer Altman his hoping that means one day Chappy will be with her friend Lucia Littlefield.