Journey to the North Pole begins in Brunswick

The matter of who became the first man to explore the North Pole is something still contested today, but it's widely believed to be a man from Maine. 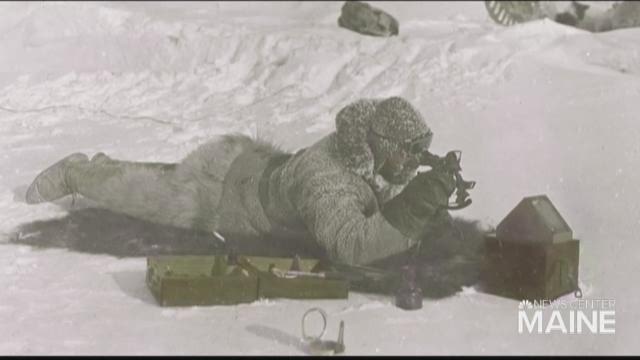 BRUNSWICK (NEWS CENTER Maine) -- Robert Peary led a number of expeditions to the Arctic; the final of which, he claims, he discovered the North Pole.

Peary grew up in Portland and graduated from Bowdoin College, where a museum bears his name, and a number of artifacts he collected.

"The United States is an Arctic nation," said curator, Genevieve LeMoine. "We have Arctic territory and claims on Arctic water and strategically and economically and environmentally it’s a really important place, so we are really well placed to educate people about the Arctic in all different ways."

The Peary-MacMillan Arctic Museum sits inside Hubbard Hall on the campus of Bowdoin College. There, You'll find all sorts of unique artifacts, each weaving a story about the past, present, and future of the Arctic and the Inuit.

The museum was created more than 50 years ago, showcasing personal artifacts and photos collected by Robert Peary and Donald MacMillan.

"In his day, MacMillan was a very popular speaker so he had name recognition at the time," said LeMoine. "It’s diminished a little, but we try to keep it alive."

Both made regular trips north to learn about Inuit culture, and survival, but it was the final expedition that would make Peary's name more widely recognized.

"He would send people back as they were not needed anymore, and finally he sent back the last of the supporting people and he and Matthew Henson and the four Inuit go on that last dash for the Pole," said LeMoine.

"There were many different explorers from different countries trying to get there and so it was seen as a nationalistic achievement."

Reporter: "Was he the first?"

"Yes. Assuming... There was some debate over whether he got there at all, because it’s not on land it’s on floating moving sea ice. He couldn’t put a stake in the ground and say, 'I was here,' which you can do in the South Pole because it’s on land. But the sea ice is always moving," said LeMoine.