Sharing what he learned on his way to sobriety

Jon Cross thinks the transitional years are the hardest for students. 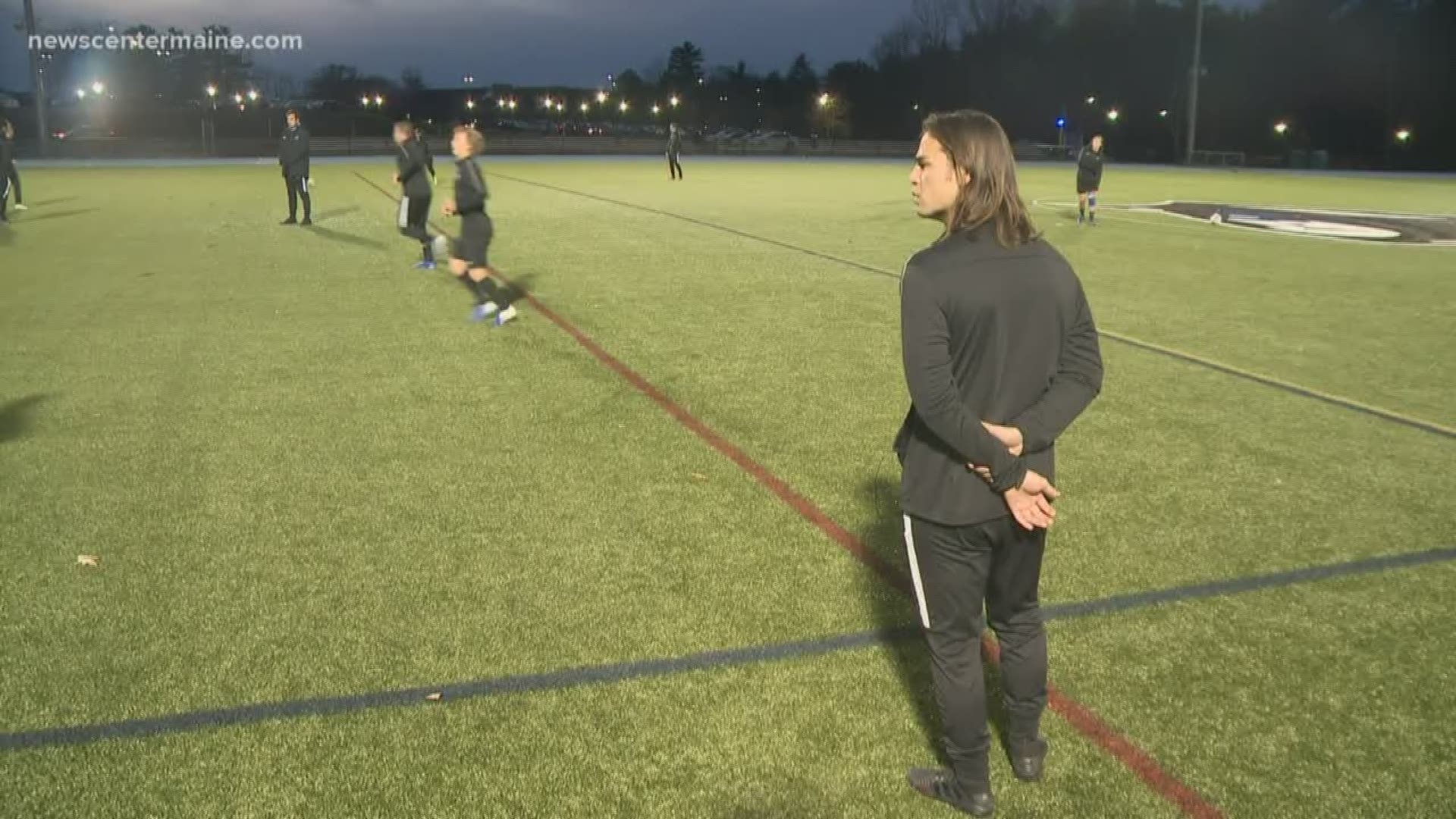 STANDISH, Maine — At a young age, Jon Cross has already done some hard work to beat addiction – and get to a place where he is comfortable in his own skin. Now his work is helping others do the same.

As a young kid on the athletic field, Jon Cross says ‘everything made sense’. But the story he tells he now shares with students -- is a story about his life falling apart.

He had a pretty idyllic childhood, and grew up in an athletically gifted family, the fourth  child of a German Dad, and a ½ Korean, ½ African American mom. It was in junior high when he found himself aware of racism around him, although he couldn’t quite put his finger on what he was feeling and hearing. It was confusing, the first time he recalls straying from his true self.

"Through high school, junior high, I was kind of a lost soul. That had some things in his life that made sense – which was soccer. Which was my family. But the rest of my life kinda was falling through the cracks.  And drug addiction slipped in through those cracks, and kind of eventually took over the soccer, took over the family – goes all the way through college, post-graduation. Same thing is every time I was losing like a good positive connection? Drug addiction crept in."

As part of the presentation Jon gives to students, he is brutally honest. "Eventually heroin comes in to play. Eventually, I’m an IV heroin user. People are always asking me “Jon, how did you become an IV heroin user? “ I say very slowly….one bad mistake at a time.”

His battle with addiction would sideline Jon from a promising collegiate sports career, distance him from his family, and keep him dropping in and out of school. It was the practices he learned in rehab - yoga and meditation - that finally began to make sense, and build structure in to his life. About five years ago, Jon got sober.

The work he did in rehab helped him to identify what he calls the ‘transitional years”  -  those years when students are more vulnerable and making big - and sometimes bad - decisions. Rather than just base his conclusions on his own experience , he interviewed college students, other patients in treatment, athletic directors.

"I went to Harvard University and sat with the athletic director there, I sat with all these different coaches and said, 'Is this a problem? Is this a problem?'  And they all, 100 percent, like ‘you’re on to something.’ I’ll never forget the Harvard Athletic Director said, “I don’t know why I took this interview with you, but I did – and I’ll tell you, you’re on to something.”

I asked Jon to tell me what he thought they meant by that.

"That there's a problem on college campuses – there always has been, as old as time – of (you know) what’s going on with freshman leaving early, or just problems in general, mental health you could say." Jon continued, "Right now I’m focusing primarily on transitional years. That’s when I feel like – it’s the moment things can happen. So, freshman year of college, senior year of high school, maybe a senior year of leaving college to go in to the world 'cause that’s the moment of a lot of changing parts, you have to adapt to a new surrounding, you have to start figuring out who you’re gonna be and in that moment in-authenticity could slip in, ‘I’m gonna be this, to fit in to this new group of things” so that year, or transitional years is where I really really putting all my focus."

Focusing on transitional years in sport and life

1 / 21
NCM
When the sun goes down, and the lights go up, Asst. Coach Jon Cross helps to put the team through its paces

That focus is Cross Wellness - taking many of the tools he learned while becoming sober and  incorporating them in to the program he presents to students. His goal is to use the practices he learned in rehab as a way to prevent drug addiction.

RELATED: How the Yarmouth, Fryeburg boy's soccer teams are proving it's about more than the game

When he returned to his first love – soccer, he re-enrolled at the University of Southern Maine in 2015 and petitioned the NCAA to reinstate his eligibility to play collegiate soccer. He was the first student granted that status due to drug addiction. At the age of 27, he would play college soccer again, finish a whole season, and eventually go on to be an assistant soccer coach at St. Joseph’s in Standish. Jon is invited by colleges across Maine and Massachusetts (where he grew up) to speak to students. If you would like to learn more about Jon and Cross Wellness, click here.