"Everything Beautiful in Its Time" explores the lessons Jenna Bush Hager's grandparents taught her. 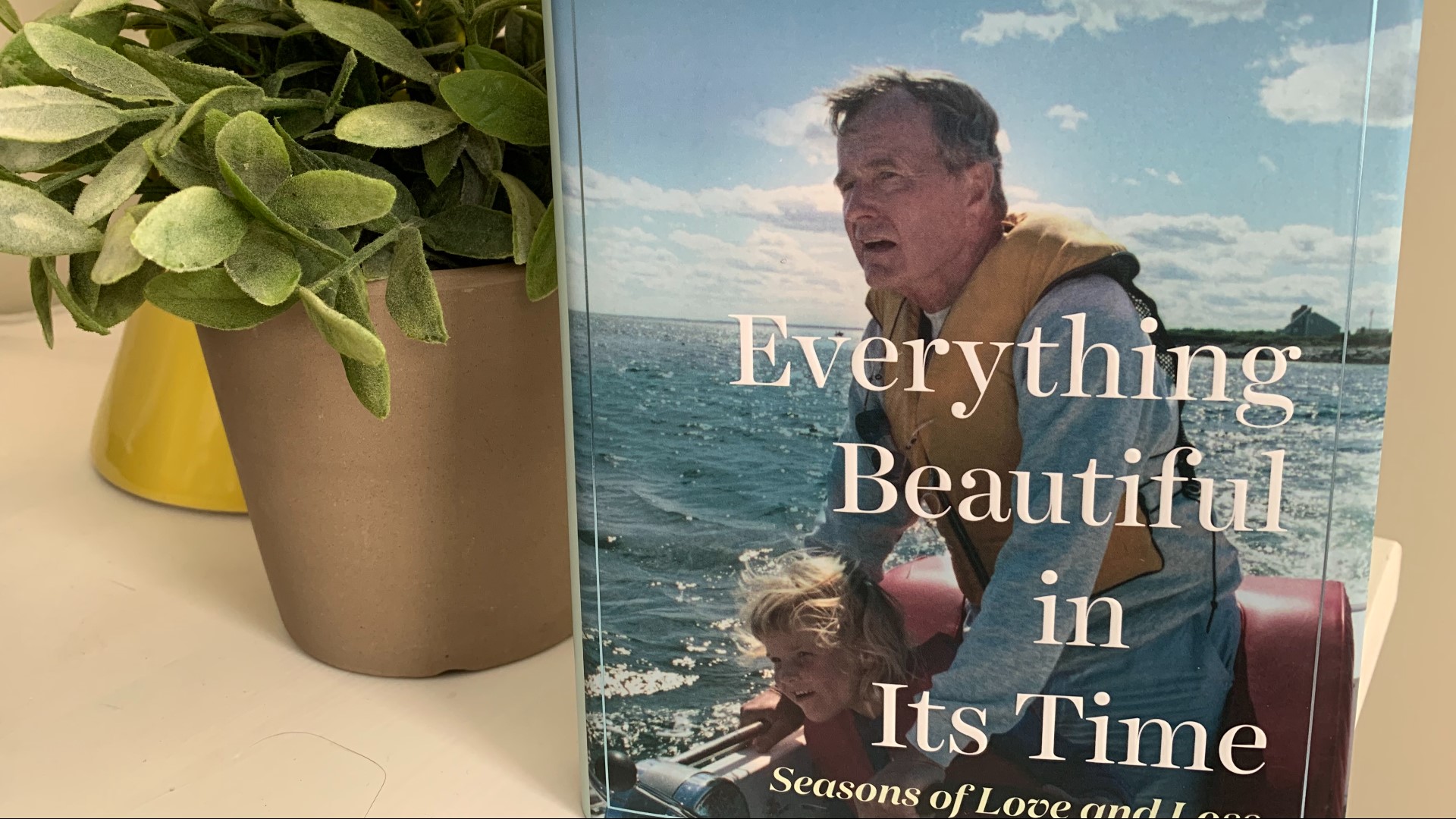 KENNEBUNKPORT, Maine — In the year Jenna Bush Hager lost her three living grandparents, George H.W. and Barbara Bush and her maternal grandmother Jenna Welch, the grief she felt started to pour out of her in writing. An avid journaler, Jenna began writing letters to her deceased grandparents and journaling about the lessons they taught her.

"It started as kind of a way for me to heal and then at some point I felt like their story should be shared because I know that grief is one of those universal things that a lot of people experience," says Jenna.

Most of the lessons her famous grandparents, known simply as "Gampy and Ganny" to Jenna, taught her were lessons they simply lived.

In her sixth book, "Everything Beautiful in Its Time: Seasons of Love and Loss," she includes letters written by her Grampy and Ganny, both avid writers of letters, to Jenna and her twin sister, Barbara. She also includes love letters her grandparents wrote to each other, showing their devotion.

"I don’t remember every single thing about being with them in Maine or visiting them in Texas but what I do remember is how it felt to be in their house. It felt joyful and there was so much humor and love and that was because they wanted to be around each other," Jenna says, adding that is something that as a child feels effortless. But as an adult, she has realized with her own husband and three young children that it takes a great deal of effort.

While the book is not about Maine, Maine is a common setting in it. The cover shot is taken off the coast of Walker's Point and Jenna writes that Maine has been an anchor in both her life and her sister Barbara's. The sisters moved around a lot and went to several different high schools. But Maine, she says, was a constant.

"I have gone every single year of my life. This will be my 41st summer there this summer and it's a priority because not only is it a beautiful place but what it means is family."