Digger Davenport is a bike cop during the summer in Port Talbot, the fictional Maine town modeled after Kennebunkport, and faces both man in beast in this thriller. 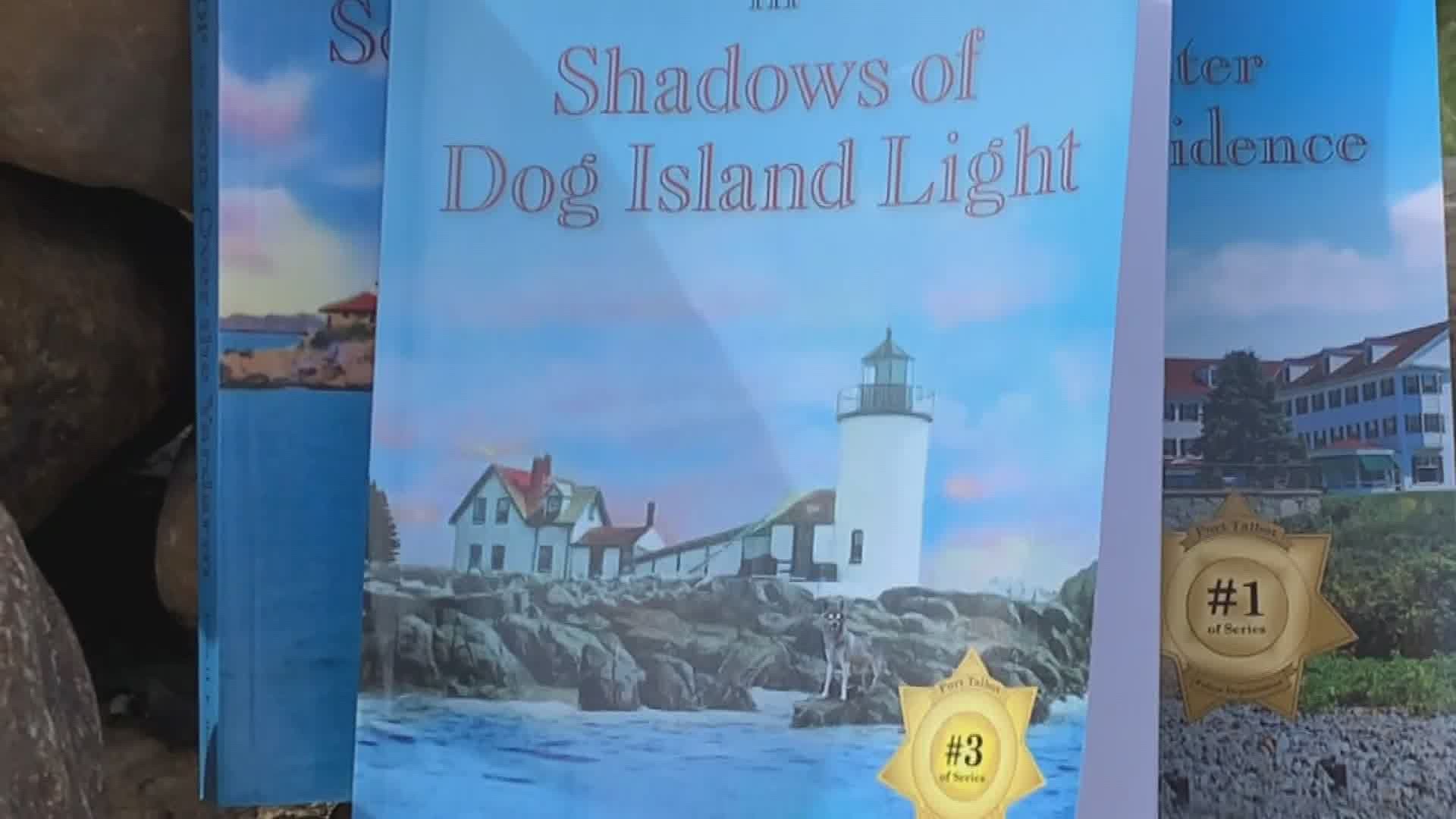 KENNEBUNKPORT, Maine — Author James Bruner is no stranger to Maine. He grew up spending his summers in Biddeford Pool and then lived in Kennebunkport where he met his wife and still spends his summers. His love for Maine runs deep and that is why his three-book series about a young bike cop in the fictional town of Port Talbot is inspired by Kennebunkport.

Bruner recently released Shadows of Dog Island Light, the third installment in The Bike Cop series that takes place in the 80s. This summer Digger Davenport returns from college to his seasonal work for the Port Talbot Police only to be embroiled in a mystery out on an island, modeled after Goat Island, where Digger has to face both man and beast to uncover a mystery that spans several decades.

Bruner weaves his experience as a lawyer into his novels and admits he started writing as a way of preserving his personal history for his six children. But he admits that got boring so he starting writing fiction and invented his protagonist Digger Davenport.

Copies of The Bike Cop in Shadows of Dog Island Light can be found in several southern Maine locations and on Amazon.