The show must go on: Kristin Goodwin Sutton moved her Thriller class online, and made the performance Covid-safe. 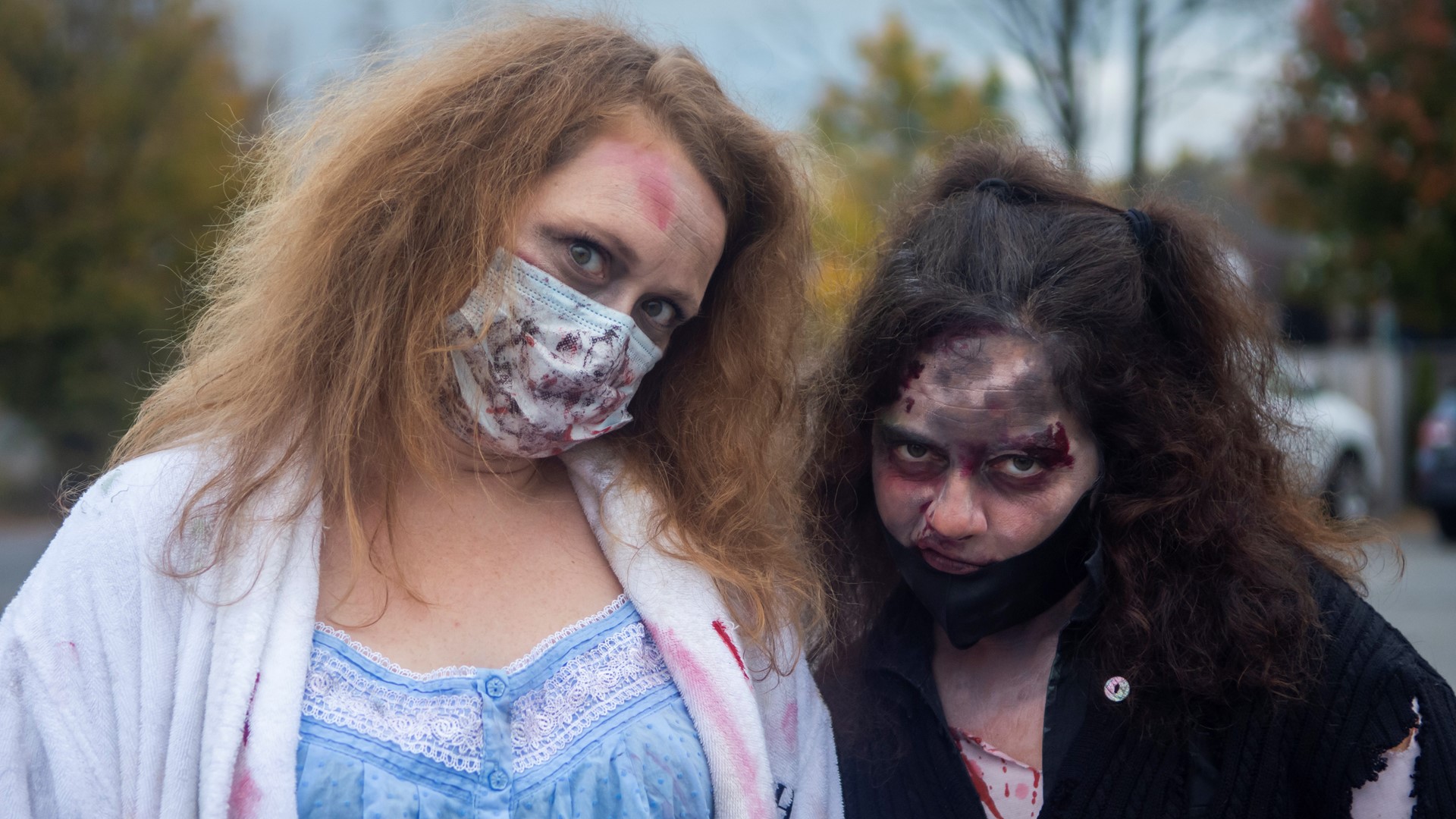 SOUTH PORTLAND, Maine — Kristin Goodwin Sutton's had a love affair with Michael Jackson for most of her life. "You're gonna make me cry!  Just since…I mean I've always loved his music, I mean when Billie Jean came out I was like 11 or 12 years old and I heard the song and I loved it.  But back then, we didn't have social media …so I didn't even know what he really looked like or how he danced. My dad let me stay up late to watch the Motown 25th Anniversary Special one year and he came on and he performed with his brothers then he did Billie Jean and then he moonwalked on stage for the first time on live – on television – and I lost my noodle. I freaked!"

"I lost it. I lost it. I made him get well cards when he burned his hair in the Pepsi commercial, the week before he passed away ….I was googling tickets to the O2 arena in London and looking at flights cuz I thought – I'm gonna do this, I don't care how much it costs, I'm going – I'd never seen him in concert."

She didn't get to see that concert, but her love for Michael Jackson hasn't wavered. And every year for the last seven – Kristin's taught anyone who wanted to learn the moves to Michael Jackson's Thriller.

"One year for Halloween I said, "I'm gonna offer a Michael Jackson Thriller class." And I had like 25 people show up. That was when the flash mobs were becoming like a big deal. I was like – we should do a  flash mob in Monument Square. I put a little teaser out on social media that morning like 'if you're in Monument Square around 5:30 pm you might see something thrilling' and that's all I wrote. And when we did it, there was a crowd of about 300 people down there waiting for us."

Zombies gather for the Thriller Throwdown showdown in a parking lot

1 / 67
NCM
"It's close to midnight..." and the zombies come out of the brush to dance to Michael Jackson's 'Thriller'.

The annual Thriller Throwdown generates a big buzz and draws a huge crowd – and she would lead as many as 100 students for the event.  And then along came 2020.

"This year. Yuh. 2020. The dumpster fire that is 2020..." says Kristin. "About June people started messaging me. 'Oh my gosh, what are we gonna do about Thriller. Is Thriller happening? Oh my God, Thriller. Cuz I start promoting it … 'six months away! Three months away!' I was like 'I can't'. I put on social media – I'm not gonna be able to do it this year. I'm gonna have to press pause."

She didn't press pause for long. "And I thought…'I could teach Thriller on Zoom…. People could just log on and do it from home.'"

And when regulations allowed for 100 people outdoors – she knew she could make this happen, only a bit differently. No flash mob in the middle of the city – but still a performance. "I got like 30 or 40 people that were like diehards. Like 'we're down to do it'. We're gonna be six feet apart, everyone will be masked."

After weeks of Zoom classes, the dancers gather in a parking lot – masked and spread out – to try out their moves. Passersby can't help but get pulled in as  Kristin puts the crew through their paces – for the first time together in person.

A few nights before Halloween, it's show time in South Portland. The dancer slated to portray Michael Jackson is not feeling well, so this year, at the last minute  -  Kristin steps into that role to pay tribute to a performer who forever dazzled her with his unforgettable dance moves.

Can you flash mob in a pandemic? Yes, you can.

1 / 17
NCM
"It's close to midnight': Thriller Throwdown 'zombies' rehearse for the filming of their performance.

"I just do it because I love MJ but I love watching these people – 90% of whom are non-dancers – be able to do it. They look at the video and think 'I'll never be able to do that dance" – they absolutely CAN do it, they do a great job with it, and I thought – what better time to do something fun like this because… everything is so dark and dreary and unfortunate – Let's just be zombies for a day and just have fun."