Is an abandoned building an eyesore? To this photographer, it’s art

Only when things fall apart does a certain beauty emerge. 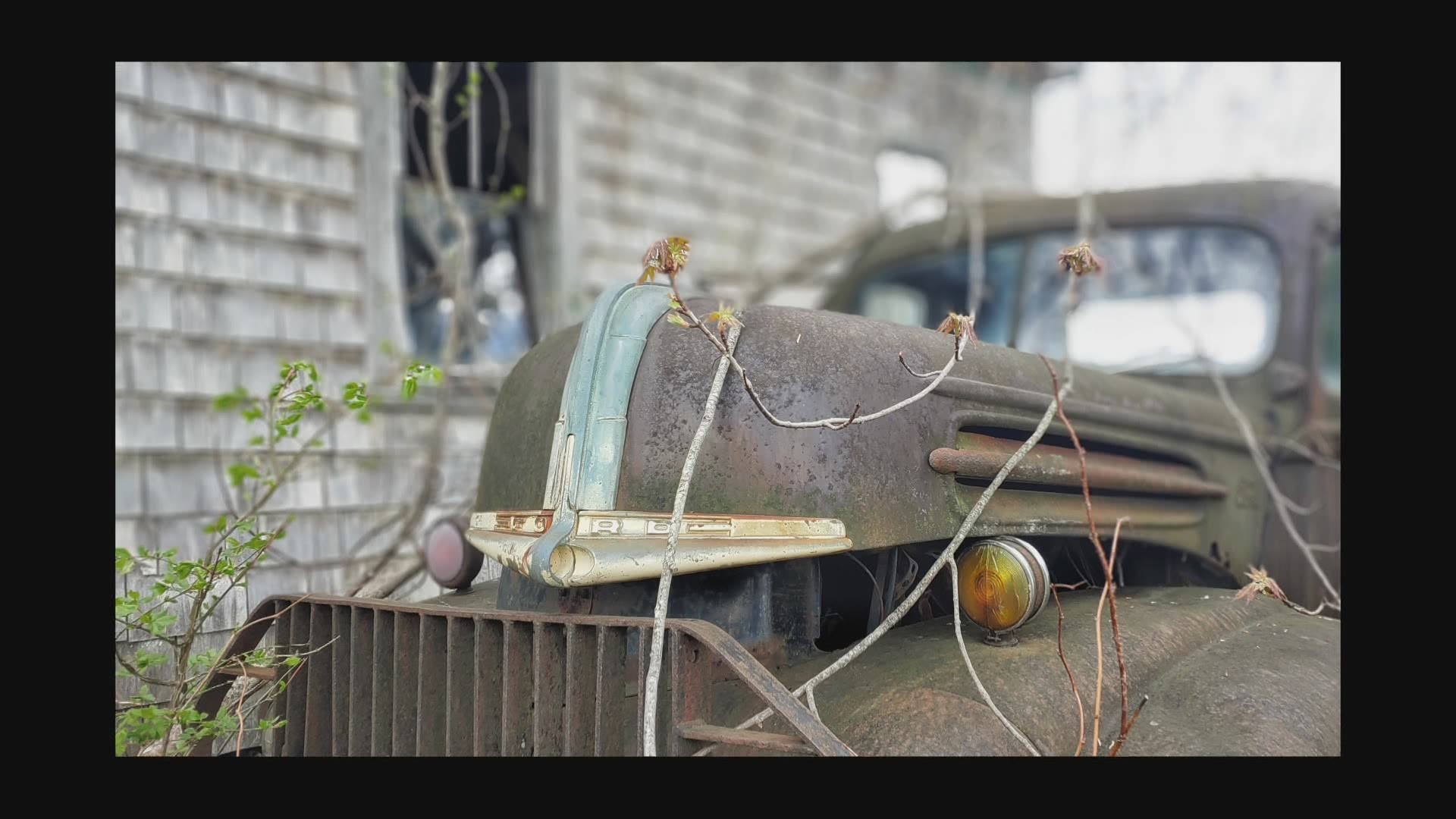 BIDDEFORD, Maine — In an overgrown field that was once part of a working farm, a 1970 Oldsmobile 88, rusted and ramshackle after not having been driven for a decade or two or three, is ever so slowly sinking into the earth. To Jerry Copan of Portland, who’s been photographing the vehicle for years, it is a thing of beauty.

“I love this car,” he told me. “The original owner—I had the pleasure of meeting her—she learned how to drive in it.” Getting to know the people who have a bond with a subject like this one is unusual. “It’s rare that I find the stories that go with what I’m taking photos of.”

In just the past fourteen months Copan has put 20,000 miles on his car, driving all over Maine and as far as Washington state, searching for abandoned cars and buildings to photograph. Capturing these objects before nature reclaims them is his passion. A sagging barn, a caved-in roof, a spiderwebbed windshield—they possess a character that comes only with time and neglect. He moves briskly around the property, peering into ruined buildings, bending down in the grass, or climbing up on a stump to get a better angle, often commenting to himself about the aesthetic appeal of what he’s shooting.

“Everybody asks me, how do you find these places? It’s all luck,” he says. “Just lose yourself on the backroads. Have an adventure of it.”

Actually, there’s more involved than mere luck. Copan has does research and networks with other connoisseurs of dilapidation. And he returns to his favorite places, as he did on this day in Biddeford, where a house, a couple of sheds, and a few cars all showed the unmistakable signs of years of abandonment. There’s no mistaking his enthusiasm—or his commitment.

“I’ve been arrested twice,” he cheerfully notes of his forays onto other people’s property to photograph buildings. “Once while exploring in Mexico and another time out on Long Island, New York. And I just told the judge when I had to appear for court, ‘Trespassing for art.’

The penalty the judge handed down was inconsequential. “Just a little slap on the wrist—‘Don’t do that again,’ “ Copan recalls. “And of course the very next day I was doing it again.”