If you want to know how to build a house the Shelter Institute can help.

From timber framing to framing tools, you will learn the basics of building. 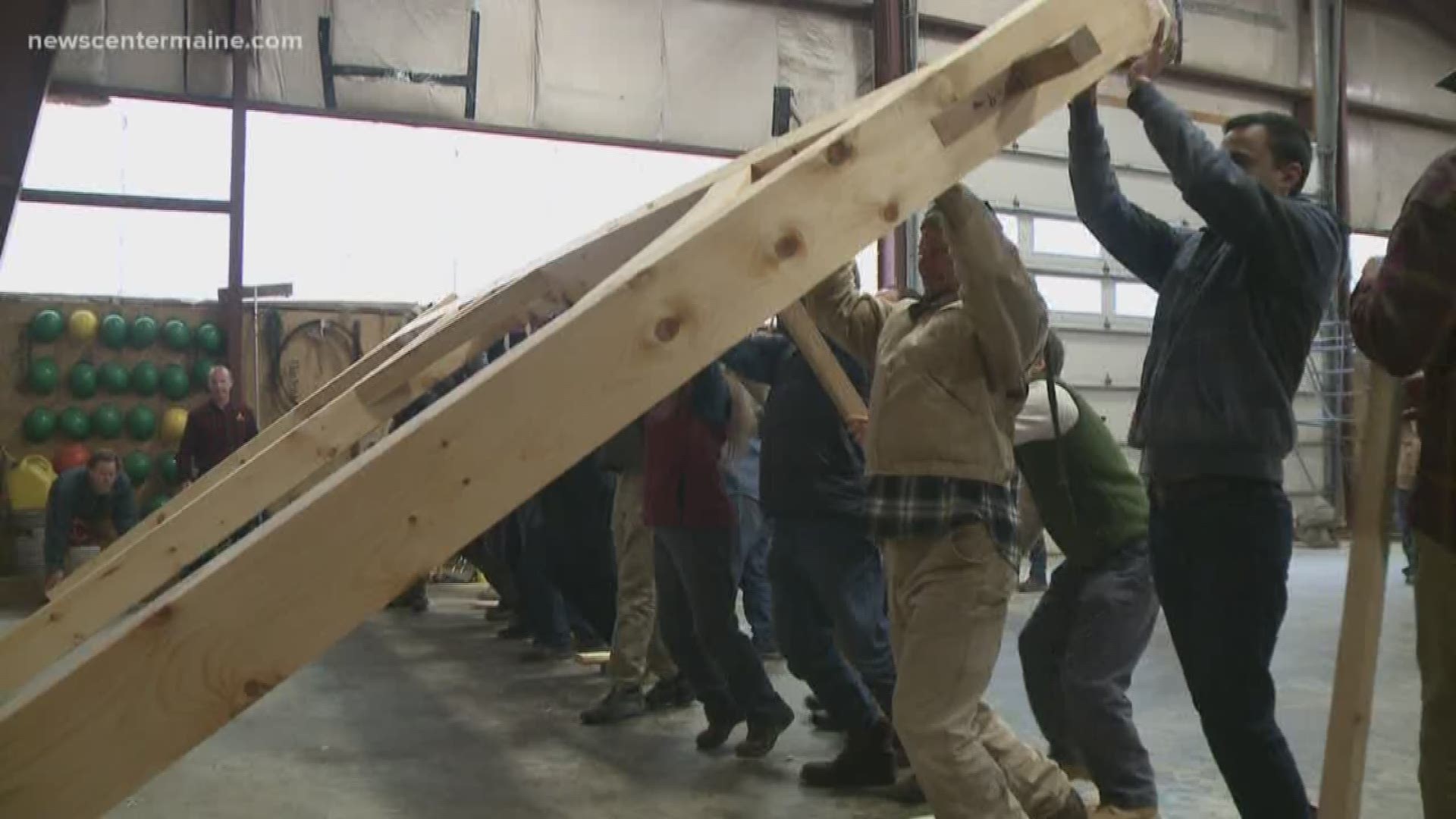 PORTLAND, Maine — In the early 70’s, and Pat Hennin, together with his wife Patsy, set out to lay the foundation for a school that would help people learn how to build their dreams. Decades later, the romantic notion of raising timbers for a structure that you could live in has resonated with thousands of students from across the globe who come here - to Woolwich -- to immerse themselves in the art and craft of working with wood.

“My father was an immigrant from France, and my mom was this incredibly vivacious person who really believed passionately that everyone was more competent and capable than they gave themselves credit for,” says Blueberry Beeton, describing her parents.

That belief underpins all of the classes offered at the Shelter Institute. In this class…over the course of the week, students plan the structure, sharpen their tools, and study the layout of each joint that combines to make the structure sound. And then, at week’s end, the structure is raised – each part that has been cut by hand is carefully and meticulously joined together. Walls are raised with each student getting to guide the wood they’ve cut. To the untrained eye, it looks like enormous puzzle pieces seamlessly dropping in to place.

RELATED: Sharing what he learned on his way to sobriety

RELATED: Great grandma knew how to make a cake!

Bruce Meltzer came with a kernel of an idea of what he envisioned building. “I think it’s given it a stronger foundation, a sense of reality to what’s involved and how much work is involved but I’m really fired up to build something. I’ve built smaller things…This is like cabinet making on a grand scale. So the tools have also ramped up to a grander scale – but learning to use them and the sophistication with which the instruction helps guide us has really been great.”

Gaius Hennin, Pat and Patsy’s son grew up in this business. “I was five when my parents started so I’ve really been a part of it my entire life.” He studied engineering, with an eye towards working with steel and concrete, but found himself drawn back to working with the unpredictability and the character of wood and drawn back home. With each week-long class, he witnesses students peel away the concerns of the outside world and soften in to the task at hand. “It’s usually on the third day when people have sharpened their chisels, and they’re really starting to delve in to the wood, and there’s this chorus of mallet hitting chisel and that – I think just helps people just completely let go of everything else.”

Each one of these structures is in some small way a tribute to a couple who hoped more than anything to instill confidence and determination in those who came to learn - and out of wood – make beautiful, practical, one of a kind structures. Blueberry and Gaius are the apples that have not fallen far from the tree. Pat Hennin is still on hand teaching classes and working with students. Patsy passed away in 2006 having instilled in her family - and the global family of Shelter Institute students - that if you can dream it, you absolutely can build it. If you would like to learn more about The Shelter Institute, you can visit their website at https://www.shelterinstitute.com/.