There's an ever growing group in Maine spending their spare time crafting clothing for people they will likely never meet; with a goal of keeping young girls safe from sex trafficking. 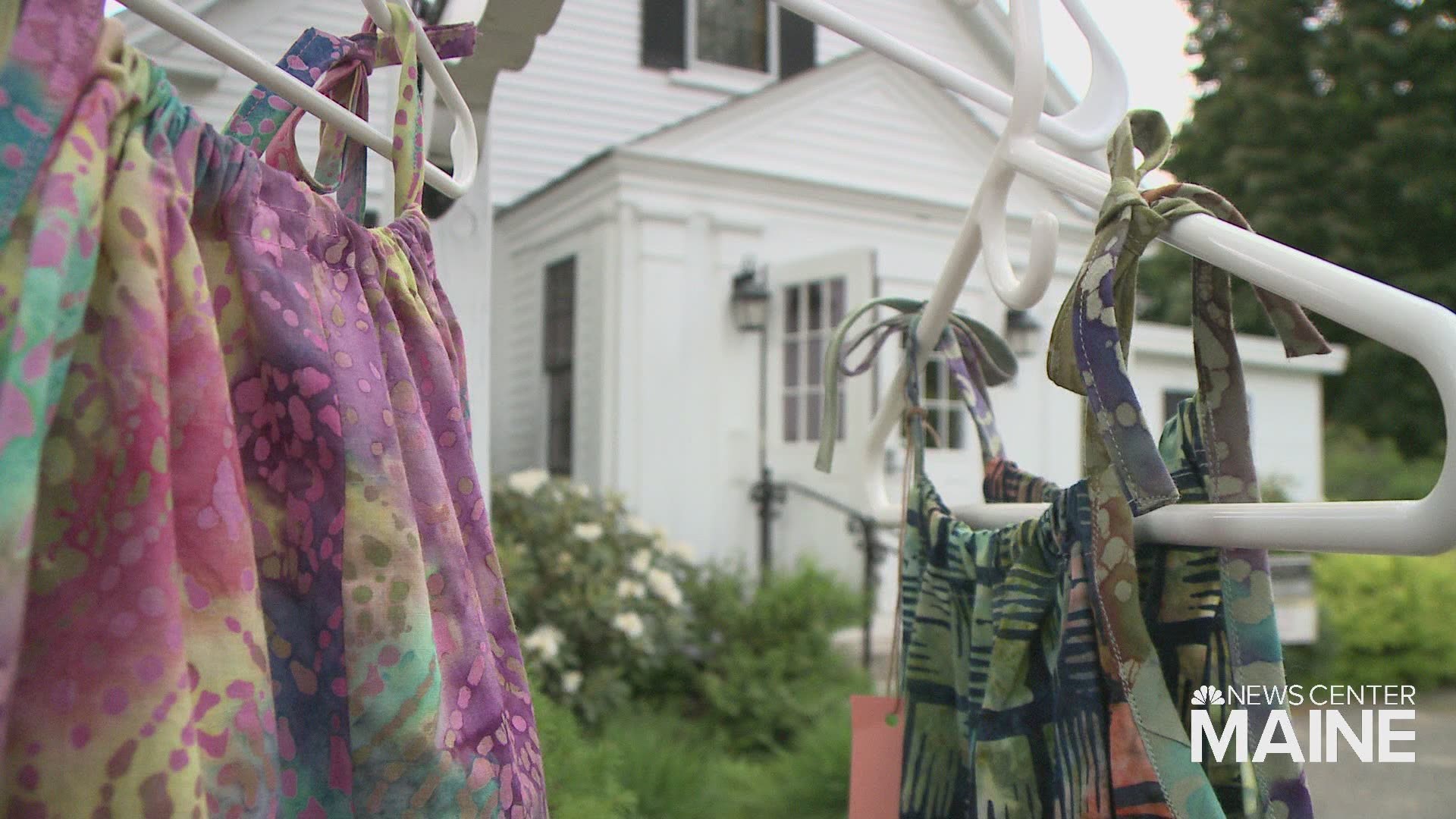 YORK (NEWS CENTER Maine) -- The women who sew for the Southern Maine chapter of Dress A Girl come from different backgrounds, and range in age, but the pattern they're working from is the same.

"We just finished with the Girl Scouts of the Green and White Mountains," said ambassador, Jackie Dewey. "They sewed 1,000 dresses for us. They learned how to sew."

Dress A Girl Around The World is an organization that elicits the help of volunteers from all over the world to sew dresses that are then distributed to young girls in very poor countries; countries in which girls are susceptible to kidnappings and a life of sexual or domestic slavery.

"They have one of these dresses on that show someone is taking care of them, it makes them safer." Each dress comes with a label, which Dewey says shows the girl, "belongs to someone, whether it’s an orphanage or something; it means hands off."

A simple label and a simple dress made from a free pattern on Dress A Girl's website. For members of the First Parish Church in York, like Judy and Don Schriefer, helping out can be as simple as bringing an extra bag when they vacation in the Dominican Republic.

"In the 50 pound suitcase which is the limit, you can fit 85 dresses," Judy laughs. The Schriefers set up a time to meet with a church in the area, which then distributed the dresses.

"They were so excited, they were swapping dresses," said Don. "It was amazing, girls are girls no matter where."

These volunteers are using their own sewing machines, and often buying their own fabric just to help someone they've never met, and likely never will.

"I have really been awakened to the conditions around the world and I can see that life is so completely different than what we have here in York, Maine and then I can make a difference," said Dewey.