How “Almost, Maine” became one of the most produced plays in the world

Its author has no idea why it took off. “I’m just glad they enjoy it.” 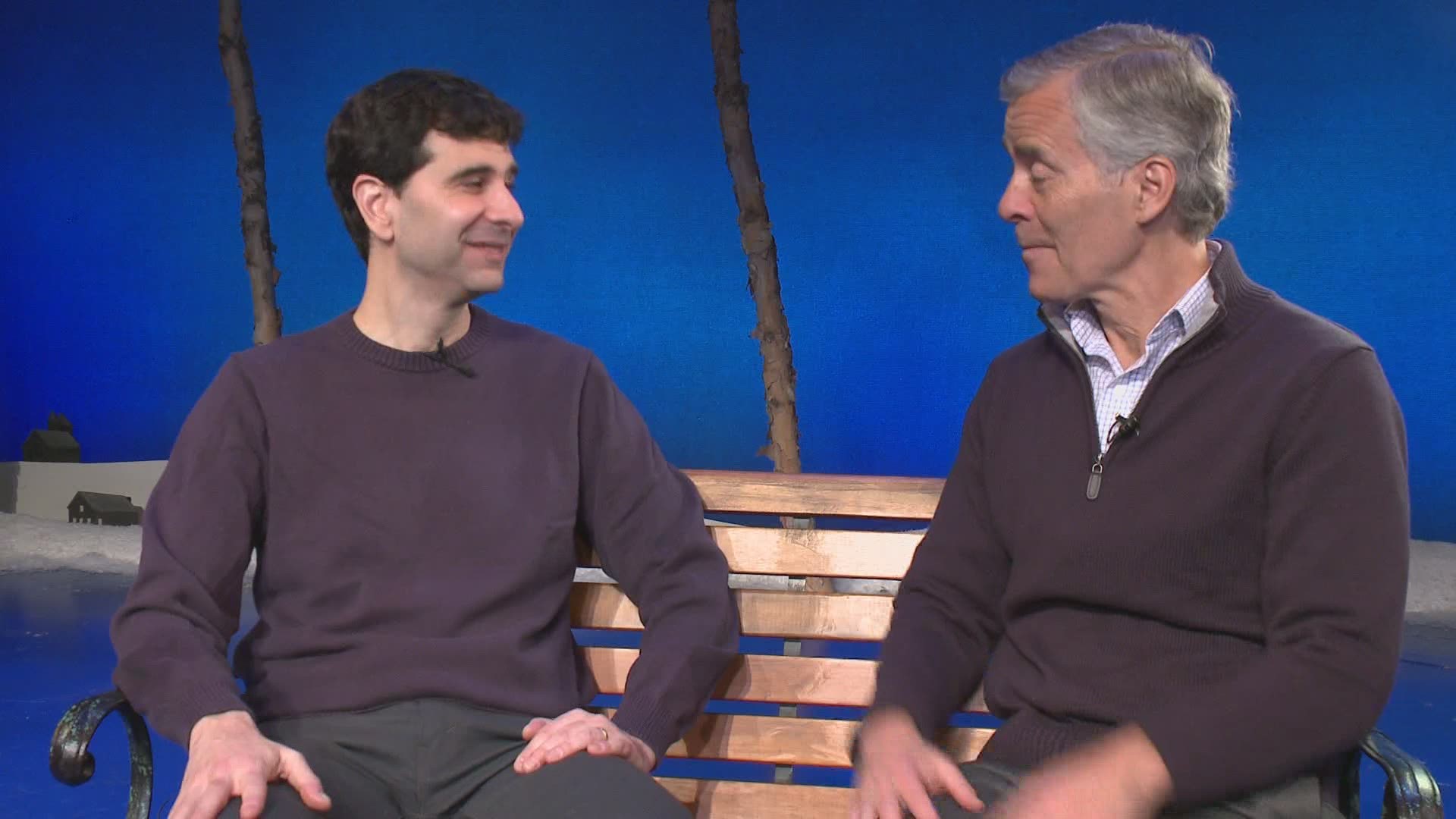 PORTLAND, Maine — Update: Tony-nominated playwright and actor John Cariani, who is a Maine native, will take part in a live reading of his play Almost Maine.  The reading is taking place virtually this Saturday, November 21st.  You can register to attend by clicking here.

The first time we did a story on John Cariani for 207 was in 2005 when he was playing the role of Motel the tailor in “Fiddler on the Roof” on Broadway. During a backstage tour of the Minskoff Theatre in Times Square we met some of his castmates, among them an actor named Robert Petkoff.

“You know, it’s tough,” Petkoff sighed. “You gotta carry him a lot. He’s lazy. And pretty much I’ve come up with all the things you see on stage for Motel the tailor.”

Petkoff is not a household name as an actor. But let the record show that he is a master, an absolute master of deadpan humor. And he was not finished telling me about what he’d done for Cariani. “When we started this show, he was sort of just still and really wasn’t doing anything with the character. I said, ‘John, maybe you want to turn your head a little bit, make a quick gesture here and there.’ ” A pause. “And he gets the Tony nomination.”

In January Cariani returned to Maine—he grew up in Presque Isle—to act in Portland Stage Company’s production of “Almost, Maine,” the romantic comedy he wrote about everyday people in Aroostook County dealing with joys and sorrows, love and loss. The play, which premiered at Portland Stage in 2004, has turned into a theatrical phenomenon, now approaching five thousand productions around the world.

Success on that scale is almost unimaginable for a straightforward play with no big stars that ran for just two months when it debuted Off-Broadway. Not only is it now the most frequently produced play in U.S. high schools, it’s also especially popular in places as different as Scandinavia and South America. Cariani, probably wisely, doesn’t really try to analyze the appeal. “I have no idea,” he says. “I can’t speak for those people. I’m just glad they enjoy it.”

Now Cariani has adapted the play into a book, a series of fictional tales aimed at young adults, and he’ll be talking about it Wednesday, May 6, in an online interview presented by Print: A Bookstore in Portland. (More details in the link above.) First, watch our interview about the play that became a global success, and see why no one was more surprised by its popularity than the man who wrote it.

RELATED: The show must go on! Coronavirus can't cancel a High School musical