Hitting the road to save the earth: Mainers take year-long trek across America creating climate docuseries

Dave Santillo and three others are touring the U.S. for a year, creating a docuseries about the environment. Their mission is called TerraTrek. 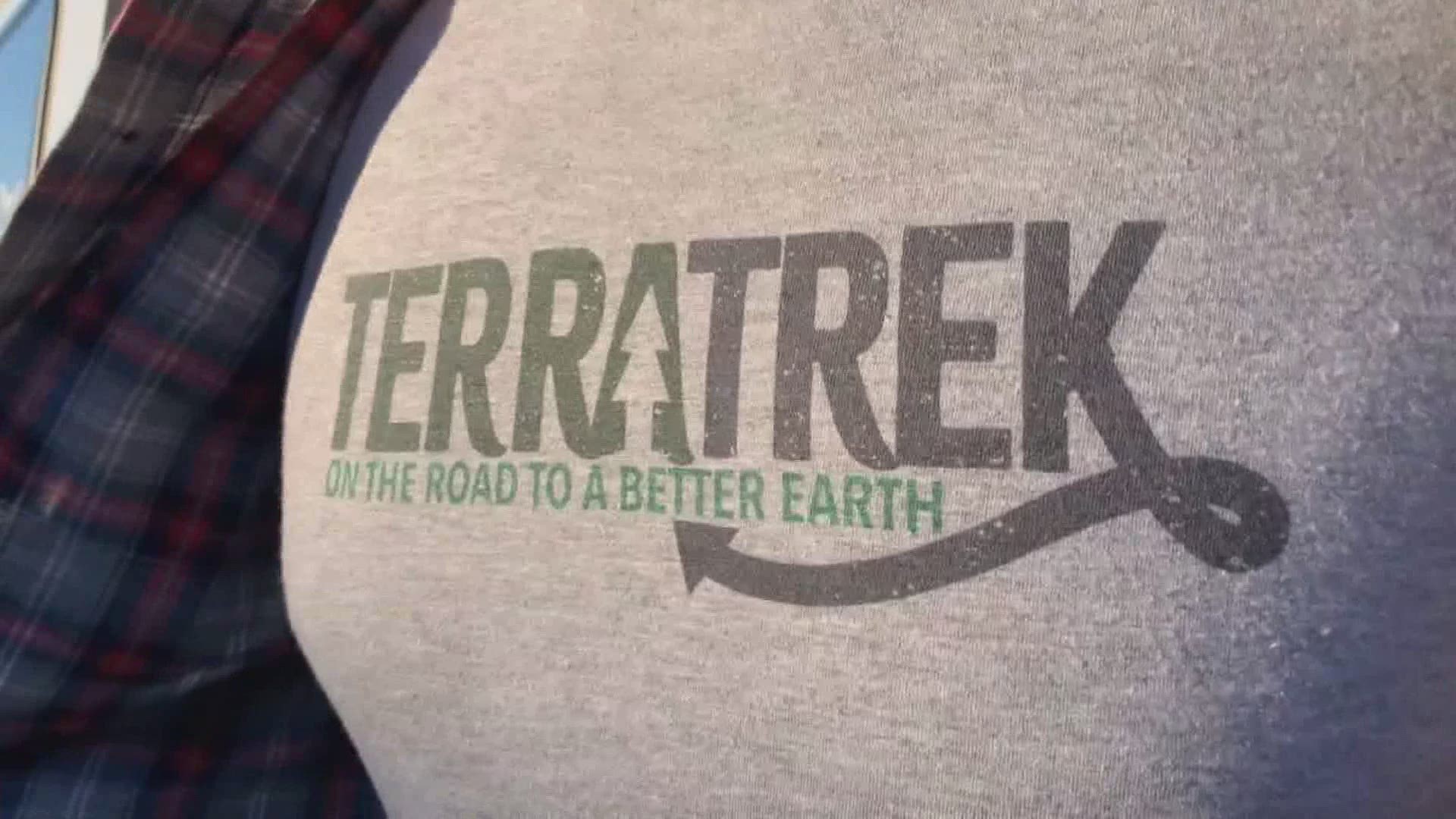 PORTLAND, Maine — "We're using over one and a half earth's worth of resources every year. We're so far ahead of the curve of what we're using that it's ridiculous." Dave Santillo feels the challenges facing our environment require action and he's ready to take it.

On Saturday, October 3, Santillo and three others left Maine on a year-long trek around the United States and their` mission is simple, save the planet. Simply but arduous. Their program is called TerraTrek, 'on the road for a better earth.'

Their plan is to tour the country highlighting specific climate challenges in different locations through adventures and then releasing a mini-documentary about their findings.

Angie Dubois, a recent graduate of USM, will be behind the camera for the trip. Santillo's nephew, Mike Santillo, will be creating original music for the documentaries, and Emma Whalen, another recent graduate, will be helping with planning and marketing.

Santillo, who is an environmental consultant, will be living in his sleeper van for the next year. The other three are also living out of their cars, camping, and staying with friends wherever possible. Santillo says it's important that they try to keep their carbon footprint as neutral as possible and so they are planting trees along the way.

The group's first documentary started close to home, in Casco Bay. They went kayaking with a professor and students from the University of New England and through the process discussed the challenges facing Maine waters, specifically acidification and rising water temperatures. Next, the group headed to Maryland, mountain biking with a bee specialist to find and study bee populations. After that, they'll float the Anacostia River which has a serious plastics problem. They hope to eventually get to the wildfires out west and to the Gulf of Mexico.

Santillo understands how hard it will be to travel through the pandemic but he says the time is now.

"There's a lot of important issues in this country social justice and who gets to be on the Supreme Court but to us, all those things take a back seat if in a couple of years we’re all climate refugees."

Santillo firmly believes that people already love the outdoors, and they already value the environment but they just need 'to realize it.'

"I think a lot of people my age younger people should be worried and I don't think enough people are," says Dubois.

So far, TerraTrek has an advisory board but not many followers and no supporters. Santillo is funding the project himself. The group isn't getting paid but Santillo is covering their living expenses. The grassroots crew is hoping their documentaries and education outreach will change that.

"When I set my mind to something I find a way to do it," Santillo explains.

TerraTrek plans to make educational pit stops along the way letting the public know about their mission. The pandemic might minimize the people they can reach but it won't stop the miles they will cover. Santillo says it's all about finding common ground with people from all different walks of life. They are even willing to let others join in on the journey and help them make TerraTrek a movement.

"I do believe that we can change. It's a big change that we're going to have to make. It won't be comfortable...The fact that we're doing this journey is evidence that we believe that there's hope," Santillo says.

RELATED: Every morning for five years surfers clean-up the Maine beach they love