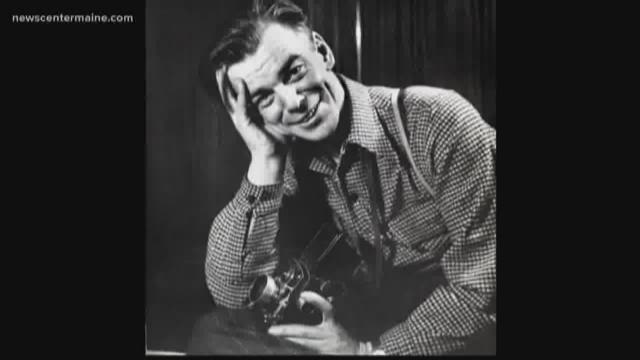 PORTLAND, Maine — Chances are pretty good you’ve never heard of Kosti Ruohomaa, even though Andrew Wyeth called him the best photographer in Maine. Born in Massachusetts, Kosti (his last name is pronounced ROO uh HO muh) moved to Rockland at the age of 11 and grew up on his family’s farm on a hill overlooking Penobscot Bay. In the 1940s and ‘50s, he worked for the most popular photo magazines in the country, including “Life” and “National Geographic.”

The assignments took him around the world, but Kosti always came back to Maine, and he loved shooting the state as it really was, not as it appeared in airbrushed postcards and calendars. “His work has an honesty about it that people can relate to,” says Deanna Bonner-Ganter, who wrote a biography of him. “It’s never pretty. It has feeling.”

Kosti died in 1961, and for years his reputation has slowly faded. A comeback, though, may be in the making, thanks to the Penobscot Marine Museum in Searsport, which recently acquired from the Black Star agency a collection of Kosti’s works. It is formidable: eight boxes of envelopes representing all of his assignments, scores of prints, and a staggering ten to twenty thousand negatives. Archivists are now organizing the images. When that work is finished, the museum will digitize the photos and make them accessible to the public. A few generations who have never even heard of Kosti will be able to see the work of a master.

They are in for a treat. The photos show a Maine at once vanished and familiar, a place of fog and light, of people struggling to carve out living from the land and sea. Howard Chapnick, the head of the Black Star agency—which donated the collection to the Museum—had a keen appreciation for what Kosti achieved. “The word [‘artist’] is thrown around with gay abandon in photography: ‘This picture looks like a Rembrandt. This one looks like a Renoir.’ Kosti’s photographs do not have to be compared to the work of painters. A Ruohomaa picture looks like a Ruohomaa picture!”

RELATED: "The Stranger In The Woods" - Michael Finkel