Fritz the newfie had a difficult life before he met the Leightons in Wiscasset, then everything changed. 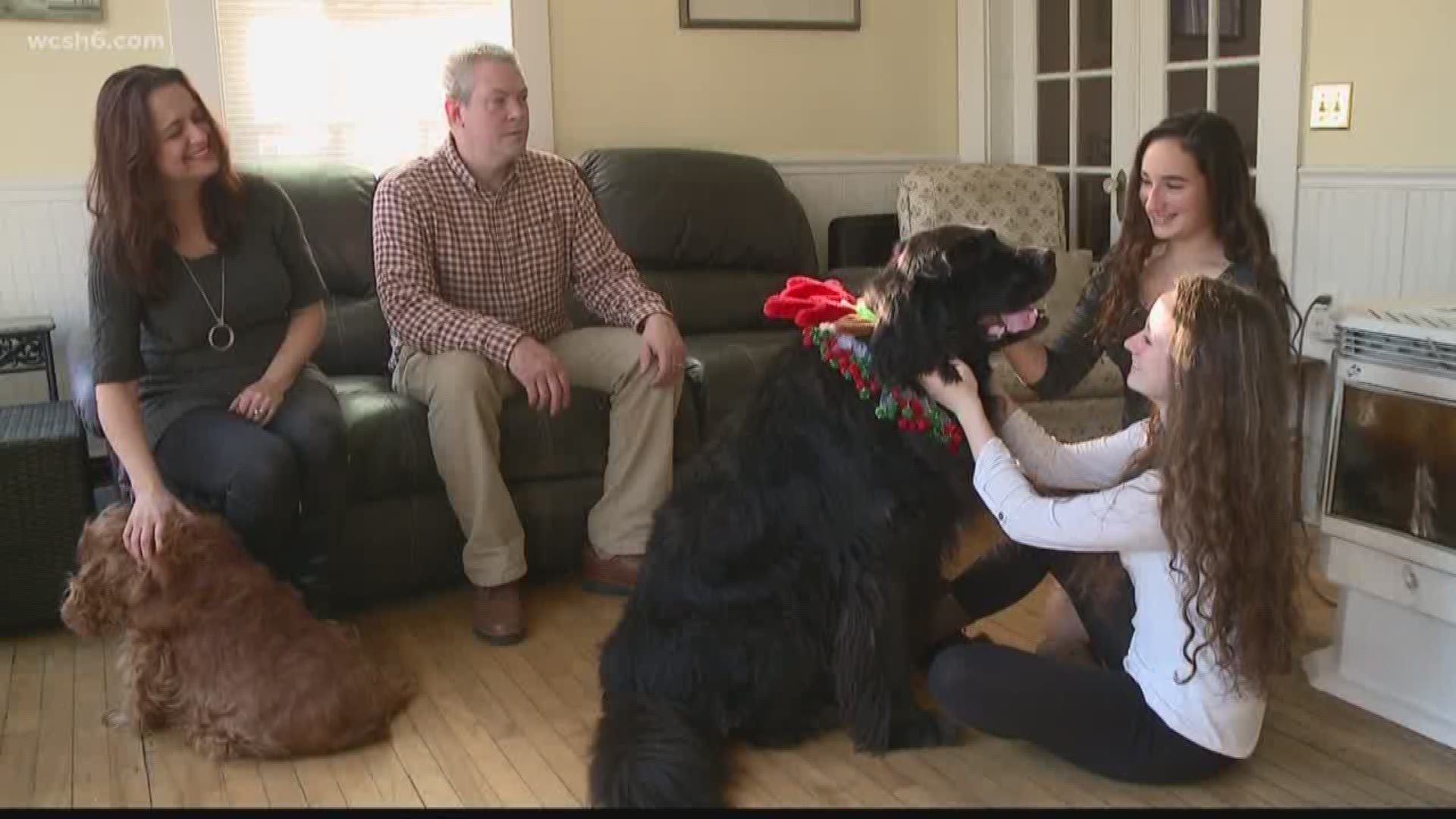 However, a friend suggested they may be able to save a dog who needed a new home.

"They sent me a picture of Fritz and what got me was his eyes," Said Leighton. "He looked lost and very empty. The eyes were very haunting to me."

So, she packed up her family and drove for miles to see him. Immediately, she knew she wasn't leaving without him.

"We have a fairly compact car, so my teenagers in the back we all crammed in and we stopped at a pet store that was getting ready to close," recalls Leighton. "The first thing we wanted to do was get rid of that horrible collar, so we brought them in and the collar and leash went into the trash. Unfortunately under the lights we could see what horrible shape he really was in."

His nails were so long they were curled into the pads of his paws; his hair so matted, it was pulling out. He was groomed, but that was just the beginning of Fritz's transformation.

"First couple of nights we didn't get any sleep. He seemed as though he had been in a home environment before and he was very wary. We all took turns laying on the floor with him and sleeping with him because he couldn't settle. He had a lot of triggers with her disappear as mentally at times and would zero in on our other dogs," said Leighton.

For months, Leighton and her husband weren't sure Fritz would ever settle in, but they weren't ready to give up. Finally, Fritz started changing.

"Last year they were looking for volunteers at the Wiscasset Marketplace with the holiday festival, so I wrote to the coordinator and asked if she could use a dog who is just a big slobbering mountain of dog because he loves children particularly, and they suggested the library."

Finally, Fritz had found his place.

"It was great to see children who were a little more shy or laid-back would take to him," said Leighton about the 2016 festival.

"We noticed as time went on with him his eyes have changed, he's more relaxed, he's happy. He was just looking around at all of these kids as if to say, "This is all for me.'"

Fritz was such a hit last year, he'll be back for photo ops with the children this year.

"Second chances are always a wonderful thing. People have come forward to us and said you guys are amazing you didn't give up on him," said Leighton. "But I have always felt like it was the other way around. Fritz has never given up on humanity even though he had been treated so poorly, he's really the hero of the story."

The Wiscasset Holiday Marketfest starts December 7th and runs through the weekend. Fritz will be at the library on Saturday morning, where children can shop affordably for their family members and get their photo taken with the reindeer dog. The tree lighting will be held later that night.