Nyamuon Nguany Machar immigrated to Maine when she was just 5. Now she is developing programming for the asylum seekers expected to move into the former monastery. 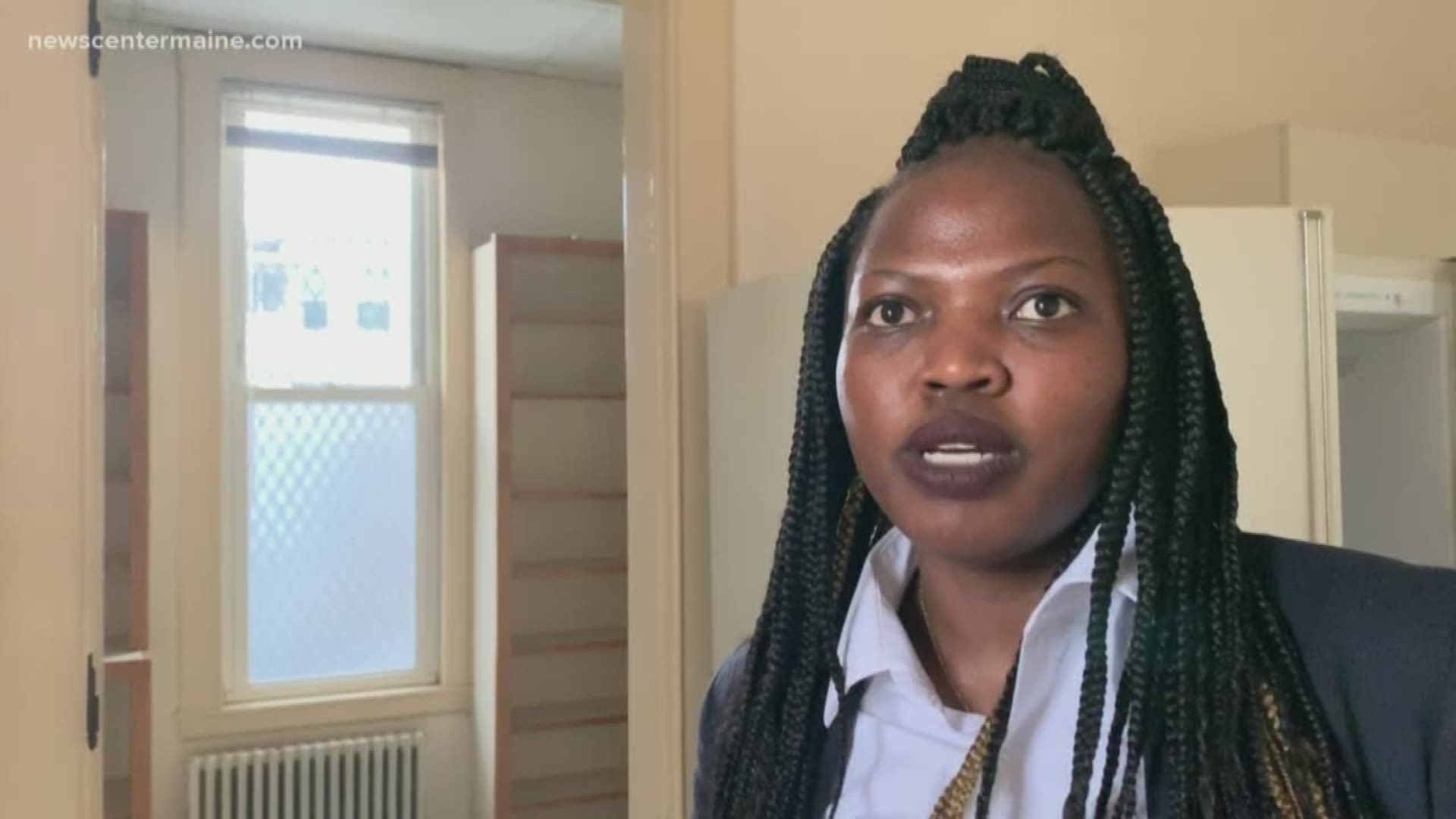 After sitting vacant for two years, the historic monastery on State Street in Portland that was once home to the Sisters Adorers of the Precious Blood for over 80 years, is now getting new life breathed into it.

Skillings says he believes in investing in low-income housing and is trying something new. He has teamed up with an immigrant herself, Nyamuon Nguany Machar, who came to Maine when she was just five-years-old. Machar whose mother is from Ethiopia and father is from South Sudan, will be the cultural liaison for the project.

Machar refers to herself as an "African-Mainer." She says she's not comfortable being called an African American since she moved here when she was five-years-old. She coined the term "African-Mainer," which she finds is a more appropriate description of herself.

The pair hope to turn the three-story former convent into a 40-room transitional living space for immigrants, refugees and asylum seekers. Machar says the space will mainly be for individuals and some couples as she gives me a tour of the monastery.

City officials say since April 2019, more than 700 asylum seekers and refugees moved into Portland. Housing was in such short supply the Portland Expo was used as a makeshift refugee center for several months in 2019.

Skillings and Machar hope to open the house by mid-March as they expect more asylum seekers will flock to Portland. Currently, Skillings is waiting on building permits from the city so the home can be brought up to code and large rooms, including the former chapel, can be converted into bedrooms.

But the goal is not just to house asylum seekers, Machar says they want to give immigrants and refugees a leg up in the six months to a year while they live at the transitional home.

"We do not want this to be idle time," Machar says.

Although asylum seekers have to wait usually six months before they are permitted to work, Machar says they will have plenty to keep them busy as they acclimate to their new home.

"We want to accomplish getting them work permits, giving them education about different structures in the community where they can apply for housing, how the interview process works," Machar explains.

Refugees, immigrants and asylum seekers do not qualify for government housing vouchers so their rent will likely be paid from the general assistance fund.

Machar says she remembers coming to Maine when she was just a child and saw her parents struggle to integrate. As for turning the former monastery into housing for asylum seekers, Machar says it is a natural transition for space.

"I think the spirits of the nuns will be very happy," says Machar.