Among the challenges of life in the wilderness: 191 bug bites in a day 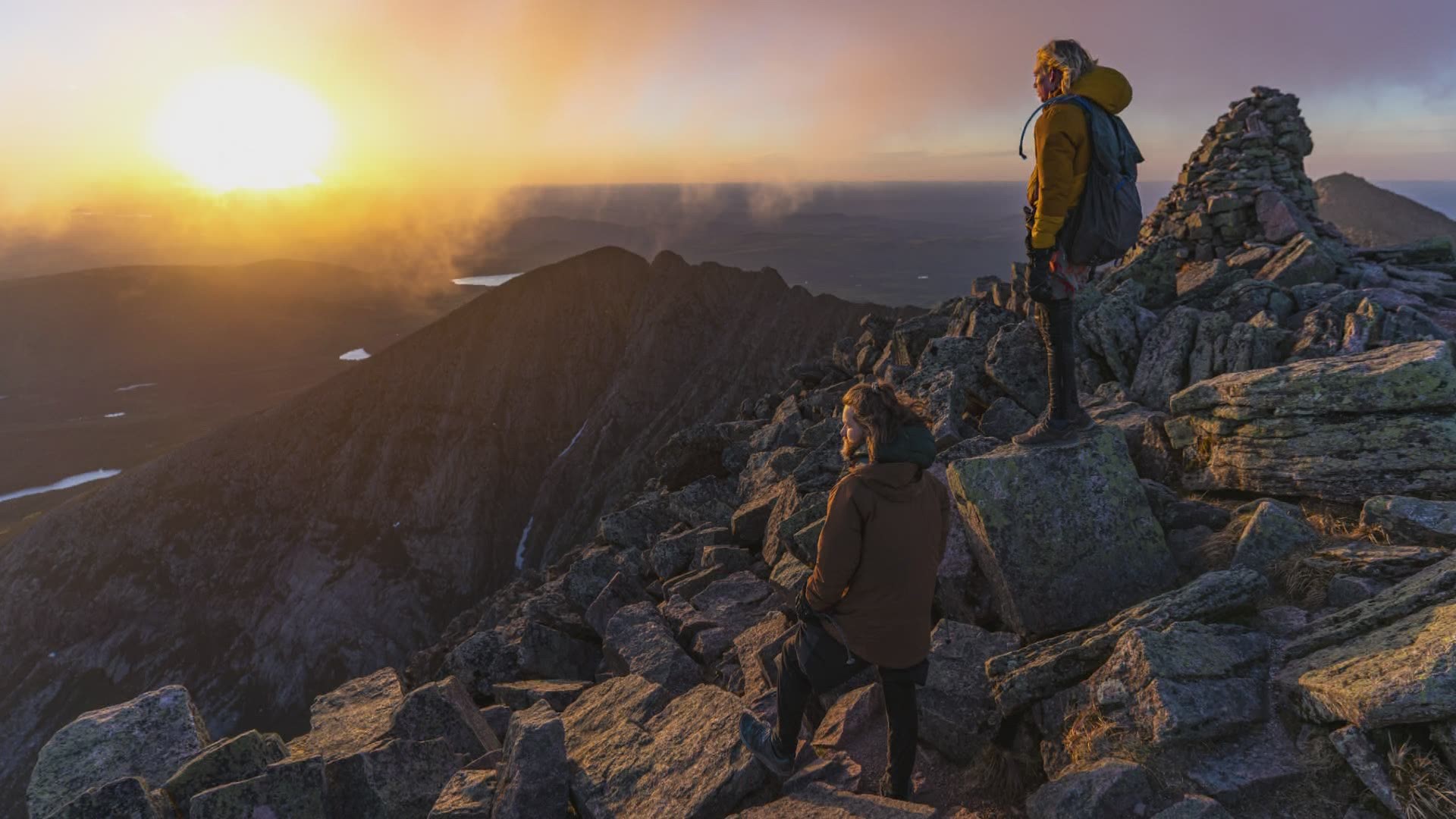 PORTLAND, Maine — When Sammy Potter, a college student from Yarmouth, woke up at 12:30 a.m. on May 29, a thought immediately occurred to him. He was camping at the base of Katahdin, Maine’s tallest peak, with no noise, no distractions. “I laid in my sleeping bag for fifteen minutes, staring at the moon, thinking to myself, ‘What am I doing? I’m in such a comfy sleeping bag, why am I about to wake up?’ “

Actually, there was no mystery to what he was doing. It was the first day of 2021 in which the hiking trails would be open on Katahdin, and with minutes Potter and his friend and classmate, Jackson Parell, were “basically sprinting” up the mountain, determined to reach the summit to see the sunrise. They made it, touching the terminus sign of the Appalachian Trail together--just as they had touched the southern terminus sign when they started their adventure at Springer Mountain, Georgia, on January 1st--and became the first thru-hikers to complete the AT this year. The moment, according to Potter, was “emotionally overwhelming.”

Along the way the two experienced, literally and figuratively, the deepest valleys and the highest mountaintops. In the spring heavy snow in the Carolinas forced them off the AT. In New Hampshire’s Presidential Range they covered 26 miles and 10,000 feet of elevation change in a single day. In the Hundred Mile Wilderness of Maine, making their way toward Katahdin and carrying enough provisions to last for five days, they were attacked mercilessly by mosquitos and no-see-ums. “I counted one day I got 191 bug bites,” Potter said with a touch of pride. “In a single day!”

What do you listen to when you cross into Maine and are nearing the end of the Appalachian Trail? For Sammy Potter it was a playlist of Maine artist, featuring @spizzyspose pic.twitter.com/BNrxtqJa0k

The journey is not over. Potter and Parell are already back on the Pacific Crest Trail, part of which they hiked when the wintry weather drove them away from the AT. Their plan is to finish the PCT and the Continental Divide Trail no later than autumn, thus becoming the youngest hikers ever to complete what’s known as the Triple Crown of hiking in a calendar year. Nearly 4,000 miles await them in the mountains of the west.

“We’re going fast, we’re going at a pretty intense pace, and it’s very demanding,” Potter said. “But at the same time it [brings] a deep sense of inner peace.” We talked the day after Potter ascended Katahdin, and he was relaxing at his parents’ home in Yarmouth, relaxing being a relative term for someone who has hiked 4,000 miles in the last five months and would be back on the Pacific Crest Trail in a day or two. “I’m ready to get going again,” he said.

Note: Our thanks to photographer Chris Shain, who took the photos of Sammy and Jackson on Katahdin.