For Portland's Susan McMillan, an appearance on Jeopardy was a lifelong goal

"It was thrilling to be able to do it." 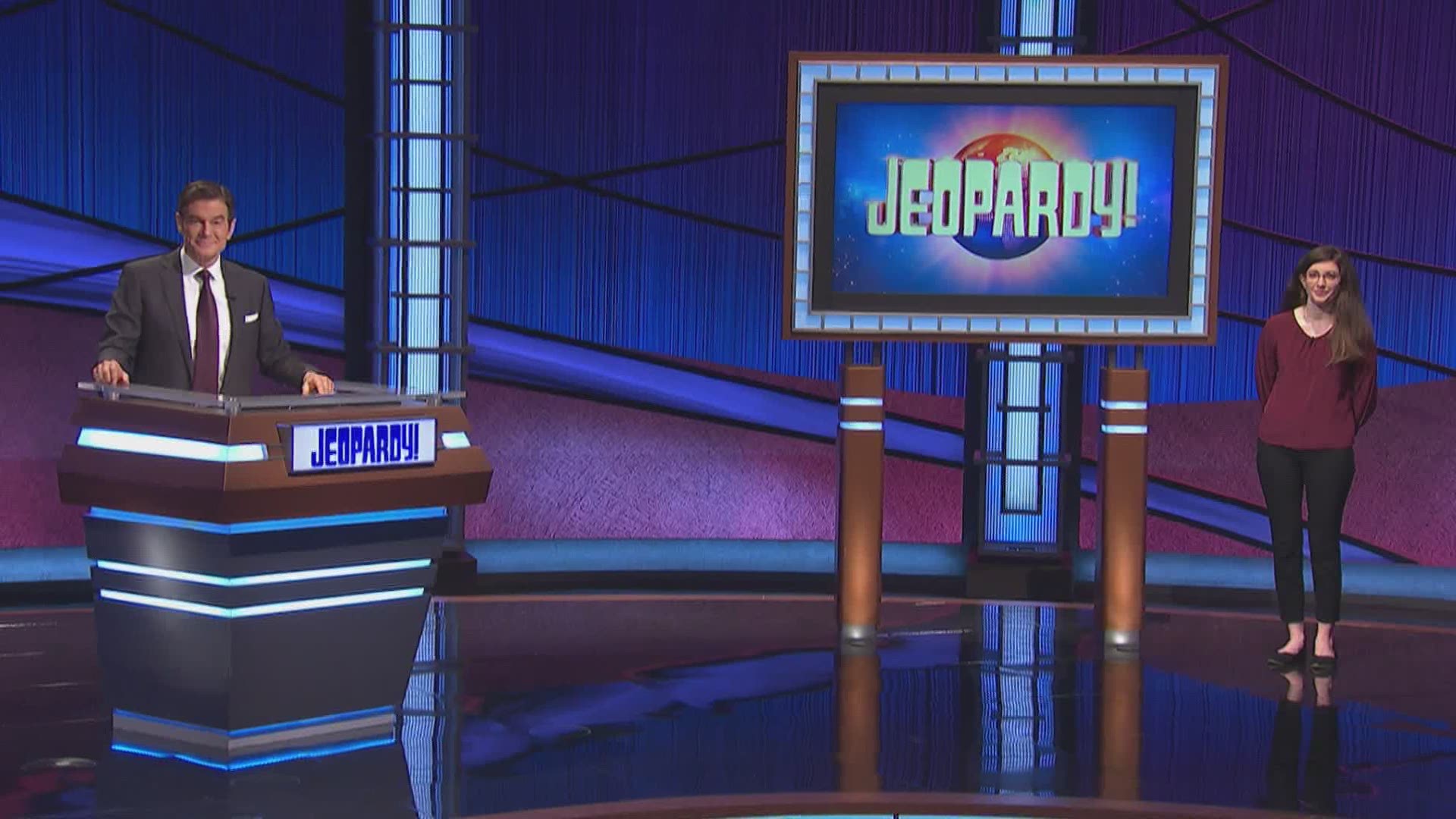 PORTLAND, Maine — We’ll take “Wildly popular Game Shows” for $400, and the answer is “This game show has been ranked as one greatest shows in American television history” – if you hit the buzzer and answered “What is Jeopardy?” – you’d have been correct.

Just about all of us have wondered how hard it might be to get on the show. In all, roughly 400 people go through a rigorous process to qualify to be contestants each year. On Friday night, Portland resident Susan McMillan will be one of them.

It had long been a dream of McMillan’s to be a contestant on Jeopardy. It is the granddaddy of all game shows, having been on the air, in one form or another, since 1964. As for being a contestant? It all begins with an online test, which McMillan took in the Spring of 2020.

"Many people take the test year after year and don’t get on the show because there are hundreds of thousands of people who take it so even if you pass the test, the pool of people who pass is so huge that’s there’s a really very tiny chance that you even get called upon to take the next step. So I was actually very lucky that that happened the first year I took the test."

Does one prepare to go on Jeopardy?

"I definitely studied. I made some online flash cards for categories that come up a lot like Shakespeare, bodies of water, I made sure that I studied world capitals, but there wasn’t really a lot of lead time," says Susan. She continues, "I started my professional life as a reporter and especially at smaller newspapers like the ones where I worked you could be assigned to cover just about any topic on any given day. So you have to be a quick study. You have to know a little bit about a lot of topics. And know how to learn more quickly."

She studied political science in college, has a good background in history, and reads the news all the time. She is an Army reservist, and a freelance Arabic translator. Turns out, she’s been preparing for Jeopardy for quite some time.

"My husband and I DVR it every night and then watch it the next day over lunch. And that actually is really great preparation too because you start to see patterns, in terms of like the categories and questions that come up – and you can think about what’s my wagering strategy going to be if I’m in a situation like this?"

The show let her know in early January that she’d be taping her episode on February first – in Los Angeles, on the Sony Pictures Lot.  Because of strict COVID protocols, there was no live audience, only the contestants waiting for their turn to tape.

"I was sitting in the audience for four episodes before they taped mine. They do five episodes in a day. Since I’m in the Friday episode that means it was the last one recorded that day.  I was so impressed with the things that people were getting  - I was like ‘Wow, I have no clue... I have no clue how they knew that.’ You get on there and you realize that most of the contestants know the answers to most of the questions."

It’s one thing to watch the show – countless times – on television. It’s another thing to be front and center – getting to see how the magic happens.

"I think it actually worked out really well for me – my nerves would have been much worse if I had gone on earlier in the day. I mean, watching those first couple of episodes – I was shaking, even though I was sitting in the audience instead of being up on the stage. And I think – by the time, I had been there for like ten hours – I had mellowed out some. You see all the things that you don’t have any idea about. Like, behind the lectern there’s this little riser that comes out of the floor that makes every contestant approximately the same height."

What does she think makes for a good contestant on Jeopardy?

"You definitely need to have a very broad base of knowledge because the categories that come up are so wide ranging. I always like to see people who are confident in what they know, and willing to bet big on the Daily Double and Final Jeopardy. And of course you have to be really responsive on the buzzer."

She cannot talk about how she did on the show, or what questions and categories she faced. The studio released photos of her guest host, Dr. Oz.

"I am disappointed that I was a few months too late to meet Alex because obviously he’s the reason the show has been so successful. But it was a thrill -  standing on that stage, seeing the clue board in front of you that I had seen on TV, for years – and meeting the other contestants and seeing just how incredible all of them are… it was a lot of fun."

Even though she is sworn to secrecy about the experience – she can tell us this: "All I can say is...I’ll be making my Jeopardy debut on Friday."

Jeopardy airs on ABC at 7:30. If she wins Friday, she will be the returning champ for Monday – so we shall see!