For a professional audiobook narrator, there’s a lot more to the job than just talking

“The reading is almost the easy part” 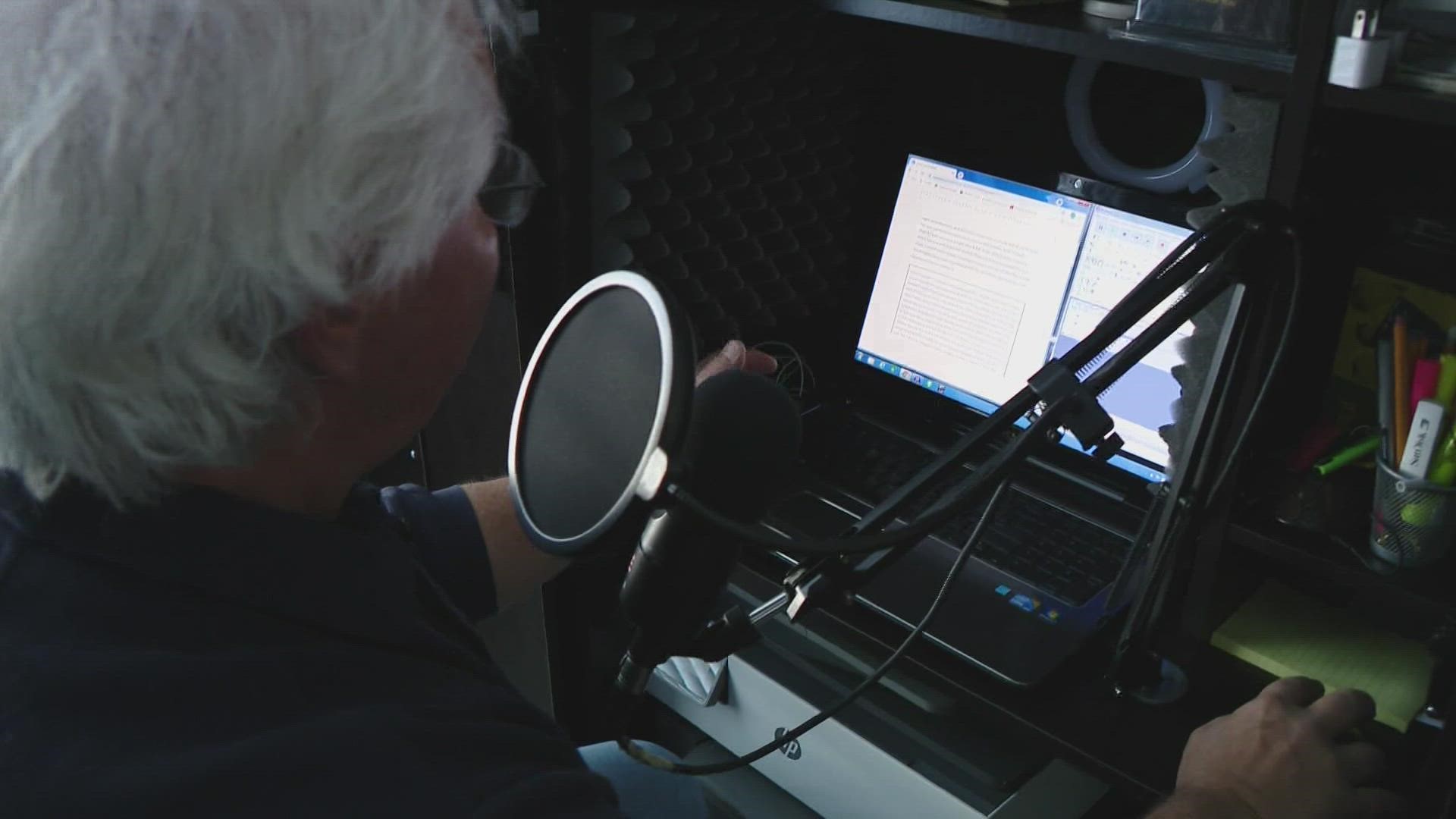 SCARBOROUGH, Maine — When Ed Romanoff was about nine years old, he visited the building in downtown Portland that housed Channel 13 and found himself in the studio where the station produced a live daily show for children called “Cap’n and the Kids.” He was thrilled.

“I walked into the studio on Congress Street and I saw all this stuff in the air and the TV cameras,” he recalls, his voice still reflecting the wonder of the day. “And I said, can I just move here? Can I live here? This is what I want to do.”

Well, he couldn’t live there, but for the past four decades, Romanoff has acted professionally in theatre and television with an occasional small film thrown in. Unlike most actors, though, he’s also worked extensively behind the scenes, handling lighting, sound, and other production elements.

A year and a half ago, he decided to try something new—narrating audiobooks. “The reading is almost the easy part because you get to tell the story,” he says. “The more difficult part is the actual engineering of it all. And I do all of it. I do the narration, and I do all of the recording, editing, sweetening, processing, finalizing, uploading, waiting, and go to the next book.”

The work suits him. “It’s a blast. I love it.” Since he started offering his services as a narrator—he gets jobs through auditions—he’s finished seven-book productions. One serious perk that comes with the job is one of the world’s shortest commutes. After breakfast, the trek from the kitchen to the recording studio that’s set up in a bedroom is about a ten-second walk. And yet, even though he could work in his pajamas and no one would know, Romanoff maintains a certain professionalism. “I make a point of getting dressed,” he says, “so it feels like I’m going to work in the morning.”