Rik O'Neal has spent the last eight years working on a documentary about the unsolved 1978 murder of Mary Tanner. 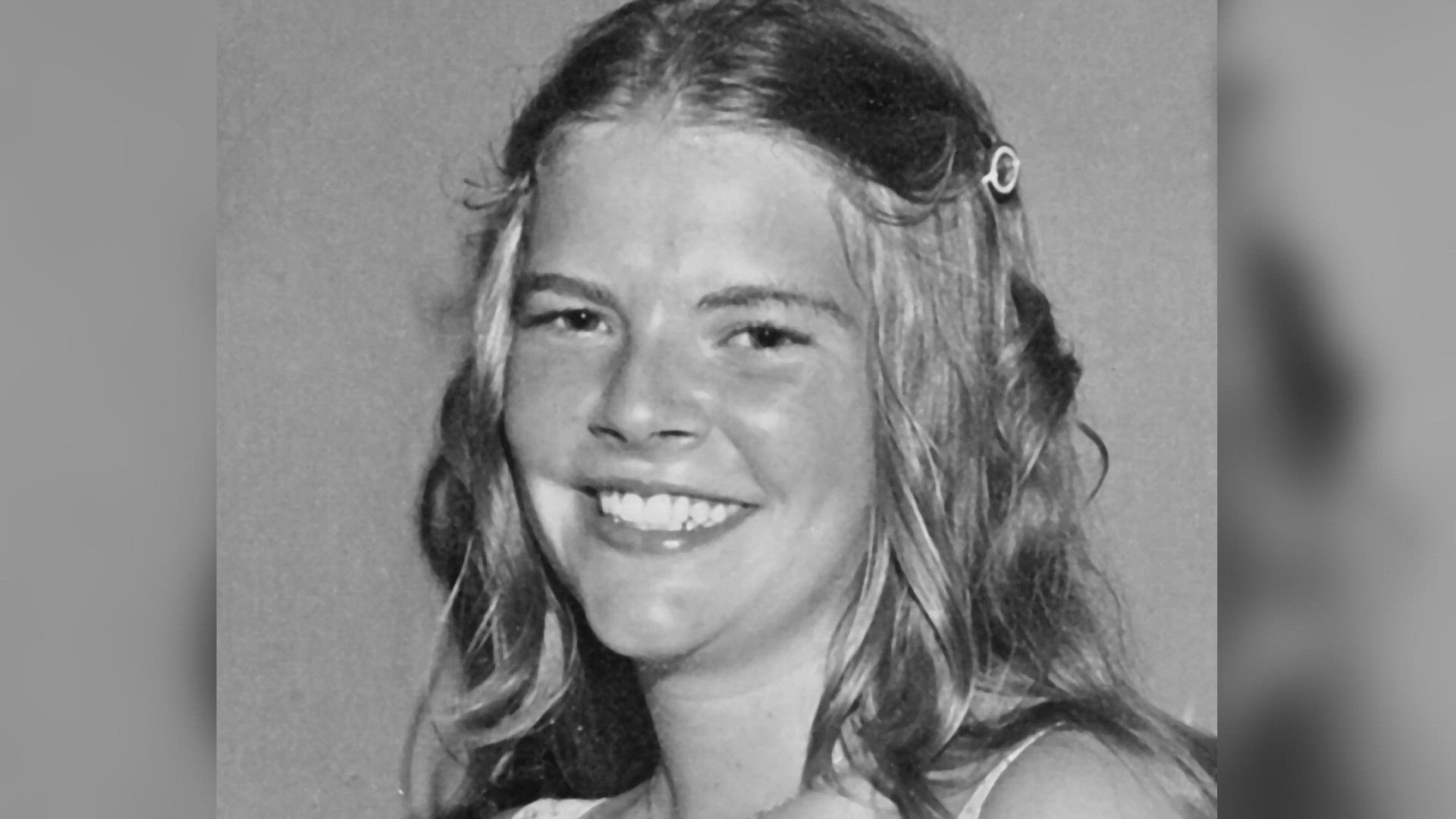 KENNEBUNK, Maine — Maine has over 120 cold cases involving unsolved homicides and missing persons dating back to the 1950s. Mary Tanner’s death is one of those cases.

O'Neal never met Tanner, but he speaks about her as though he knows her well, in part because he does. O'Neal has spent the last eight years working on a documentary about her short life and the impact that her unsolved murder has left in an otherwise safe Maine community.

Tanner grew up in a working-class family, the youngest of four children.

"Her mother worked at the diner, her dad at the shipyard in Portsmouth as a nuclear inspector, he was a mason. They were pillars of the community. And the family was beloved," O'Neal said.

According to O'Neal's research, Tanner was a fun-loving young girl who wore out the knees of her pants in the summer and ran barefoot around the house.

"She was just a rambunctious, joyous child," O'Neal.

O'Neal was first introduced to Tanner while on assignment, freelance writing for The Village. He covered a memorial service held in her honor in 2013 at a church in Kennebunk. Relatives and friends filled the pews. The pastor of Tanner's youth spoke movingly about her life, and O'Neal was hooked.

"I instantly became emotionally involved with Mary because something about her and the way people talked about her was so genuine," said O'Neal.

O'Neal knew after covering the memorial that Tanner's life needed to be explored in a documentary. He invited others to join him and began fundraising for his small film, eventually named after the last place she was seen alive, "The Girl on the Bridge."

In the summer of 1978, Tanner had just turned 18. She had recently learned that she was pregnant, and she was trying to enjoy the summer before her senior year of high school. O'Neal said a misconception that his documentary works against is that Tanner had many boyfriends. She only had one. Michael Higgins had moved to Kennebunk from Waltham, Mass. The two had been steady for a year.

"She liked to party. She wasn't a party girl that is a different species of girl. Mary was an average person in many ways,"  O'Neal said.

Tanner started the day on Friday, July 7, 1978, by attending the annual Miss Dumpy Parade in Kennebunkport. She passed some of the afternoon at a party on "the hill," a land area off Route 9 where, according to O'Neal, kids gathered to party because you could see police coming from any direction. From there she went to the beach with two friends.

"Mary was upset," O'Neal said. Her boyfriend's brother had just died in a car accident, and Tanner was anxious to get home. Her father was planning on driving her to Massachusetts for the funeral the next day. Tanner and the two friends walked up from Kennebunk Beach to Cooper's Corner in Lower Village Kennebunk, where they parted ways.

Tanner thumbed a ride to the middle of town. She was last seen on the Mousam River Bridge around midnight.

Two days later, a pilot spotted Tanner's naked body lying in the grass in Gracie Evans Field in Lyman, just over the town line from Kennebunk.

O'Neal said Tanner's murder shook the community. O'Neal has sifted through the memories of friends and relatives of Tanner. He said some of the memories are at odds, but in his documentary, he doesn't try to prove one is right and one is wrong.

Setbacks to O'Neal's health and the pandemic forced him to push back the film's release, but he is dedicated to finishing the story. The film is expected to be released next summer,

"I never wanted to find Mary’s killer. It wasn't our job. We are not equipped to do that," he said.

While the documentary does not find an answer over the years, O'Neal has drawn his own conclusions.

Lt. Scott Gosselin of Maine State Police’s Major Crimes Unit said they have not received any significant leads about Tanner's case in the last few years. He said documentaries and even podcasts of this kind can be helpful to police. They keep the public talking about a crime and can possibly generate new leads.

"My gut tells me that it is someone who lives there. I believe this person is still alive and I am hoping that maybe enough can be made of this film that the guy will say, 'Maybe it's time to own up,'" said Gosselin.

While O'Neal hopes for justice, what he really wants is to celebrate the life of Mary Tanner, a life cut short.

"I love her. Even in memory, she has this hold on people's hearts," said O'Neal.