Laurie Basinet built a fairy house in her yard this summer. It's creating quite a buzz and attracting new neighbors and friends. 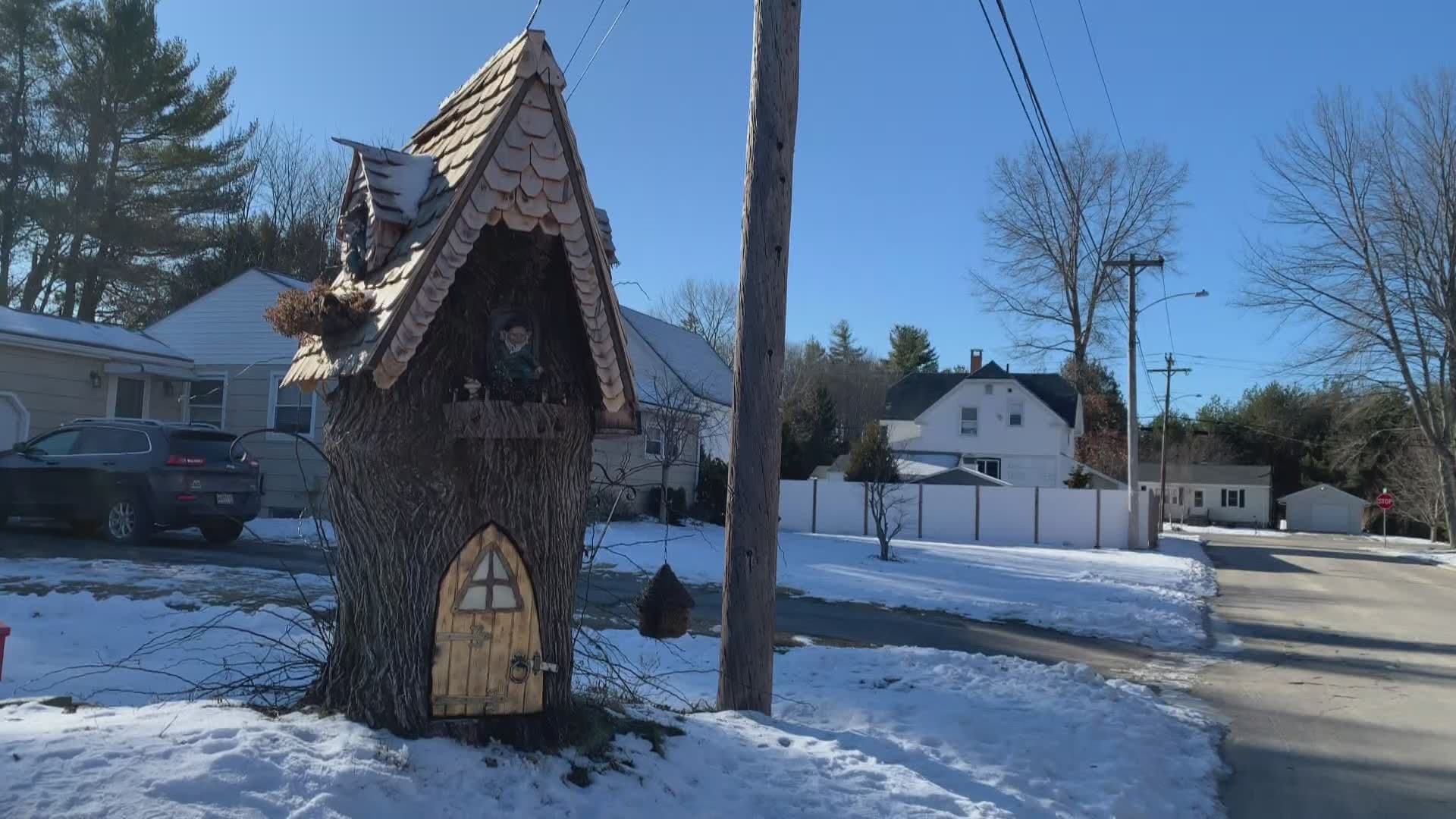 WESTBROOK, Maine — Four-year-old Asher McGowan has a favorite spot in his neighborhood.

"It's often the highlight of his day," says mom, Andrea. When people ask Asher,  'what are you going to do today?' He replies, "...go to the Fairy House."

No matter the weather, snow on the ground, or sun in the sky, Asher and his mom walk to the Fairy House on Woodland Road, to lift the latch, peek behind the sparkly door, and see what new pixies or gnomes lay waiting for him in the miniature world that was once a towering Maple tree. It's become a small daily ritual but one that is important to Asher and his family.

Many people are feeling a loss of community during the pandemic, but Asher, who is an only child, and his parents have been more isolated than most. Asher was born with a congenital heart and lung disease. The first four years of his life have been marred with hospital stays and doctor appointments. He is tethered to supplemental oxygen which he carries around in a little red back-pack, dependent to keep him healthy. A heavy burden for shoulders so young but one he has never not known. His mother isn't working so that she can be with him all the time and the family doesn't socialize with anyone other than their immediate small family.

Laurie Basinet had no idea when she wanted to cut down her 100 foot plus maple tree in the corner of her front yard that it would become such a popular place. During the summer, Basinet with the help of her husband cut down the tree and with her magical touch turned it into a house for fairies. For Basinet, faires are a way of life. She does fairy hair. Yes, there is such a thing. Strands of glitter adorn her hair and she does it for other women. She says it a self-esteem booster and a great conversation starter.

"We all need all the joy we can get," says Basinet whose main goal in creating the sprite cottage was to share it with her neighbors. The best part of the cottage is it is ever-changing, with new fairies and decorations for each season, lights in the windows, flowerbeds, and rocks for children to wish on. For Basinet community is important. So when she started to notice Asher coming daily it warmed her heart. That warmth doubled when Asher left a letter for Basinet in the Fairy House mailbox - a bright glittery pink. The letter from Asher thanked the fairy godmother of the street for making such a magical place. Basinest was overwhelmed.

"This is why we built this. This is what it is all about," Basinet says.

On a cold Friday morning, Basinet and Asher finally get to meet. Asher 'oohed' and 'awed' at the fairies inside the treehouse as though he hadn't seen them many times before. He lifted the latch and opened the door several times and then spent more than an hour exploring the small snow piles and shrubs in Basinet's yard, no doubt ones he has explored several times before.

For his mother Andrea, it means a lot that Basinet would go to great lengths to do something for the community. But for Basinest it was an endeavor that keeps giving back to her as she watches, from the safe distance of her front bay window as Asher and other neighborhood children have a safe place to explore in a world where safe places are in short supply.