Everyone loves puffins. So how are these adorable seabirds faring? 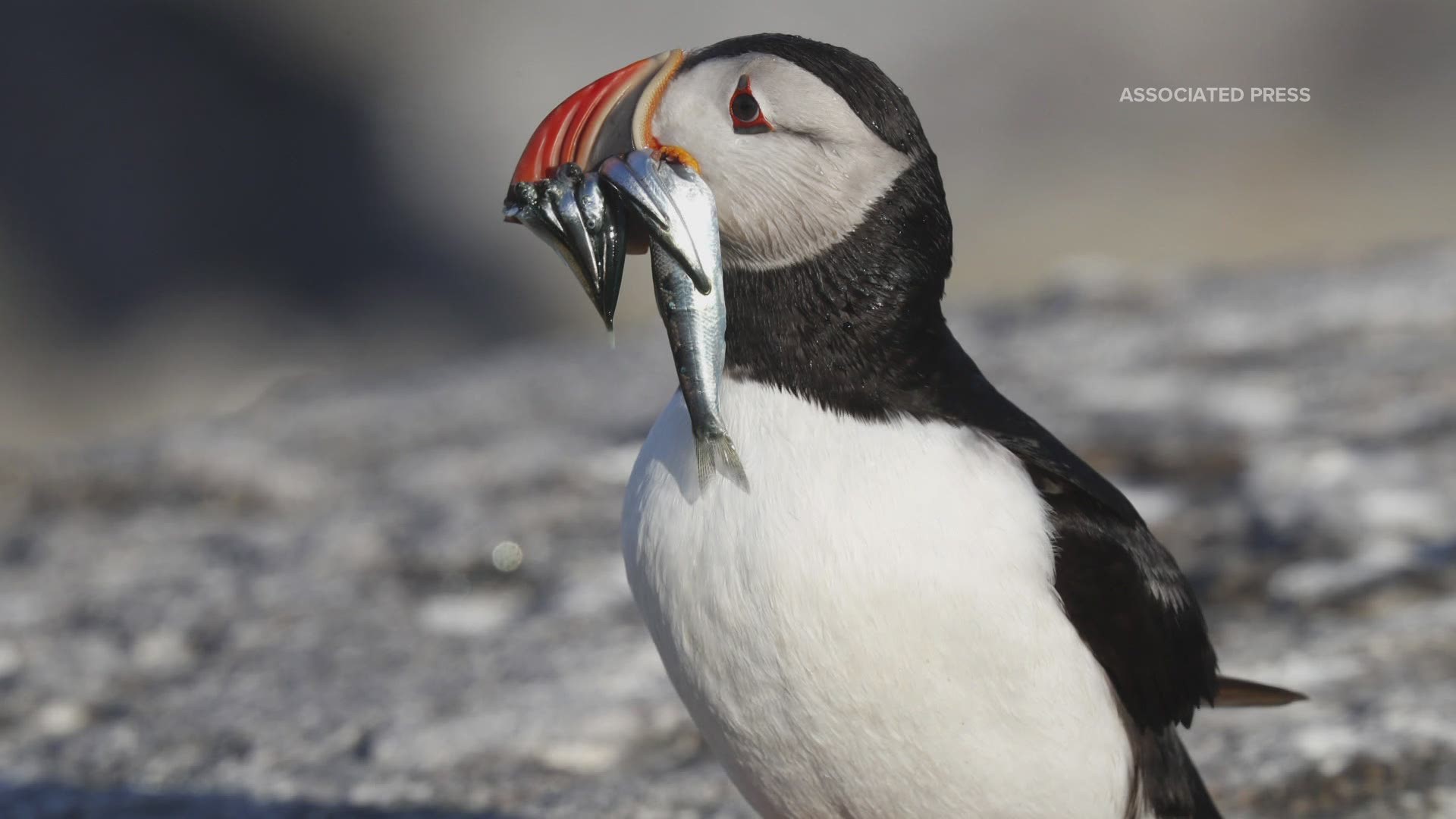 PORTLAND, Maine — Little over a century ago the puffin population in Maine was in dire shape. The odd-looking but endearing seabird, prized for its colorful feathers used to decorate women’s hats and other clothing, had been hunted nearly to extinction in the state. In 1902 Matinicus Rock--one of the islands where puffins traditionally nested—was home, according to the Audubon Society, to just one pair of nesting puffins.

The restoration of these birds to offshore islands in recent decades is one of Maine’s stirring environmental success stories. “Puffins are doing relatively well in Maine,” says Don Lyons, Director of Conservation Science at the Audubon Seabird Institute. “We’re generally seeing more puffins nesting each year…but they are in some years struggling to raise chicks.” Audubon, it’s worth noting, has played a pivotal role in bringing the birds back.

Along the challenges puffins still face: rising temperatures in the Gulf of Maine, which scientists say is one of the fastest-warming bodies of ocean water in the world. As the temperatures increase, the fish that puffins eat swim farther out to sea to reach cooler water. “That takes them away from the islands here on the coast where the puffins are nesting and where they’re tied during the breeding season because they’re feeding their chicks,” Lyons says. The result? “Puffins have to work harder to go further offshore and dive deeper to catch that prey. They spend more time doing it and they’re working harder, so they feed chicks less.”

What other challenges do puffins face because of changing habitat? And what can be done to protect them? Watch our conversation with Don Lyons to learn more.

RELATED: An annual celebration from “Down East”: The best of Maine