Even at the end of life, we are soothed by the power of music

When performing for those with just days or hours left, “it gives meaning in your playing” 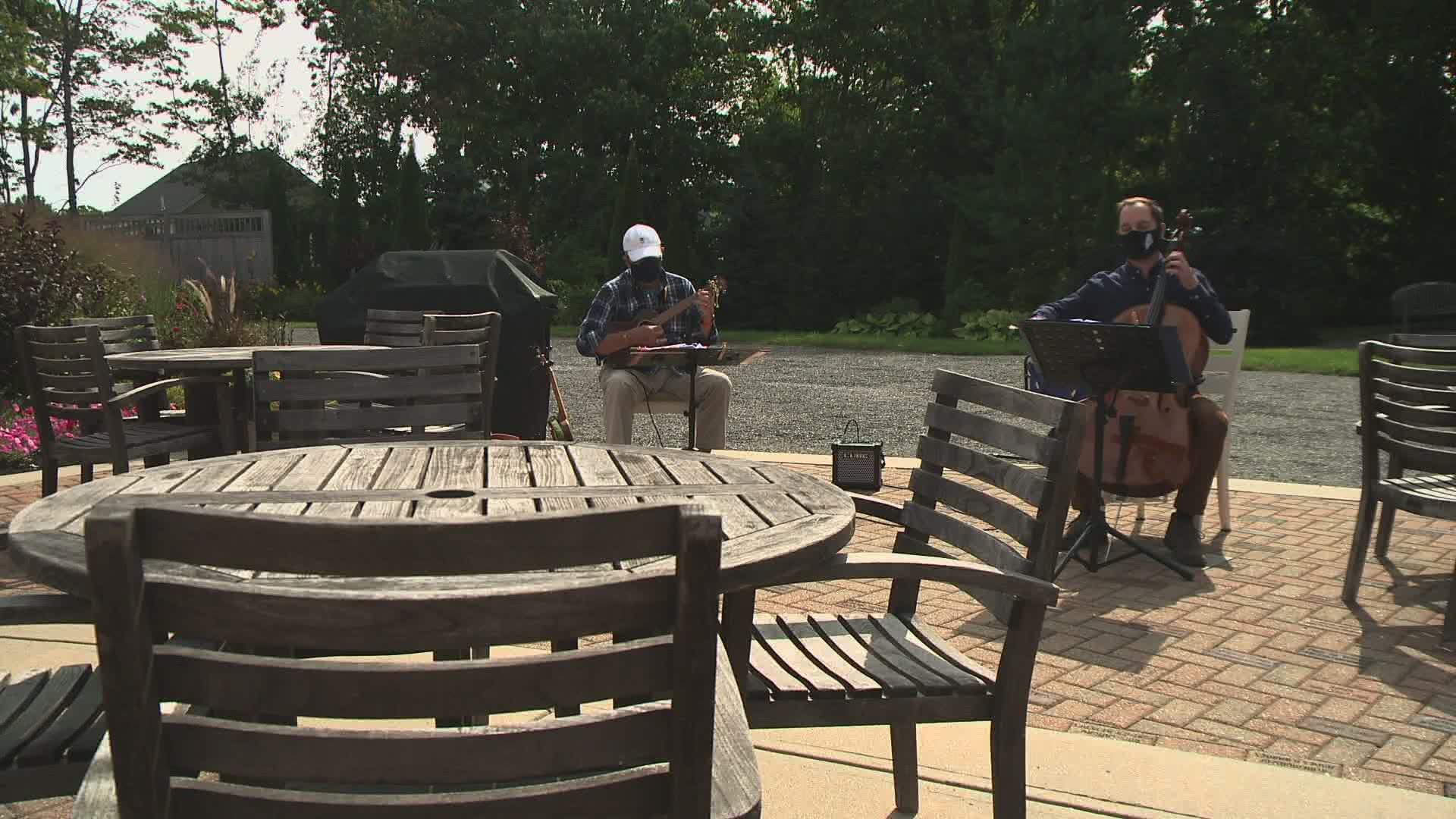 SCARBOROUGH, Maine — When the end of life approaches and hospice care is called for, the vast majority of people in southern Maine who need it will receive it at home. A small number, though, will go to the Gosnell Memorial Hospice House in Scarborough.

Among those providing services at the Gosnell House are volunteers, including Lee Urban and Shannon Allen, who offer something out of the ordinary. They play music, Lee on ukulele, Shannon on cello. “We are there to help people find peace,” Urban says. “Find peace in a time that will happen to all of us.”

“I don’t know how to explain it,” Allen says. “But when you’re here you connect right away into what’s going on.”

The people receiving care are at the very end of their lives, with mere days or even hours left. Rarely can they go outside or to the lobby to listen to the performances. But their windows or doors might be opened, and the music wafts through the air.

On one occasion a woman asked Urban and Allen to move outside the room where her mother lay dying, then requested that they play a song that she and her mother used to sing together years ago. Afterward, the daughter came out from the room and said that, as she sang along with the music, her mother—who had not moved a muscle for days—smiled.

For Urban and Allen, these performances are not depressing or melancholy. Quite the opposite, in fact. “Knowing that this could be somebody’s last song that they’re going to hear, it gives you meaning in your playing,” Allen says.

Urban agrees. As he told me about the experience of performing not just for the dying but also for their families and caregivers, his voice started to crack. “That’s how powerful it is,” he said.

RELATED: The Portland Symphony Orchestra gets ready for a fall season like no other