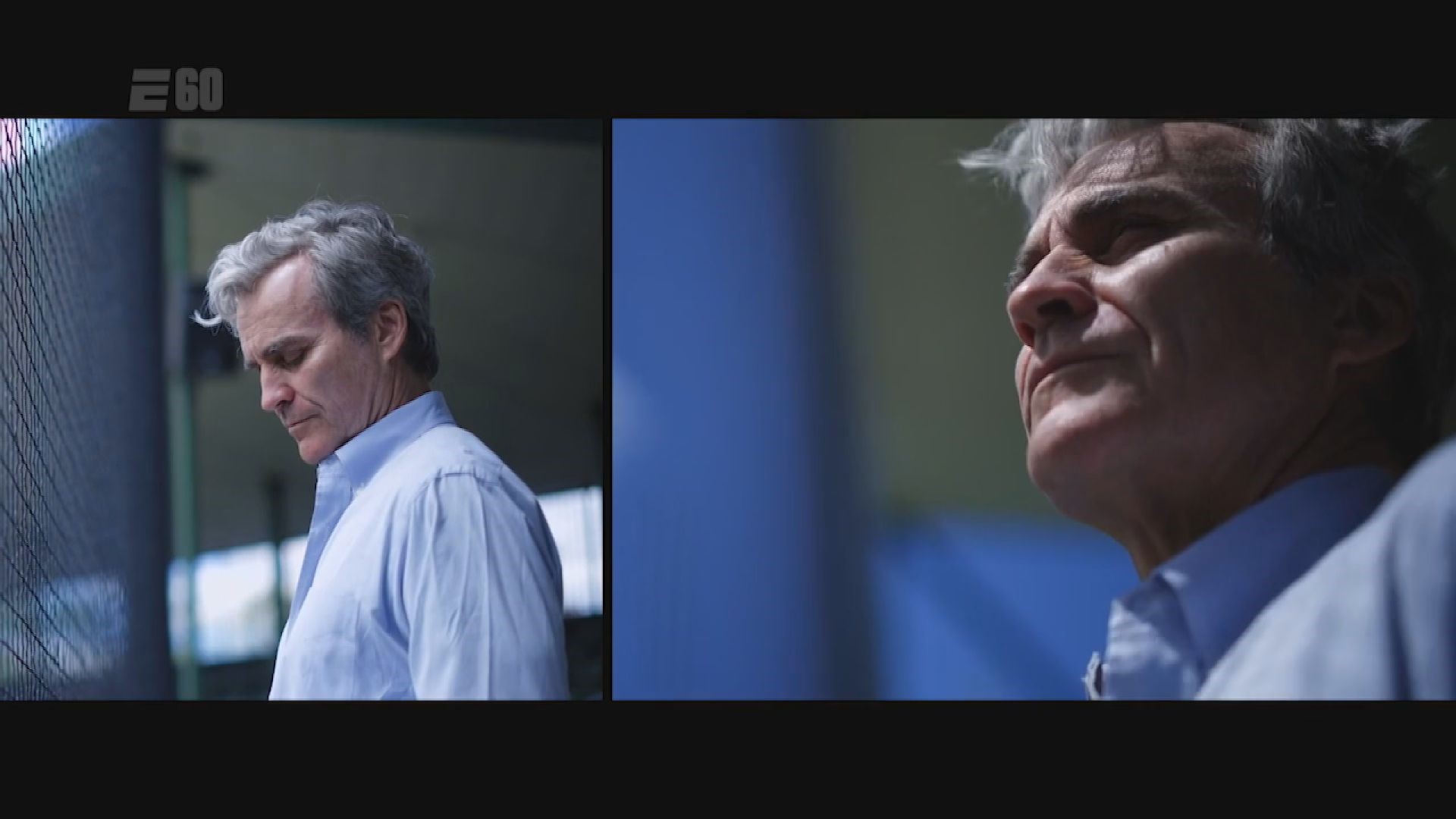 SANFORD, Maine — Award-winning journalist Tom Junod spent two years investigating the hit and run at Goodall Park in Sanford that killed 68-year-old Douglas Parkhurst. During a youth baseball game on June 1, 2018, a car driven by Carol Sharrow careened onto the field nearly missing players and umpires while family and friends watched in horror from the stands.

According to Junod's documentary "A Hero of Goodall Park," Douglas Parkhurst, who was at the field to watch his grandson play ball, told his daughter-in-law he had 'to save the children' and ran from the stands in an attempt to stop the car. Parkhurst was the only person hit by the erratic driver.

For a day, maybe two, Parkhurst was hailed a hero as the cell phone footage of the car and Parkhurst's death was shared by media outlets across the country. But it quickly came to light that Parkhurst had kept secret his involvement in another hit and run 50 years prior in Fulton, New York that killed a 4-year-old girl. It was this bizarre twist that caught the attention of ESPN's senior writer Tom Junod.

During the two years Junod worked on the story, he visited Sanford at least four times interviewing players and people who were at the game at Goodall Park the night Parkhurst was killed along with family and friends of Parkhurst. Junod also traveled to Fulton, New York where he interviewed Darlene Ashby, the sister of 4-year-old Carolee Ashby who was killed on Halloween night in 1968 by a car driven by Parkhurst.

According to Junod's reporting, Parkhurst was only 18-years-old and had been drinking with his brother on the night he hit and killed Carolee Ashbee. Carolee was just four-years-old and was crossing the street with her sister Darlene who was 15-years-old. The two were holding hands when Carolee was hit by Parkhurst's car.

For years the Ashby family searched for the person who had hit and killed their daughter and sister but to no avail until according to Junod's reporting in 2013 Fulton police reopened the case.

Junod's documentary, directed by Martin Khodabakhshian, shows for the first time Parkhurst's 2013 confession to Fulton Police, that he had hit Carolee Ashby in 1968. Because of the statute of limitations, Parkhurst never served any time for the crime. After refusing to apologize to the Ashby family, Parkhurst moved to Sanford, Maine.

'A Hero of Goodall Park' also includes the first on-camera interview with Carol Sharrow, who was driving the car that killed Douglas Parkhurst in Sanford at Goodall Park. Sharrow was found not criminally responsible for Parkhurst's death due to mental illness. Junod visited Sharrow at Riverview Psychiatric Center in Augusta and said of all the people he met during his reporting Sharrow is the person he is most in contact with and that she has become a friend.

The documentary also includes the first on-camera interview with Parkhurst's son and grandson and footage of the first meeting of members of the Parkhurst and Ashby families.

"I had never spent time in a mill town that had a prosperous past and a narrow present and future," Junod said of his time in Sanford.

"What I loved about Sanford was the persistence of the town that was centered around Goodall Park. When you went to Sanford and went to a ballgame on a Friday night, you knew why the hit and run was such a big deal because the town put so much emphasis and hope into the simple ball games at Goodall Park. I had never seen an old ballpark have such a position of prominence in a community."

"Whenever it came time to say the right thing D3, this kid who worked at the Burger King on the highway, found a way to say it. He just said remarkable things all along whenever it was time to say it," Junod says of Douglas Parkhurst III.

The problem was D3 didn't have a car or a license, so Junod rented a car and drove D3 400 miles to meet Darlene Ashby in Fulton, New York.

"When D3 got out of that car and walked to Darlene and made that apology that took 50 years to make, I'm not much of a praying person but I said a prayer and it was really a powerful moment for me," says Junod

"A Hero of Goodall Park" can be watched on ESPN's streaming service.