He has no intention of retiring. 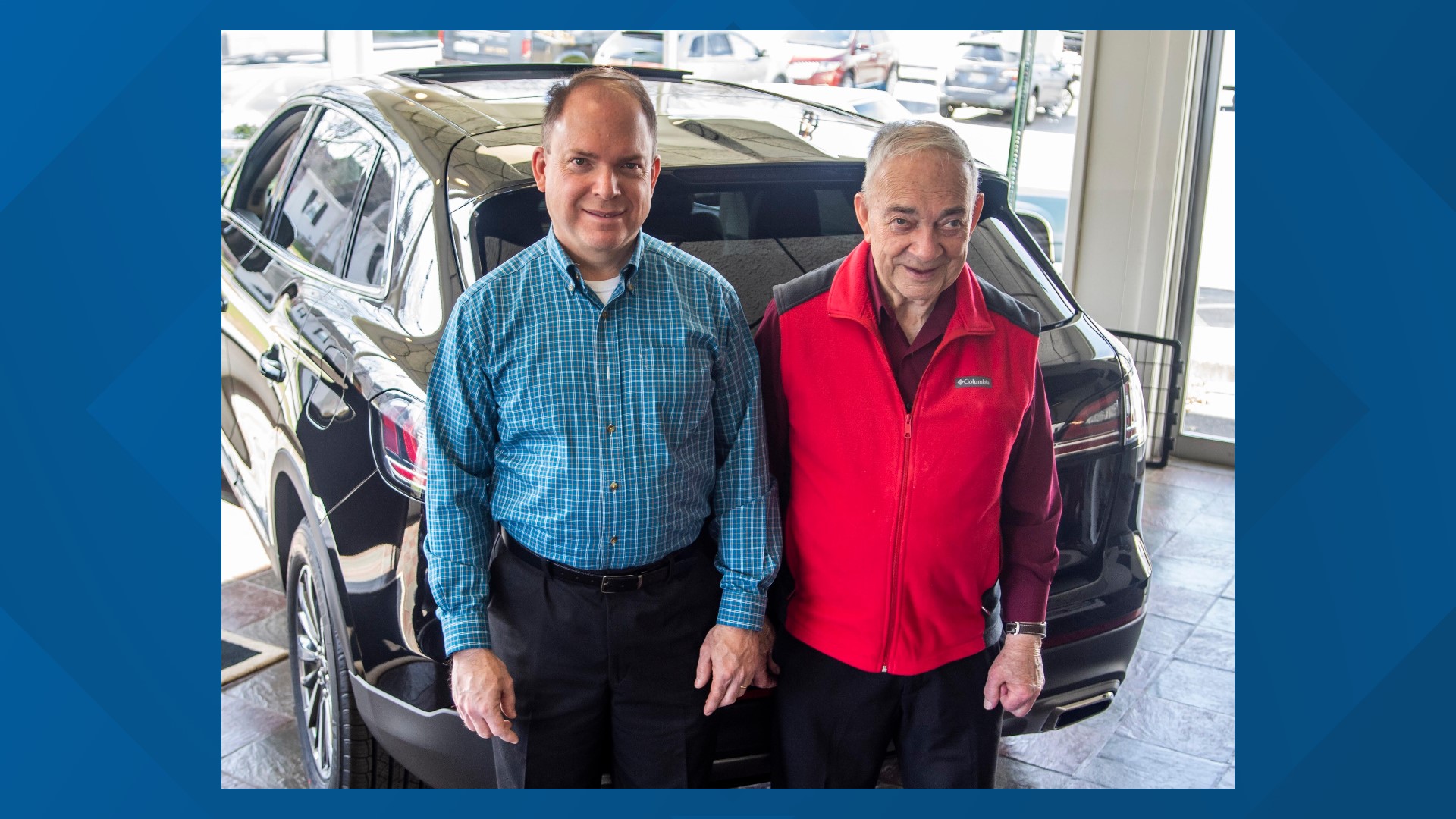 GARDINER, Maine — As a business owner, you must be doing something right when your customers write to us here at 207 to tell us how well you treat them. Such is the case with D&H Motors in Gardiner where they have been in the car business for more than six decades. The email we received simply said, “I’m just a 15 year, very-pleased customer. They are the real deal.”

They are, in part, "the real deal" because the owner has been in the shop nearly every day for those six decades. We went to Gardiner to meet the man in the driver's seat of D&H Motors.

Ernie Haskell started selling cars in 1955—66 years ago. He started out selling new Hudsons. Back in the '50s, The Hudson was known as a safe car with a smooth ride. And Ernie Haskell thought that brand might be a good one for him to sell.

He was originally in the bus business and had a big garage with a showroom. That showroom was the perfect spot to sell cars. Hudsons, according to Ernie, were nice heavy cars, and he started to sell them, even though he really didn’t know all that much about selling cars. He then moved over to selling International Trucks.

"It took a while, in 1957 I did get Mercury and I kept International Truck too. I moved from 13 Water Street Hallowell, just over the line," recalls Ernie.

He moved to Water Street in Gardiner in 1960 and, around that time, started selling Lincolns. 61 years later, he is still selling Lincolns, and this is still the place he comes to work – every day.

He credits his success and longevity to hiring the right people, which has meant having his two sons on staff. Randy, a co-owner and sales manager, has been involved at D & H since he was nine.

"What he has modeled for us – over the years – is very sincere, honesty, integrity, and respect. And that’s what we do here," Randy says. They have relied on word-of-mouth, a little radio advertising, repeat customers, and no-pressure sales.

What’s also a bit different is Ernie’s devotion to his business and his customers. He is generally in the shop by about eight o'clock in the morning, eager to greet customers. Randy puts it this way: "I think it’s all about people. And that when you own the business, he believes – as we do – that you go to work every day. And you’re there for your employees, in order to support them, so they do the best job that they can, and you’re also there for the clients that come in that choose to come and see you."

There are only five Lincoln dealerships in the state of Maine and theirs is the only one that sells only Lincolns. As a Lincoln dealer, Ernie’s seen the world, winning trips to Bermuda, Paris, Rome, and Hawaii. But he’s most comfortable in the showroom, with his pup Katie nearby and an eye out the window, waiting for another old friend to arrive in a Lincoln that was purchased at D&H.

Credit: NCM
Father and son in the D & H showroom in Gardiner

Randy has worked alongside his father for most of his life.

"Knowing him, this has been his whole life. For him to do anything different just doesn’t make sense to him at all," Randy says. "Many customers have come here and said, “I can’t believe a place like this exists.  And even one person called it “'he hidden gem.' And when you think about it, it is so very true."

Ernie has no intention of retiring.

"What’s retirement?" he says. "Where would you stop and what would you do?"

The viewer who wrote to us about Ernie Haskell said “this (D&H Motors) Lincoln dealership has treated the Gardiner area well for years.” Ernie Haskell would likely say it’s been the community that has treated him – and his family – so well.