For 66 weeks, Maine musician Pete Kilpatrick has been offering listeners free online live performances that are so much more than music. 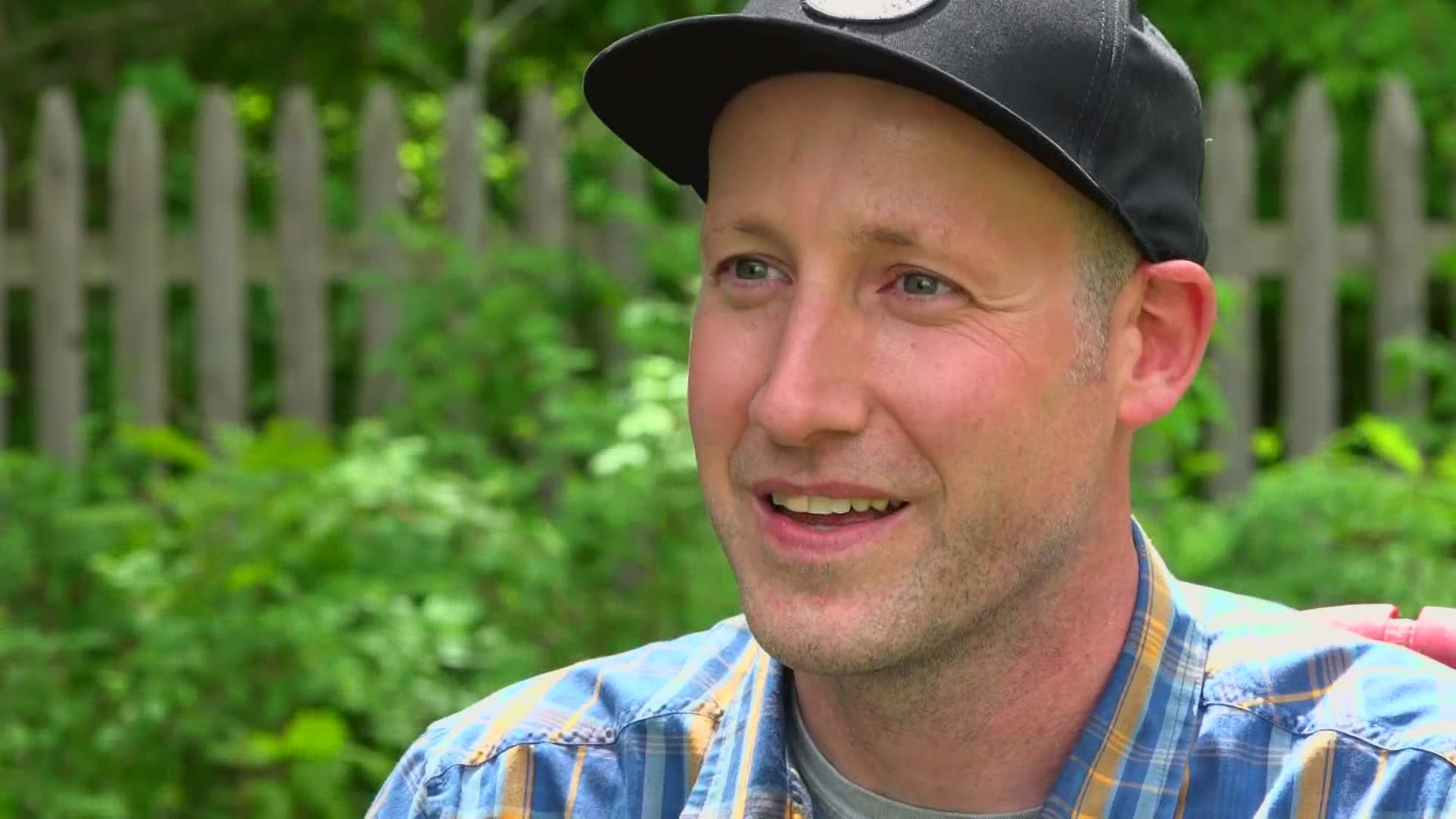 BRUNSWICK, Maine — From the comfort of his couch, in the room that overlooks the backyard with walls painted avocado green and flanked by his lava lamp, Pete Kilpatrick sits with his guitar in hand and plays for hundreds of people every Saturday night.

He can't see them, he can't hear them but Kilpatrick knows they're listening as they send a torrent of comments and emojis his way.

For 65 weeks, Kilpatrick has taken requests and played original music as he offers free online live performances on Facebook. What started in March of 2020 when he, like so many others was forced from the stage, was simply a way to stay connected with fans during the pandemic. After more than a year it has turned into a highlight for listeners and a community has grown around the music.

The concert series is called the Green Concert Series because of the olive backdrop of his walls. "I call them the 'greenies',  the people who watch the Green Room," Kilpatrick said.

People like Maine teacher Keith Kelley, who has been tracking the stats of Kilpatrick's concerts, is one of several die-hard 'greenies'.

"Pete has brought not only myself but everyone who attends his series every week a renewed sense of hope," said Mainer living in North Carolina, Tim Cramer.

A hope that was needed for fans like Kelley who went through a cancer diagnosis and treatment during the pandemic. Alone in the hospital without any visitors able to be with him, Kelley said Kilpatrick's music helped him not feel alone during an extremely difficult time.

The music has brought other families who are far apart together like Michelle Hedrich's whose daughters and grandchildren listen from separate homes in different states.

"It was really wonderful for us. It covered three generations. Our daughters, our grandchildren everyone watched Pete and loved Pete over the pandemic," said Hedrich.

In return, Kilpatrick has generously not only shared his time but his family, singing songs with both his son and daughter.

1 / 9
contributed
Alicia Okumera and her daughter watch Live from the Green Room Concert Series from Japan.

Fans from all over have been streaming the concerts including Alicia Okumera who lives in Japan. Like many other fans, she had never heard of Pete Kilpatrick until the Green Concert Series. She's now a loyal 'greenie' who watches live on Sunday mornings.

During a time he wasn't sure if he would be able to keep devoting himself to his music, fans have kept Kilpatrick afloat, through morale and virtually tipping something that Kilpatrick is extremely grateful for. He even recorded two new albums, in part because of advice given from 'greenies.' 'Songs from the Green Room' was released in 2020 and Back Roads will be released in late June.

"The music is almost secondary in The Green Room ...because so many people have gotten to know each other they've formed a friendship that they never would have formed if we hadn't started doing this," said Kilpatrick.

Many of the 'greenies' have formed friendships that they say have already extended beyond the concert series.

"I've always thought music is the universal language but it never clicked with me as it has so much in the last year just how it brings people together 16:15

They came for the music, but they're leaving friends.

Although Kilpatrick is gearing up for a busy live concert season, including an upcoming performance at the Camden Opera House on June 25, he still wants to continue offering some live online performances he hopes monthly.